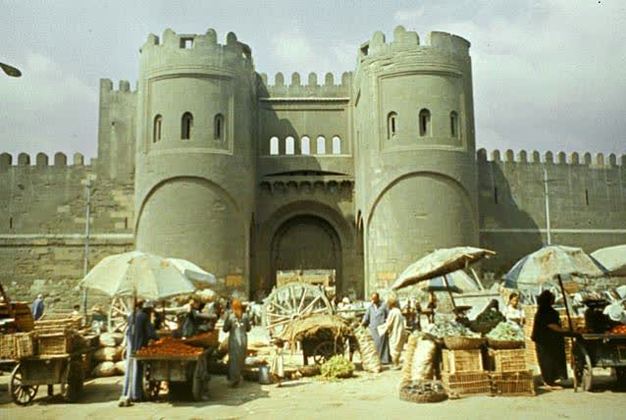 Share
By the time of the powerful Fatimid vizier Badr al-Jamali, who ruled Egypt from 1074 to 1094, Cairo had outgrown the sun-dried brick wall of Jawhar. This, coupled with the attempts of the Turkoman Atsiz to take Cairo, among other threats from the East, spurred al-Jamali to rebuild the walls of the city. Bab al-Futuh, built in 1087, was part of this rebuilding campaign which included two other gates: Bab al-Nasr and Bab Zuwayla.

An Armenian himself, al-Jamali is reported to have employed Armenians from northern Mesopotamia as well as Syrians in a vast building campaign which he embarked on shortly after he assumed power. One tradition ascribes the erection of the walls and gates to three brothers from Edessa, each one building one gate. They were possibly Christian refugees who fled Edessa after its capture by the Seljuqs from the Byzantines in 1086 and sought asylum under the tolerant rule of the Fatimids.

The Byzantine and north Syrian stone details and techniques demonstrate the most direct encounter between neighboring regional building traditions, manifested in the importation of architects and possibly of manpower. Bab al-Futuh and Bab Zuwayla mark the northern and southern limits respectively of the Fatimid city and function as termini for Shari' al Mu'izz li Din Allah, the major Fatimid north-south spine.

Each of the three gates comprises two massive towers, which are square in Bab al-Nasr and rounded in Bab al-Futuh and Bab Zuwayla. The towers flank a recessed, highly articulated gateway and are joined above the gateway by a curtain wall. The incorporation of spherical-triangle pendentives employed to carry the dome over the entrance-passage, the use of semicircular arches and horizontal arches, and the intersection of rising tunnel vaults were unusual in Egyptian architecture.

The new Syrian taste for stone, which appropriates classical details in non-classical schemes, as exemplified by the Aleppo minaret, resonates through the three gates of Badr al-Jamali. These Cairene gates reflect the legacy of late antique architecture in north Syria, combined with Fatimid decorative elements.

The stretch of wall between Bab al Futuh and Bab al Nasr follows the salient of al Hakim's northern minaret, since the walls were intended to enclose the mosque, which originally stood outside the city walls of Jawhar. Named after the Fatimid soldiers from the Berber tribe al Zawila who settled near the site of the original gate in 969, Bab Zuwayla was also named Bab al Mitwalli in the Ottoman period since the wali of the janissaries resided near the gate.

It was first the site of great Mamluk ceremonials and processions, and later used for executions. Apart from being great representatives of Islamic military architecture, these fortifications, which were never put to the test by invaders, are particularly important for being among the very few examples of military work predating the Crusades. Over the lintel of Bab al-Nasr is the earliest extant example of a Shi'i creed appearing on an extant Fatimid monument from Cairo. 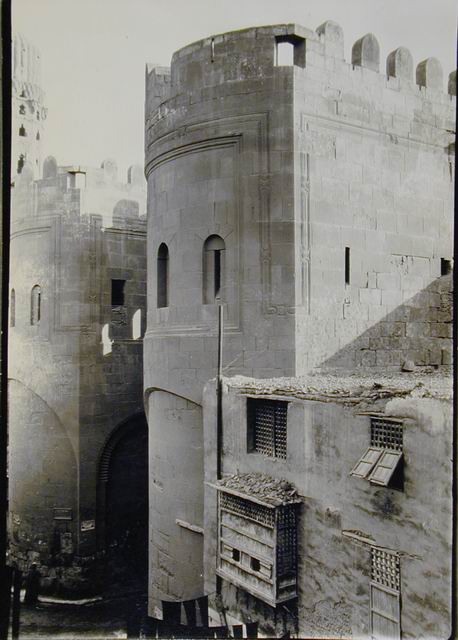