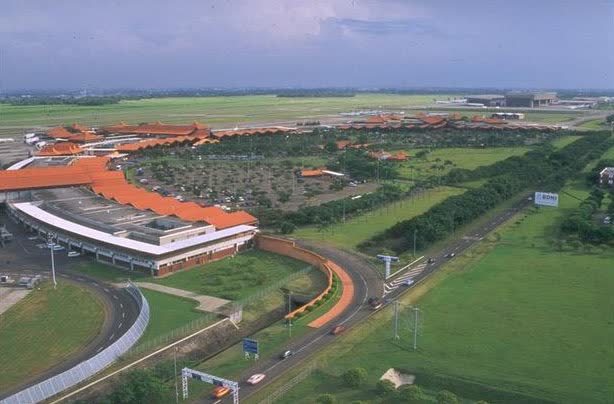 Share
Recipient of the Aga Khan Award for Architecture in 1995.
Development of the Indonesian economy, with the consequent growth in air traffic, required the government to increase the size of its international/domestic airport by adding a second terminal, raising its total capacity to 18 million passengers. Terminal II is very similar to Terminal I, completed in 1985, both having been designed by Paul Andreu, and based on the premise that unlike most contemporary airports, Indonesia's should reflect the culture and traditions of the country. Both terminals interpret the rural buildings of Java: clusters of shingled houses with steeply inclined roofs scattered among flat expanses of fields. Both integrate landscape and building in an exceptionally beautiful way. The airport structures are designed as open pavilions, set within the lush, natural environment, providing shade, shelter, and ventilation. The architect's wish to keep the pavilions and all the circulation spaces beyond the check--in areas completely open to the natural landscape was fully realised in Terminal I, but not in Terminal II, since the airport authorities wished the newer terminal to be free of rain and insects, and air conditioned. Windows had to be installed throughout the pavilions and circulation corridors of Terminal II, thus separating the interior spaces from the gardens. Even so, the landscaped setting, filled with tropical plants, offers the traveller a satisfying preview of the natural landscape of central Java. The jury noted with favour that both terminals, unlike most airports where the efficient movement of people is the primary objective, provide a variety of spaces for gathering and contemplation, alone or in groups. 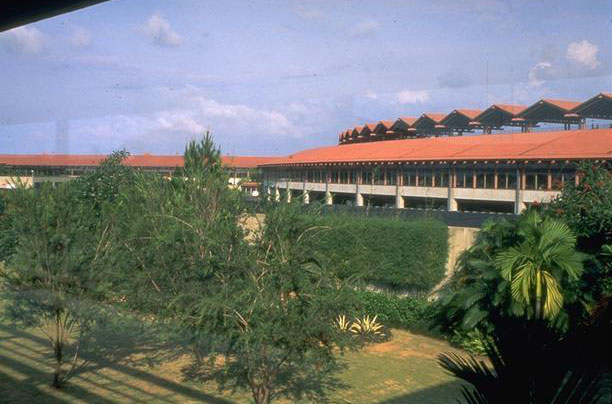