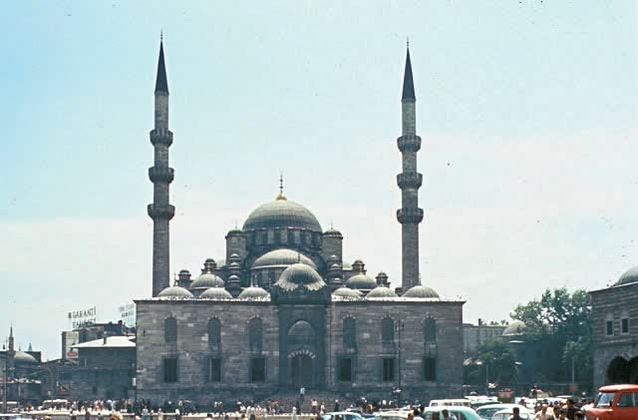 Share
The Yeni Valide Mosque, more widely known as the Yeni Cami or new mosque, is located adjoining the harbor on the southern bank of the Golden Horn, at the foot of the bridge connecting the historic peninsula with Karaköy to the north. Began in 1597/1006 AH by Safiye Sultan, the mother of Mehmed III (r. 1595-1603/1003-1012 AH) and completed more than half a century later by Turhan Hatice Sultan, the mother of Mehmed IV (r. 1648-1687/1058-1099 AH), the mosque stands in a long tradition of architectural patronage by Ottoman queen mothers or valides. A dense Jewish neighborhood was cleared for the mosque designed by architect Davud Aga, replaced by Dalgiç Mehmed Aga after his death in 1598 until work halted in 1603/1012 AH. Architect Mustafa Aga completed the mosque between 1661-1663/1071-1073 AH and built a sultan's kiosk (hünkar kasri), a room for Quran readers (darülkurra), tomb (türbe), Quranic school (sibyan mektebi), sabil (sebil), public fountains (çesme), stores (dükkan) and a closed spice market known as the Egyptian bazaar (Misir Çarsisi) around the mosque. A room for the mosque timekeeper (muvakkithane) was added in the nineteenth century. Details concerning the construction and organization of the complex are documented in waqf documents of the period kept in the Süleymaniye Library. 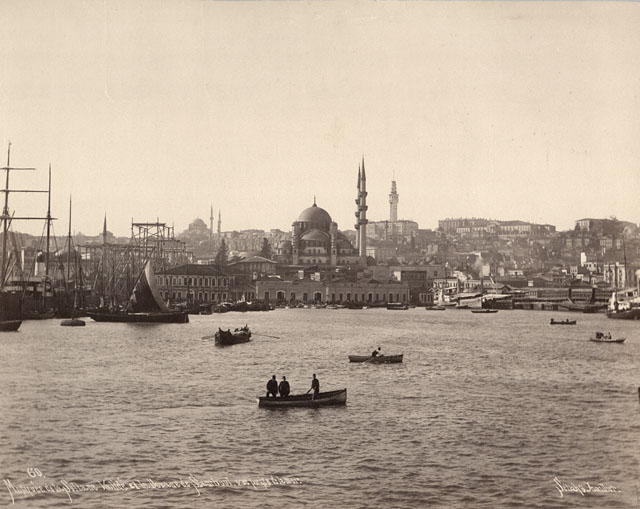