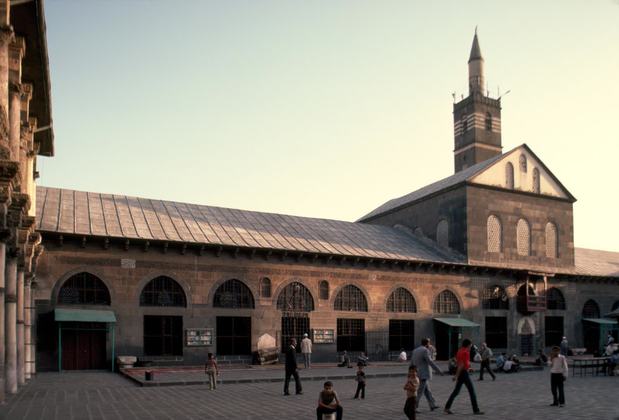 The Great Mosque of Diyarbakır is the oldest and one of the most significant mosques in Anatolia. Following the Muslim capture of Diyarbakır in 639, a church in the city was used in part as a mosque. According to an inscription in situ, Seljuk sultan Malikshah directed the local governor to rebuild the mosque in the year 1091/484 AH. Natural disasters and the building campaigns of later rulers resulted in numerous changes to the mosque and led to its current form.

The Diyarbakır Mosque consists of a rectangular courtyard measuring 63 x 30 meters, bound on the east and west sides by a single-aisled portico, on the north by an agglomeration of buildings of later date, and on the south by a long and narrow prayer hall. The main entrance to the mosque is through a monumental portal on its east side. Today a large public square paved with stone adjoins the portal. The portal itself consists of a large two-story block with an arched iwan-like space at its center through which visitors enter.

Passing through the portal leads visitors onto the courtyard’s east portico. The east and west courtyard facades are both two stories high and ornately decorated with stone carving. The north facade only rises one story. The prayer hall facade (south facade) is divided into three sections that reflect its internal organization: two lateral arms one story high are broken in the center by a section that rises to more than twice the height of the arms and is surmounted by a gable. Doorways surmounted by large lunettes, now filled with glass, puncture the facade of the prayer hall's lateral arms, and inscription bands detailing the date of their construction run above these under the eves of the roof. The prayer hall as it stands today is the result of several building campaigns. According to the inscription band on its facade, the east arm was completed in 1091/484 and the west arm completed some decades later. The central gabled portion is a newer structure, possibly Ottoman, although it likely replaces an older structure of a similar form.1

The interior of the prayer hall comprises a wide central nave housed under the gabled section flanked by two lateral wings three aisles deep (from courtyard to qibla wall) and five bays long (from central nave to lateral walls). A pitched roof, running perpendicular to that of the nave, covers the lateral arms.

Several features of the Diyarbakır mosque bear an unmistakable resemblance to the Umayyad Mosque of Damascus, constructed in 715/97 AH. The proportions of the courtyard and prayer hall, the eastern entrance, and the plan of the prayer hall with its central nave and lateral arms, are all conspicuous aspects of the Damascus mosque.2 The status of the Damascus mosque as one of the earliest mosques of Islam made it culturally significant throughout the Islamic world, spurring a number of imitations.

In addition to local basalt blocks, parts of Byzantine buildings were reused to construct the mosque. Antique columns and capitals, friezes with vine scroll ornament, and fragments of Greek inscriptions show the use of spolia on the courtyard facades.

Later additions to the mosque occupy the north side of the courtyard. Occupying the west end is a small, three-aisled prayer hall known as Şafi Kısmı as it was reserved for followers of the Shafi’ite school of Islamic law. Across an uncovered walkway that opens onto the center of the north side of the courtyard is a portico that leads onto a madrasa known as Mesudiye Medresesi. It was constructed during the last decade of the twelfth/sixth century AH and first decade of the thirteenth/seventh century AH.

An octagonal ablutions fountain covered by a pyramidal roof occupies the center of the courtyard. This feature was constructed in 1890. 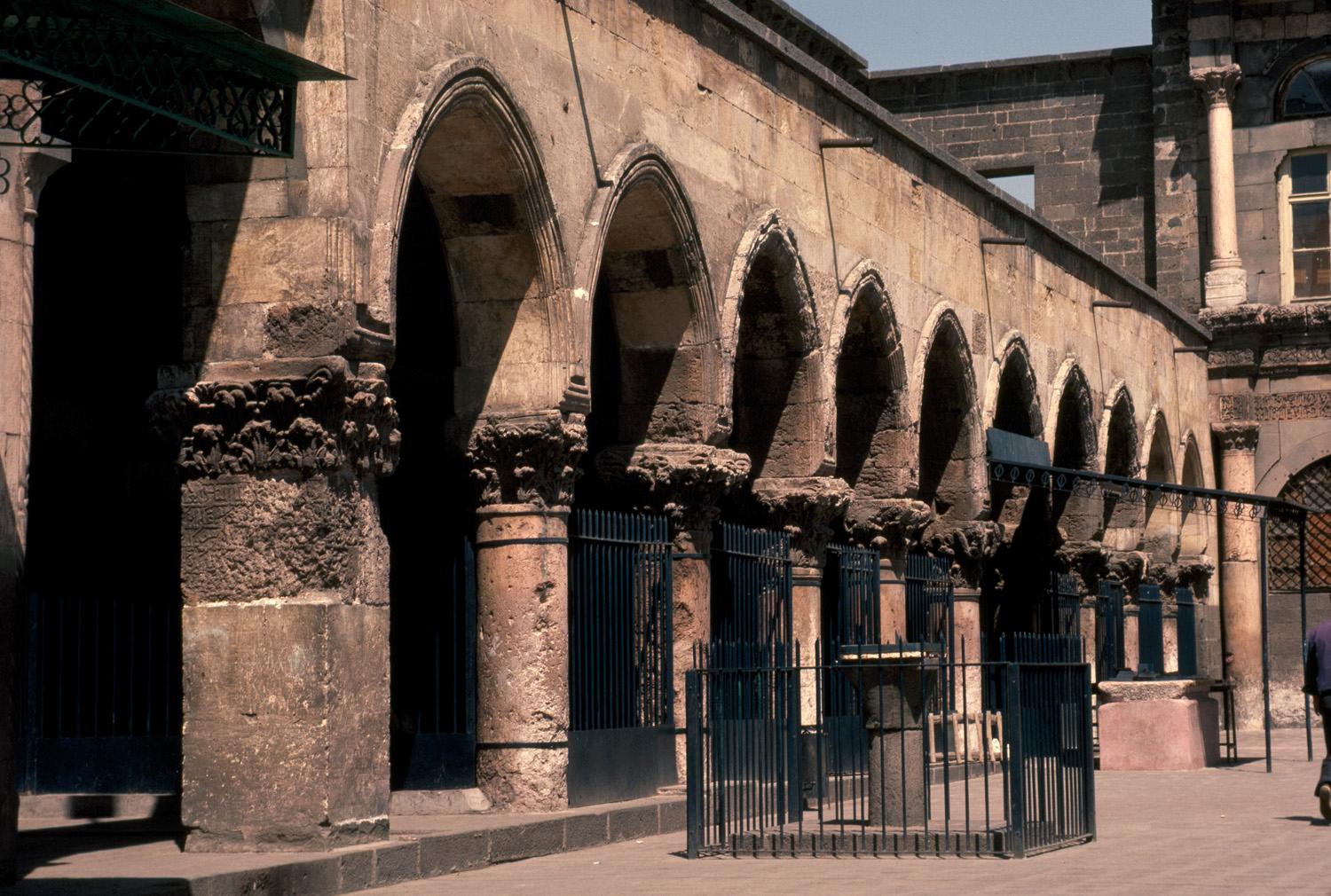