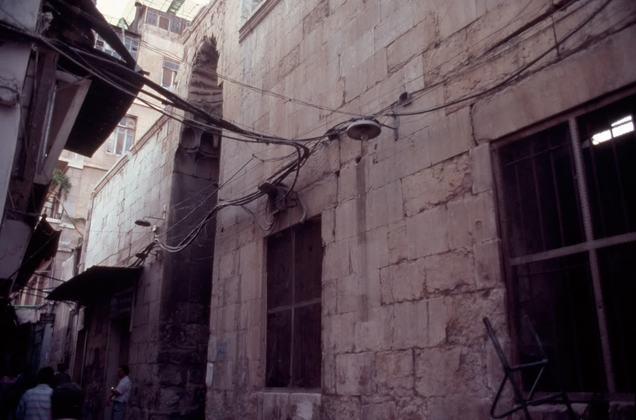 Share
Sayf al-Din Tankiz, Mamluk Governor of Damascus, built the mosque known by his name in 1317, along with the adjoining mausoleum. The site on the small square off Suq al-Khayyatin opposite the Ayyubid qilijiyya was previously occupied by a church dedicated to Saint Nicholas, of which some columns and capitals are incorporated into the Mamluk structure.

The mosque is composed of a prayer hall, preceded by a courtyard with a minaret. The prayer hall has three aisles formed by two rows of arches carried on Byzantine porphyry columns. A variety of Byzantine and muqarnas capitals crown the columns, whose pedestals are now buried under the floor surface. The flat roof is supported on the arcades and on the wooden beams that transverse them. Centered on the southern qibla wall is the mihrab, marked with a horseshoe arch. Its niche is covered with glass mosaics depicting a chalice and framed with decorative bands added over different periods.

An inscription on the southern wall attributes a restoration in 1367 to Mamluk sultan Ali Majd, an unknown figure, considering that Sultan Ashraf Shaaban was in power at that time. Extensive repairs are also known to have been initiated by Sultan al-Zaher Barqiyaruk. Ibrahim Pasha converted the complex into an Ottoman barracks and military school in 1832. Neglected since the latest restorations in 1932, this prominent Mamluk complex is almost completely destroyed today, with the exception of its grand gates, mausoleum and minaret.

Rihawi, Abdul Qader. Arabic Islamic Architecture: Its Characteristics and Traces in Syria, 169. Damascus: Publications of the Ministry of Culture and National Leadership, 1979. 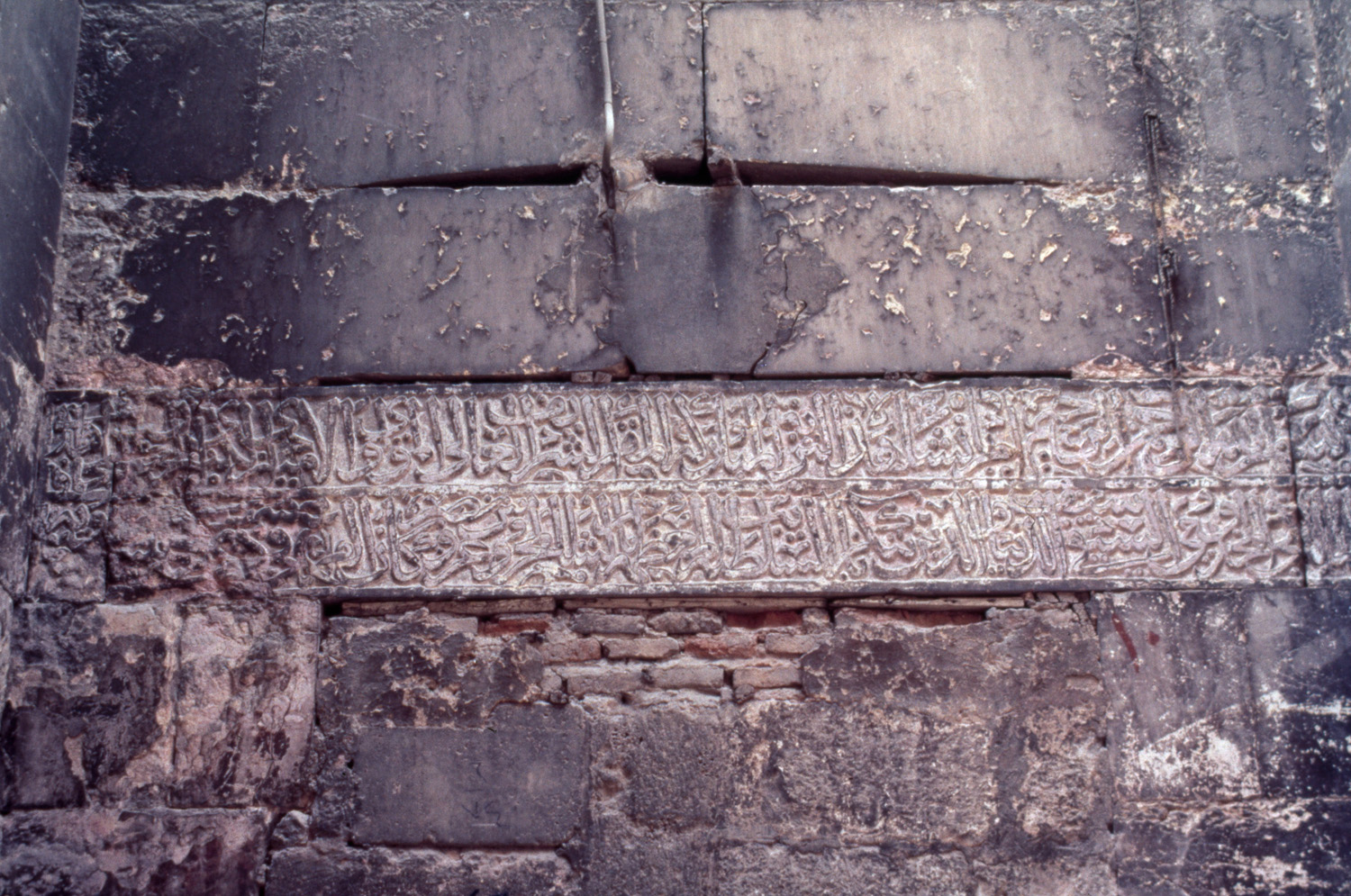