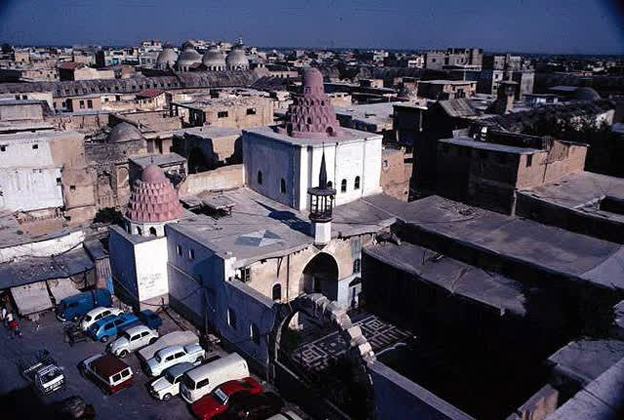 Share
The funerary madrasa of Nur al-Din is located along the Khayattin Souk, inside the walled city of Damascus. It was built in 1167 by Zangid ruler Nur al-Din (1147-1174) as the first royal madrasa complex in Damascus. The complex is composed of a madrasa, a mosque and the founder's mausoleum.

The ensemble is entered from the east through a portal recess covered with a double cross-vault. A low arch was built across the recess in the fourteenth century to support the double arch of the original vault. There is a dedicatory inscription above the door that cites the name of the founder, the function of the building and its erection date. The portal opens up to a cross-vaulted vestibule leading to the eastern iwan giving onto the madrasa courtyard. To the south of the entry vestibule is a horse shoe arched door topped by a sixteen sided rosette window leading to the tomb chamber and to the north, a staircase leads to the student rooms located on the second floor.

The madrasa rooms are organized around a courtyard measuring 16.6 by 20.6 meters, paved with black and white marble tiles. In the center is a rectangular basin alimented by a water channel connected to a fountain situated on the west iwan. The iwan measures 4.45 meters wide by 3.9 meters deep and is topped by a muqarnas semi-dome. Both the east and west iwans are flanked by two small rooms on each side that are entered from the courtyard. To the south of the courtyard is the prayer hall with a central large door aligned with the mihrab and two smaller side doors. The prayer hall and the madrasa rooms are covered with flat roofs. To the left of the mihrab is a minbar and to the east and west of the prayer hall are two side chambers accessible by individual doors. A minaret with a wooden balcony and roof rises above the arch of the eastern iwan.

The northern side of the courtyard, which was demolished for road enlargement, consisted of an elevated iwan measuring 8.25 meters wide by 7.6 meters deep, and roofed with a barrel vault resting on the side walls. The iwan was flanked by two narrow rooms from each side. Today, only the courtyard walls remain, with its tall central iwan arch.

The mausoleum adjoining the entry vestibule has a square plan measuring 6.6 meters on the side. It is centered on the founder's tomb located below a highly detailed muqarnas dome. Its walls rise taller than the rest of the madrasa complex, lifting the muqarnas dome with its corbels and bulbous crown into the city's skyline. On the vertical surface of cenotaph is an inscriptive lines carved repeatedly on its four sides, dedicated to the memory of the founder. The walls are decorated with niches below a continuous band of calligraphy stating the Kursi surat from the Quran. The space is illuminated with three arched clerestory windows placed above the inscriptive band on each wall; although some of the windows have been closed in. The base of the dome also has four arched windows facing the cardinal points and its upper muqarnas corbels are punctured with smaller openings. The south wall has a mihrab niche flaked by two small columns.

Adjoining the staircase situated to the north of the complex's main entrance is a square room covered with a muqarnas dome, similar to the dome of Nur al-Din's mausoleum. Entered separately, this mausoleum is remnant of Madrasa Nagibiyya and houses the tomb of Amir Djamal al-Din Aqqush an-Nagibi (d. 1269), who governed Damascus from 1261 to 1271 under Sultan Baybars I. 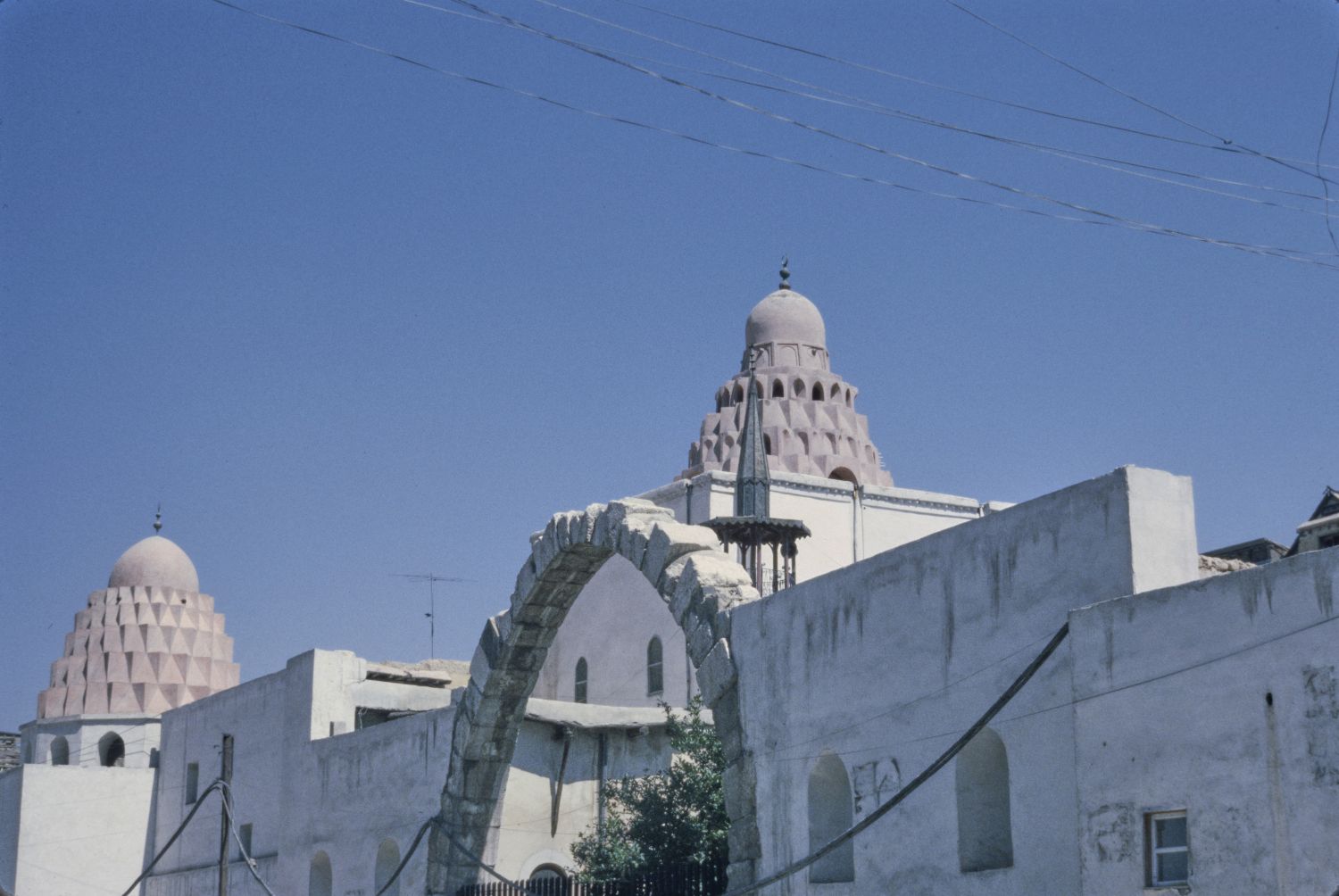