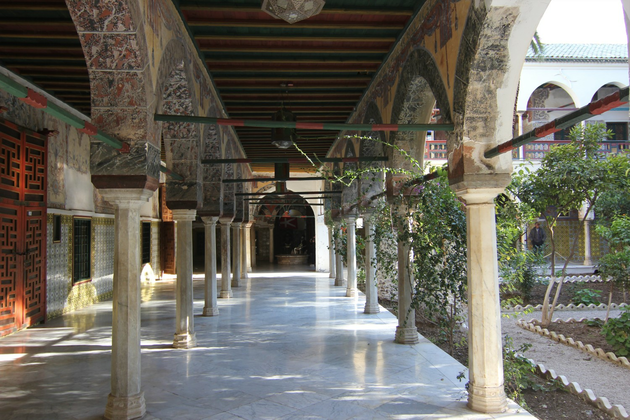 Share
This palace was built by the last Bey (governor) Ottoman of Constantine El Hadj Ahmed Bey between 1826 and 1835. However, this Bey lived in his palace only for a short time, considering that the building was completed just two years before the capture of Constantine by the French army, in 1837.
Thus, this palace is the last example of Algerian Ottoman architecture built before the French occupation and, at the same time, one of the largest and most prestigious. Indeed, this palace covers a vast area of 3300 m² and contains something like 266 marble columns supporting arches and porticoes.  It also contains nearly 40,000 zellij tiles covering an area of approximately 1000 m². To accomplish this massive task, two Algerian master masons were designated for the management of the construction work. It should be noted that, apart from the glaziers who came from Tunis, all the artisans were local.
Spatially, the palace is organized around two large gardens (orange trees and palm trees gardens), a large basin, and a small courtyard. All these last serve as patios from which rooms are lit and ventilated. Indeed, all rooms of the palace open on single, double or triple galleries which in turn open onto these patios. Qbus (alcoves) are found in almost every large room of the palace, including that of the Bey's apartments. The latter is located on the upper floor of the kushk (kiosk) which itself occupies a central position in the palace, between the two gardens. The kushk is illuminated on all sides by regular and large stained glass windows screened with mashrabiya, making this central building a kind of observatory from which the Bey could see everything that happened in his palace.
Nearby, the former harem of the Bey has walls that are completely enclosed and kept hidden from view for privacy reasons. Only small windows with security bars are used to light the harem. The ground floor of the kushk is occupied by the Diwan (royal court) which currently houses an exhibition on Hadj Ahmed Bey.
The floor and stair steps are for the most part covered with white marble pavement. The ceilings, made of cedar wood, are alternately colored red, green and yellow. The foundation of the walls is composed of Roman stones, the rest are in rubble with brick courses. The arches are also in brick and are of unequal sizes. They are all pointed horseshoe arches resting on marble columns, whether slender or massive, round, wreathed or octagonal.
The walls of the palace are covered, up to man's height, with zellij of different colors. Like the columns, the zellij came from Tunis, Livorno, and the most beautiful residences of Constantine, which were stripped for the decoration of the palace. This explains the diversity and heterogeneity of the used materials. Above the zellij, the walls are adorned with fresco paintings that have views of coastal cities with boats, natural landscapes as well as draperies, foliage, and geometric patterns. A band molding in plaster runs along the length of the walls and separates the bottom zellij from the top frescoes.
After Constantine was occupied by the French army in 1837, the palace served as a residence for the general commanding a military division, hence the name "palais de la division". It was significantly overhauled during this period. The palace was also severely altered by the 1856 earthquake, followed by restoration works in 1860, including the restoration of frescoes by two local artists who incorporated mosques drawings in the old frescoes.
In 1934, the palace was classified as a historic monument. In the 1980s, there was a first attempt to restore the palace under independent Algeria, but which was not really materialized until 2003. The work lasted four years, including landscaping and roof renovation. In 2010, the palace became the National Public Museum of Traditional Arts and Cultural Expressions.
--Amine Kasmi, 2018
SOURCES:
Berque, Augustin. L'Algérie terre d'art et d'histoire. Algiers: Heintz, 1937.
Féraud, Laurent-Charles. “Visite au palais de Constantine,” in Édouard Charton (ed.), Le tour du monde 33 (1877).
Marçais, Georges. Architecture musulmane d’Occident : Tunisie, Algérie, Maroc, Espagne, Sicile. Paris: Arts et Métiers Graphiques, 1954.
Piesse, Louis. Itinéraire historique et descriptif de l’Algérie, comprenant le Tell et le Sahara. Paris: Hachette, 1862. 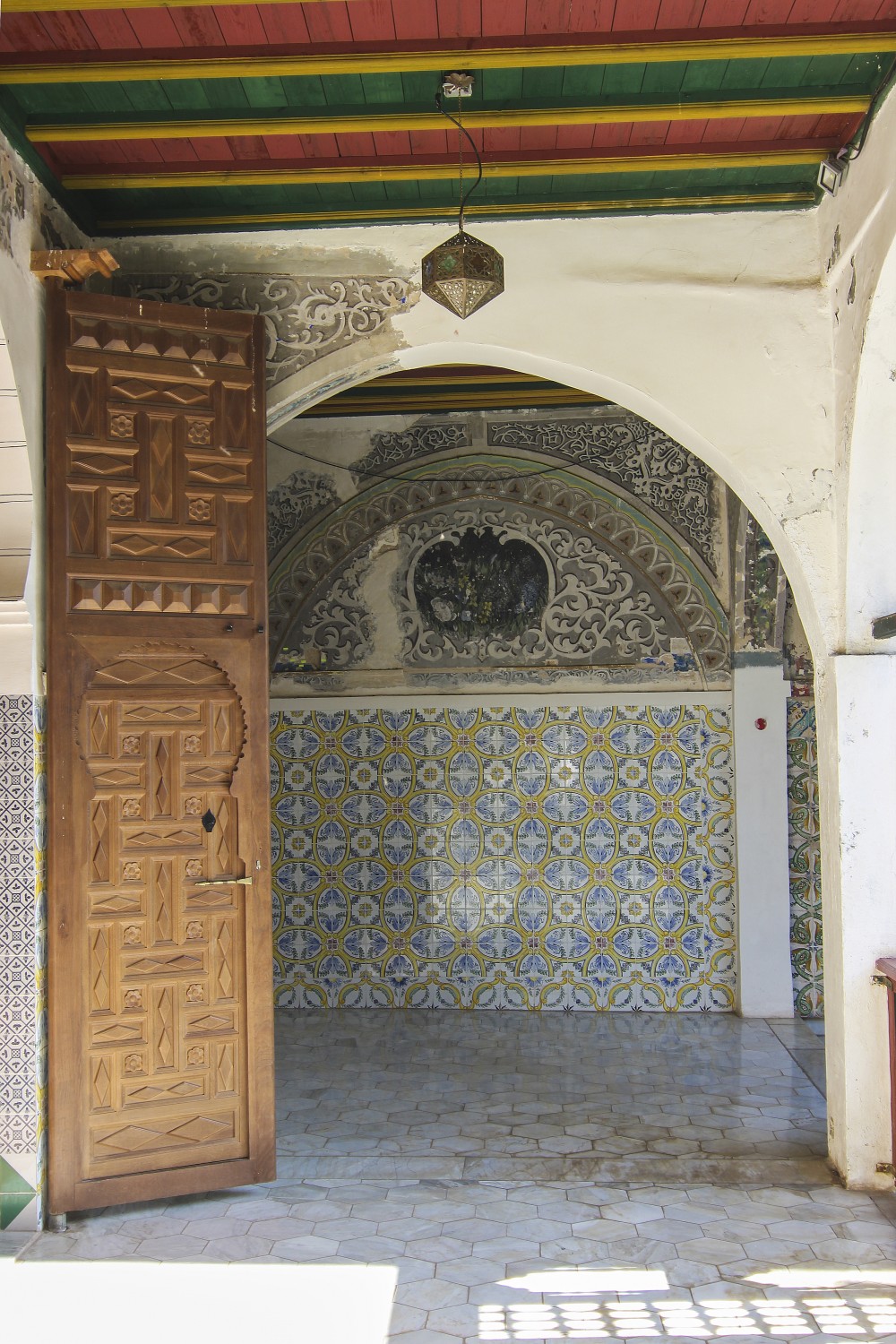