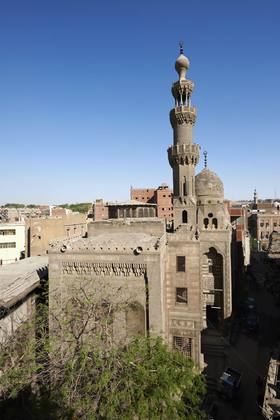 Share
The Amir Qijmas al Ishaqi was the head of Sultan Qaytbay's stables. Between 1479 and 1481, he had the mosque built on a triangular plot that dictated the irregular plan. It is more commonly known as the mosque of Abu Huraya (or Hariba).

The main facade is crenelated, with a muqarnas corbel and latticed windows,. The entrance portal is contained within a trilobed groin-vaulted arch decorated in ablaq masonry; it appears with the minaret on the right side of the facade. It is one the most lavishly decorated mosques of the Qaytbay period and was heavily restored by the Comité de Conservation des Monuments de l’Art Arabe in 1896. The mosque is attached to a sabil-kuttab across the street by an elevated passage. As was common, the mosque is built above shops which occupy the street level, and are today substantially underground. 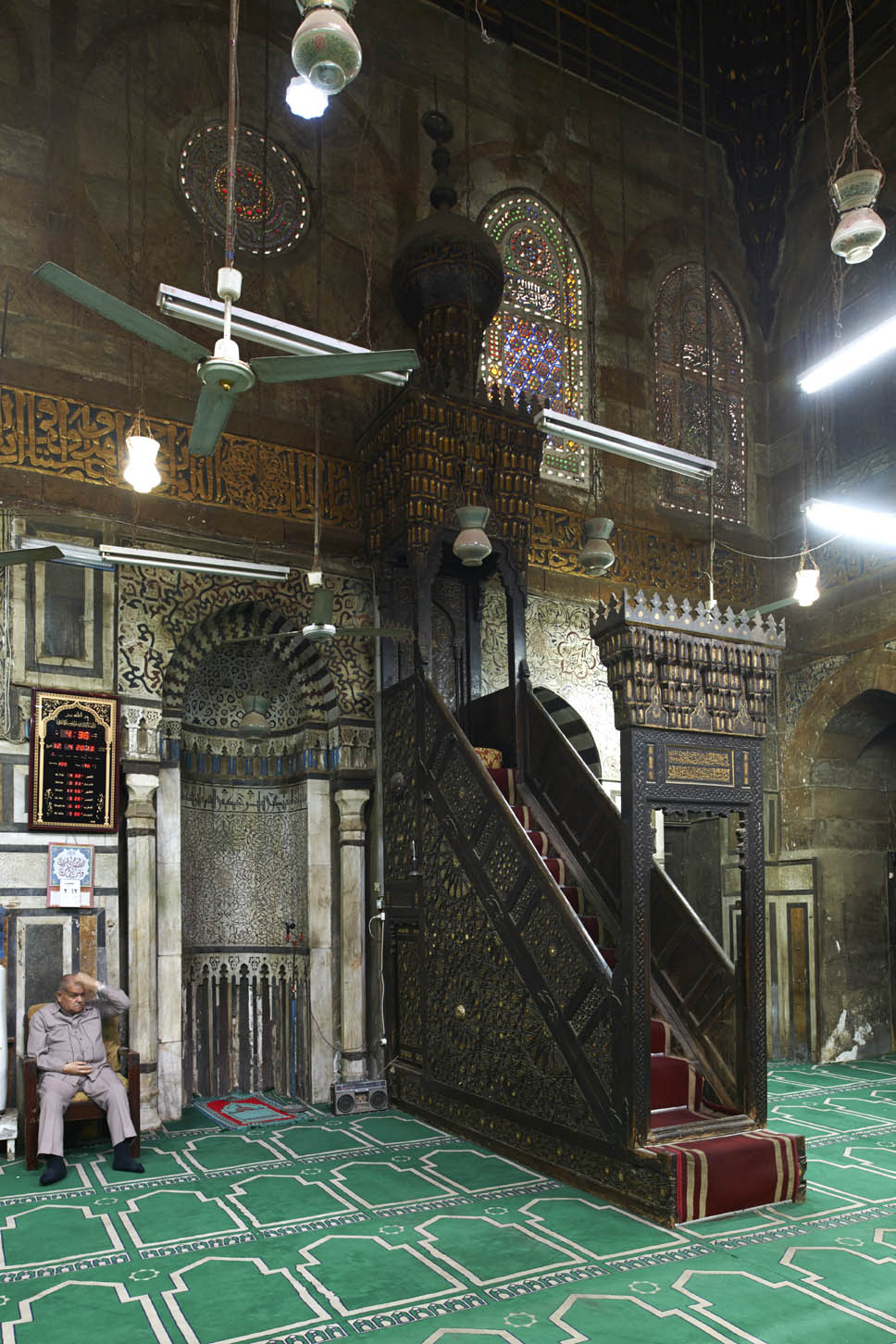