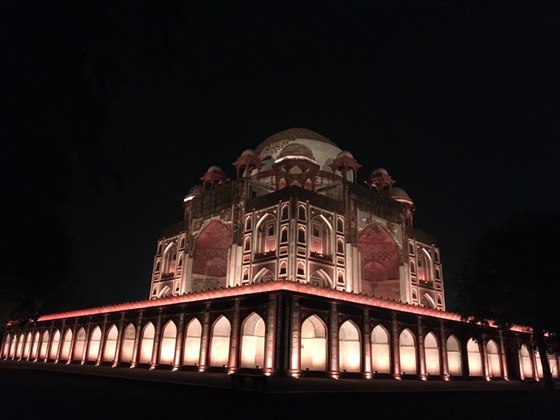 Abdur Rahim Khan (d. 1626) was the son of Bairam Khan, the protector of Akbar during his minority, and himself served Jahangir for many years. He is a noted architectural patron, among whose works are several important civic institutions in Burhanpur. His tomb is is situated near Humayun's Tomb just outside of the Nizam ud Din Auliya Shrine Complex. Its form is derived from the Tomb of Humayun, employing a compact version of the 'cube' type tomb much used in Delhi. The plinth upon which it rests serves as a garden, with water channels and pools, replacing the spacious tomb garden as seen in Humayun's Tomb.

It is a large domed structure, square in plan, faced with red sandstone and white marble trim. The plan is considered part of the experimentation that led to the development of the Taj Mahal scheme. The mausoleum building is faced in stone, and is topped with a marble dome. The tomb was stripped of its facing in the 18th century, for use in the tomb of Safdar Jang. It once stood in a quartered garden, which has since disappeared.

Rahim, Commander-in-Chief of the Mughal army, was not only a noble in the court of Emperor Akbar, but he was also a statesman, courtier, linguist, humanitarian, patron, and, above all, a poet. However, it is the mausoleum he built in AD 1598 for his wife, Mah Banu, that is the grandest of his surviving buildings – inspired by the architectural style of Humayun’s Tomb and, in turn, inspiring the Taj Mahal. On his death, Rahim was also buried in this mausoleum.

When the Aga Khan Trust for Culture began work on the mausoleum, it was a ruin. Despite its immense historical, architectural, and archaeological significance and its prominent location in central Delhi, Rahim’s mausoleum was risking collapse. In 2014, the inter-disciplinary AKTC team – with the support and partnership of InterGlobe Foundation and the Archaeological Survey of India – commenced a six-year conservation effort. This became the largest conservation effort ever undertaken at any single monument of national importance in India. It is also the first-ever privately undertaken conservation effort under the “Corporate Social Responsibility” banner.

Conservation works commenced with challenging structural repairs – to fix the cracks that threatened the building with structural collapse and included restoration of the intricate ornamentation – in stone and lime plaster. Collapsed portions of the building were reconstructed using traditional materials and building crafts. Restoration of marble cladding was limited - to strengthen the base of the dome and to indicate to visitors the original finish of the dome. In all, 175,000 man-days of work by master craftsmen were undertaken as part of its conservation. 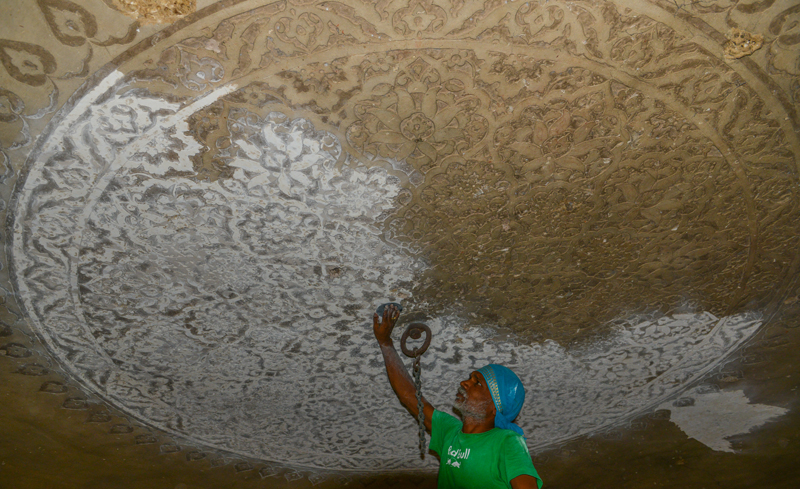