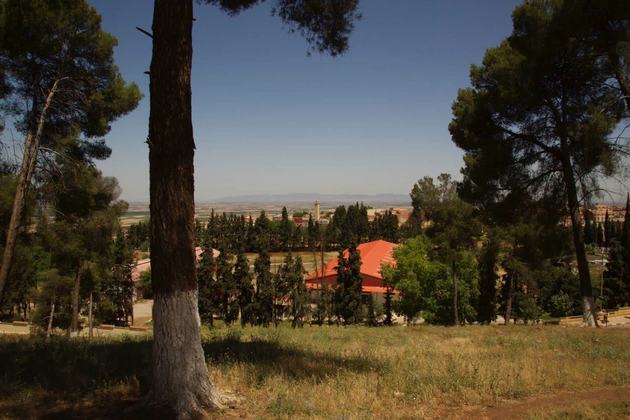 Share
Situated in the western foothills of the Middle Atlas mountains between Fés and Méknes, the town of El-Hajeb overlooks the fertile Sais Plains.  Its piedmont location comes with the good fortune of having several abundant springs, bringing fresh water to the town in all seasons and including during years of extreme drought.  This location at the northern tip of the Atlas Mountains earned it the nickname "The Gateway of the Atlas".  The region is believed to have been inhabited since before recorded history, based in large part on evidence of cave dwellings in the cliffs on the edge of town.  The town as it exists today is divided,by elevation, into two parts.  The main part of town grew around the market, mosque  and water sources in lower El-Hajeb (El-Hajeb Bas), with the upper portion being fortified by crenelated walls during to the era of Moulay Hassan (r. 1873-1894/1290-1311 AH) forming higher El-Hajeb (El-Hajeb Haut)..

During the Protectorate era, the area behind these walls was also used for military dwellings.  Europeans also built large villas and administrative buildings in this higher part of town known as the Cantina.

There are several public gardens in El-Hajeb which makes it part of the green triangle of the Middle Atlas along with neighboring towns, Azrou and Ifrane. One is built around the spring Aïn Khadem and its stream as it descends into lower parts of town and further into the Saïs Plains. Another, Jardin Lalla Amina, was recently created to relocate shrubs and trees uprooted for the expansion of the road from El-Hajeb to Meknès. In 2007 an artificial lake was created, fed by water from Aïn Dhiba, another of the four springs in the towns environs.

El-Hajeb became the capital of the newly created Province of El-Hajeb in the Mèknes-Tafilalet Region in 1991, leading to new construction of administrative buildings in both the lower and higher parts of town. 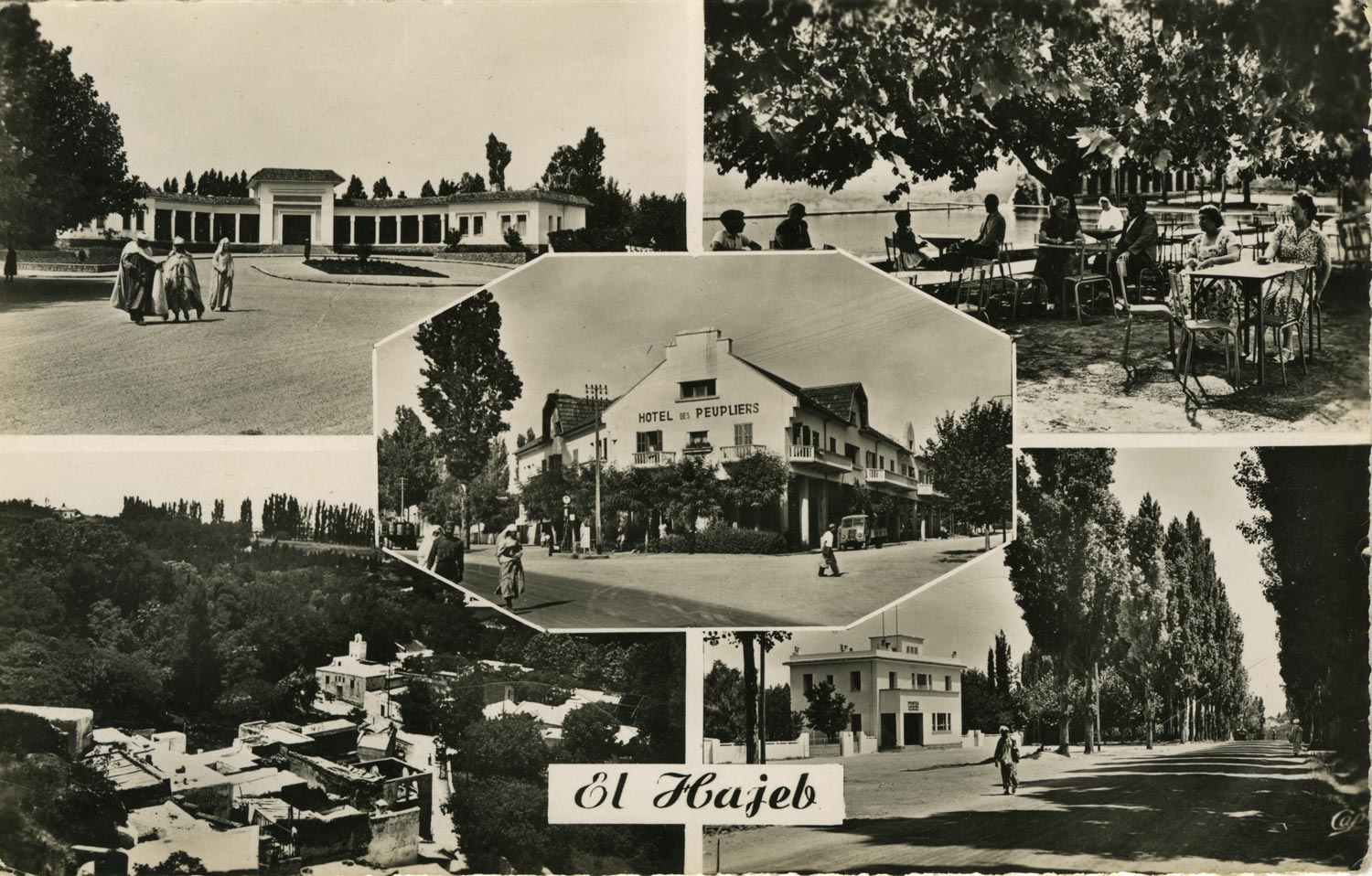