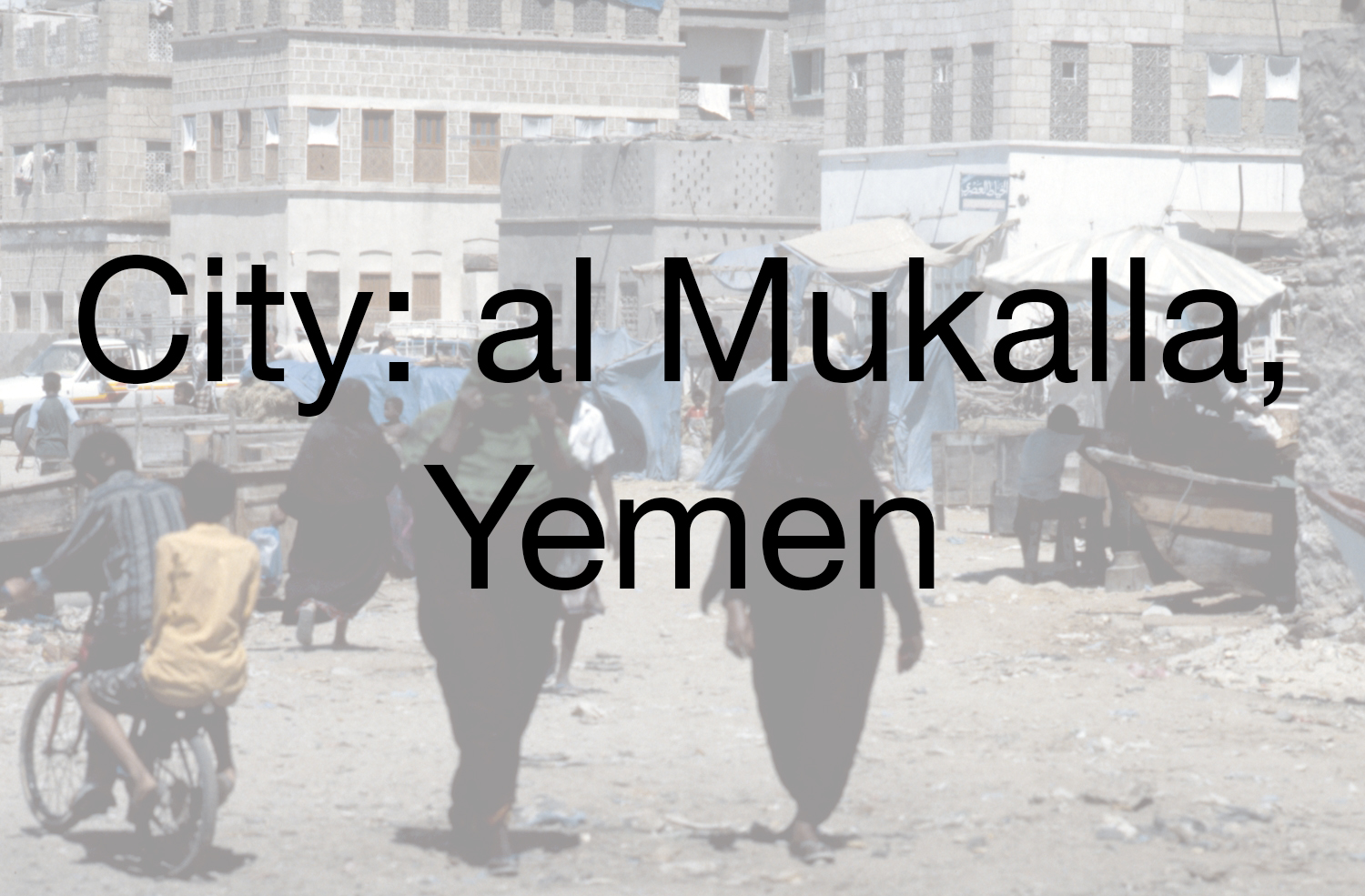 Share
As the second largest city on the southern coast of Yemen, al Mukalla, situated within the Hadramut region, is the seat of the regional government and a historically important port city.The original city was constructed to fill the narrow coastal strip between the region's towering mountains and cliffs, and the harbor at the Gulf of Aden. The old town of al Mukalla is comprised of five different quarters, including the Hayy al Bilad, Hafat al Harah, Barra 'al Sidah, al Sharj, and al Dis. Though once distinct entities, the latter two have since been integrated into the city proper. The oldest parts of the city, constructed at the base of the mountains, are thought to have been established around the time of the Kasadi emirate's dominance in the area, in the early eighteenth century. In 1881, the political atmosphere of the city shifted, as the Qu'ayti state rose to predominance, transferring their administrative systems from neighboring cities, like Shihr, to al Mukalla. During this time, the city experienced further development, the construction of new monuments, and urban sprawl.
The road leading to the heart of the city is lined with temporary structures, called arish, which have provided shelter to migrant families transitioning to the city. These structures are generally formed from palm branches, and hessian or jute panels, plastered with nurah. Nurah is a lime render, essential to much of the city's vernacular architecture, which is constructed from stone, and is characteristically white washed in lime plasters. It is also the primary material used for exterior surface detailing and ornamentation, as well as the construction of window screens. Prior to the 1980s, al-Mukalla was a premier site for the production and export of these construction materials.
Notable architecture within the city has included the Kasadi Niqab's palace, in Hayy al Bilad, and the Qu'ayti palace, just west of the old city. The Niqab's palace served multiple functions during its existence. Not only was it the regional governor's office and a police headquarters, it was eventually converted into a prison. After South Yemen's independence, in 1967, it was temporarily used as a madrasa, but has since been demolished. The Mosque of Umar, constructed in commemoration of Sultan 'Umar bin Awad, in 1935, and the Husn al Shaybah palace fort, constitute additional landmarks, definitive within the city's landscape. Indicating the city's history as a dynamic trading center, much of the port is composed of elaborate three or five story homes, once inhabited by wealthy merchants. The port was also home to various communities in employment of the state, including a number of workers from India.
Continuously since the 1980s, al Mukalla has been a site of heightened urban expansion, particularly in al Sharj, where construction and planning have largely been the result of local co-operation and development initiatives. Much of this development has subsumed former distinction between districts. At the same time, many of these changes have been influenced by the influx of new, foreign populations settling within the city, and bringing with them, a new set of conditions for the city's socio-economic environment. In recent years, the city's historic districts have undergone several renovation and restoration projects, with arguable results for al Mukalla's architectural heritage.
Sources:
Damlūji, Salmá Samar, The architecture of Yemen. London: Laurence King, 2007.
‹ › View All
Drag thumbnails
Zoom into map and click to set locations
Select