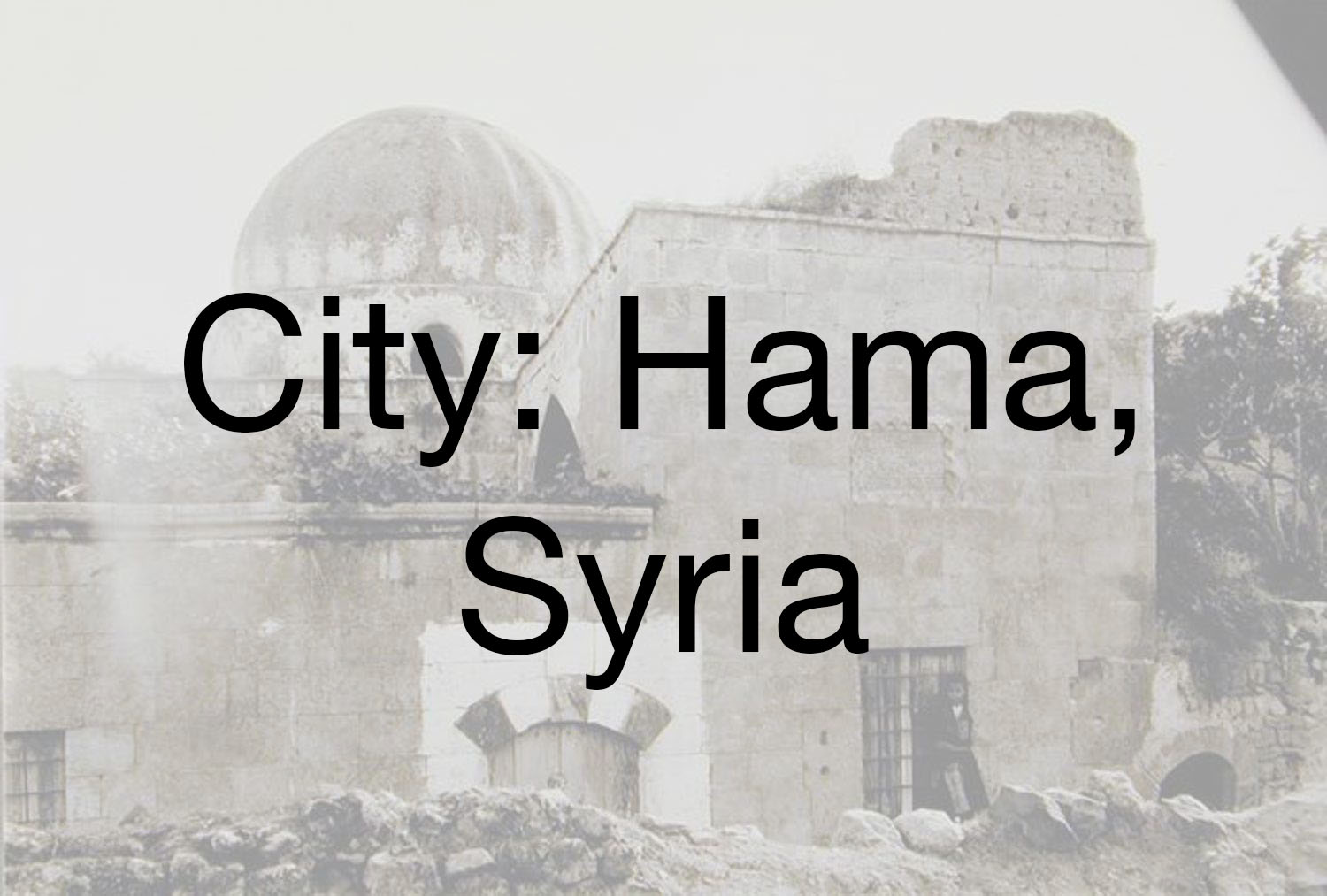 Hama is a city located north of Homs on the Orontes River, in the western part of Syria. It is a city of great antiquity, and was a provincial city in kingdoms including the Mitannian, Aramaean, Assyrian, and Roman Empires before incorporation into the lands of Islam. The first occurrence of the toponym related to its modern Arabic name "Hama" dates to the ninth century BCE. However, Neolithic and Chalcolithic ruins within the citadel mound demonstrate that the site was inhabited already in the fifth millennium BCE. In the second century BCE, the city was renamed Epiphaneia, after Seleucid ruler Antiochus IV Epiphanes (r. 175-164 BCE), although the Hellenistic presence at Hama may predate this change in name. Hama became part of the Muslim Empire in 636-637/15 AH, where it remained a provincial center. During the Islamic period, Hama became a famous manufacturer of silk and major trade center on caravan routes.

The city's unique geographic location, on the Orontes while facing the desert, created a distinctive architectural form. Unlike its neighboring city Homs, Hama situates itself on the river. The open streets and riverside houses expose gardens and shaded terraces into public realms while interiors enclose private spaces from the harsh environment on the edges. The buildings of Hama are similar to the stone ones of Aleppo, particularly the Ottoman structures. The many important architectural sites of Hama include: the Roman water wheels and aqueducts, Jami' Hama al-Kabir (the Great Mosque, founded at the time of the city's incorporation in the Muslim Empire), and the 18th century Ottoman Azem Palace. These sites in addition to smaller mosques and khans form the city that occupies the heart of Syria.