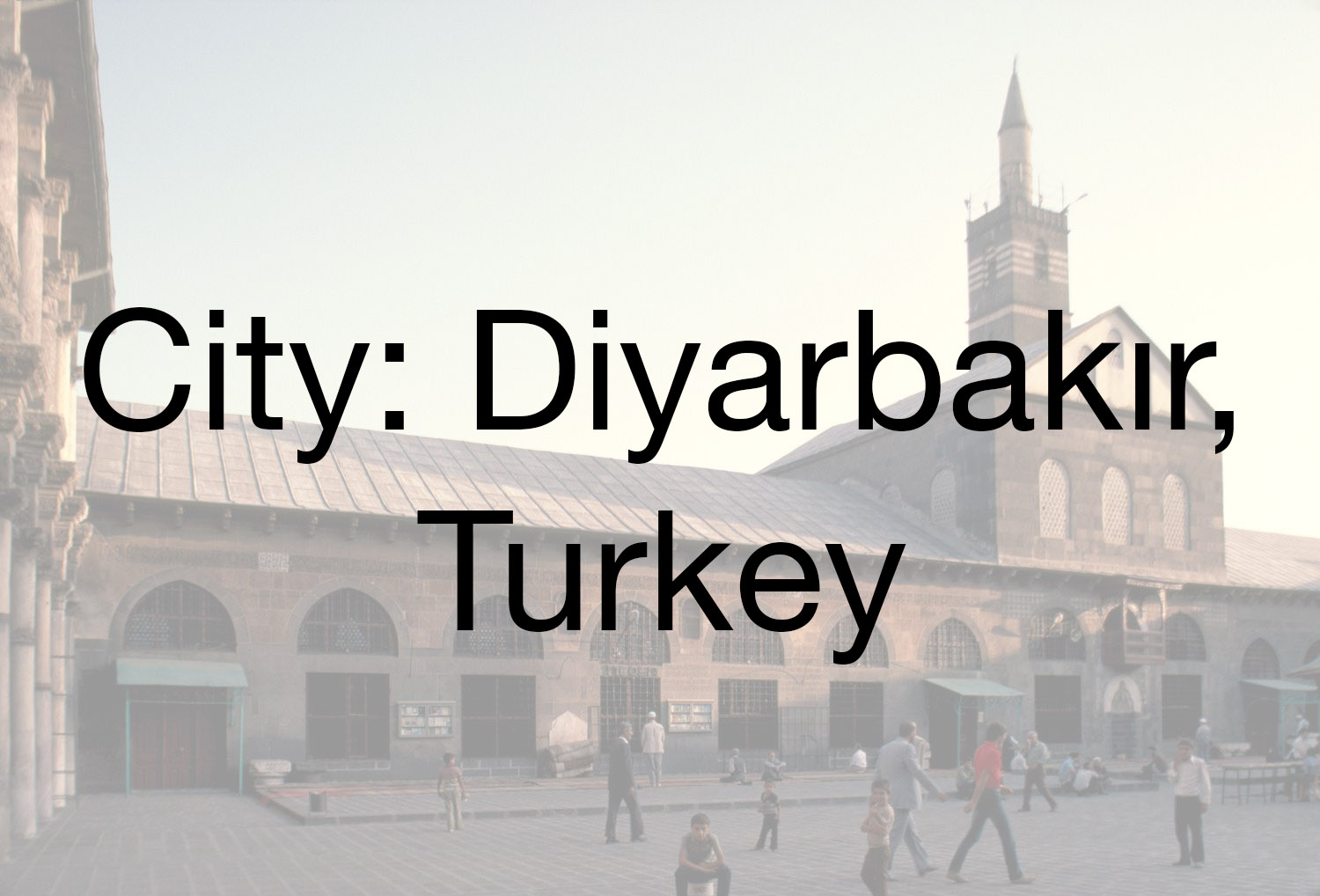 Diyarbakır is a city in southwestern Anatolia situated along the west bank of the river Tigris (Dicle) in a fertile basin bordered on the north by the Taurus mountains and on the south by a limestone massif. The region has been cultivated and urbanized since ancient times, and by the Islamic period, intersecting trade routes traversed the basin. An east-west route ran through Diyarbakır toward the medieval cities of Mayyafariqin (Silvan) and Arzan, then southeastward. A northern route ran from Diyarbakır through the Taurus Mountains to Malatya.

The name Diyarbakır, which means “Land of Copper” in Turkish, is a corruption of one of the medieval Arabic names of the city and its surrounding region, Diyār Bakr (“Land of Bakr”). Bakr refers to the dominant Arab tribe that inhabited the area since pre-Islamic times. Its other medieval name was Amid, an Arabized version of Amida, the Byzantine name of the town.

Amida became an important, fortified town during the Byzantine period. At this time, the city and surrounding Tigris basin lay near the border between Rome and the second great empire of late antiquity, Sasanian Iran. By 354 CE, the town had already acquired walls. In 363 CE, the city expanded when emigres from the border city of Nisibis fled northwards after that city fell to Sasanian hands. Although there are no longer any complete Byzantine structures, remnants of the Roman city remain. A portion of the Syrian Orthodox Church of the Virgin (Meryemana Kilisesi), constructed during the Byzantine period, still stands. The rough contours of the walled city, which takes the form of an oval, and its two axial roads that intersect toward the middle, likely follow the Roman plan.

In 639-640/19 AH, Amida fell into Muslim control with little resistance. The Umayyad and Abbasid dynasties each ruled but left little architecture. Although the city’s Great Mosque is closely modeled on the plan of the early eighth-century Ummayad Great Mosque in Damascus, it dates to Seljuk times. As was the case with many late Roman cities, the grand axial streets of Amida (now called Amid) more or less kept their form over time, with the surrounding quarters slowly developing organically through the construction, demolition, and joining of courtyard houses to take the maze-like form they have today.

In the centuries after the political dissolution of the Abbasid Empire, local powers took hold in Amid. The Syrian Arab Hamdanid dynasty ruled the province of Diyar Bakr during the mid tenth/fourth century AH, before the Kurdish Marwanid dynasty rested the region’s major towns from their grip in 983/372 AH. Under the Marwanids, Amid and the neighboring city Mayyafariqin became the centers of a flourishing political principality. There are no structures remaining in the city that date to this period.

In 1085/478 AH, the Marwanid principality of Diyar Bakr was incorporated into the larger empire of the Seljuk Turks, who controlled much of eastern Anatolia. This change in political power marked the beginning of a cultural shift in Amid and the province of Diyar Bakr, as Turkic rulers and subjects became a prominent element among the region’s Kurish, Arab, Assyrian, and Armenian populations. At the end of the eleventh/fifth century AH, Amid was taken by the Turkmen chief Inal, and his descendants ruled the city until 1183/579 AH when Salah al-Din al-Ayyubi conquered the region and placed Amid under the control of the neighboring Artuqid sultans. Under Inalid and Artuqid rule, which combined lasted for a century and a half, Amid enjoyed economic prosperity. This is reflected in the construction programs of the Artuqid sultans, who founded two madrasas as well as a number of mosques, as well as making additions to the city’s fortification walls.

In 1232/629 AH, the Ayyubids regained control of Amid and the northern part of Diyar Bakr from the Artuqids. During the period of Ayyubid rule, the region succumbed to the Mongol conquest and fell in 1259/657 AH. It remained in the hands of the Ayyubids, now ruling under Mongol and Ilkhanid suzerainty until the later fourteenth century when the region was taken by the Aq Qoyunlu.

The Ottomans captured the city in 1515, taking the remainder of the province of Diyar Bakr by 1527/923 AH and making Amid the capital city of the region. It was during the early period of Ottoman rule that the name Amid fell out of fashion, the city becoming known as Diyar Bakir (Diyarbakir) after the surrounding territory. Ottoman patrons are responsible for numerous monuments in the city, including mosques, baths, tombs, and renovations to the citadel and city walls.

The city and surrounding region retained a large number of Armenian and Assyrian Christian families throughout the Islamic period. While the later middle ages saw some amount of voluntary religious conversion, it was not until the early twentieth century that the region's religious diversity was severely diminished through the Young Turk movement's mass deportation and killing of Armenian and Assyrian Christians residing in eastern and southern Anatolia. A map of the old walled city created by Ernst Herzfeld in the first decades of the 20th century show the extent of representation from religious minorities before the first world war.

Today, Diyarbakır is the capital of a province (il) by the same name, and has a population of roughly 1 million inhabitants. The modern city developed to the northwest of the old walled city, and now stretches for several kilometers.

Between September 2015 and January 2016, skirmishes between the Kurdish Workers' Party (PKK) and Turkish security forces resulted in damage to several historic monuments.1 Since the end of the skirmishes, the situation has worsened considerably. In an effort to widen streets, presumably for security purposes, the Turkish government bulldozed many of the homes in the eastern half of the old walled city, and rubble from the demolished buildings, which include registered historical landmarks, has been unceremoniously dumped. In 2016, the Turkish government took a further step, announcing it would expropriate around 80 percent of the properties in the old city, including mosques and churches, for redevelopment. A number of nongovernment organizations have demanded that the Turkish government abandon this plan, as the residents of the old city would be permanently displaced and unsustainable gentrification would occur.2

Ayboga, Ercan. "Destruction of the Old City (Suriçi) of Diyarbakır Since Fall 2015 and Its Current Status."