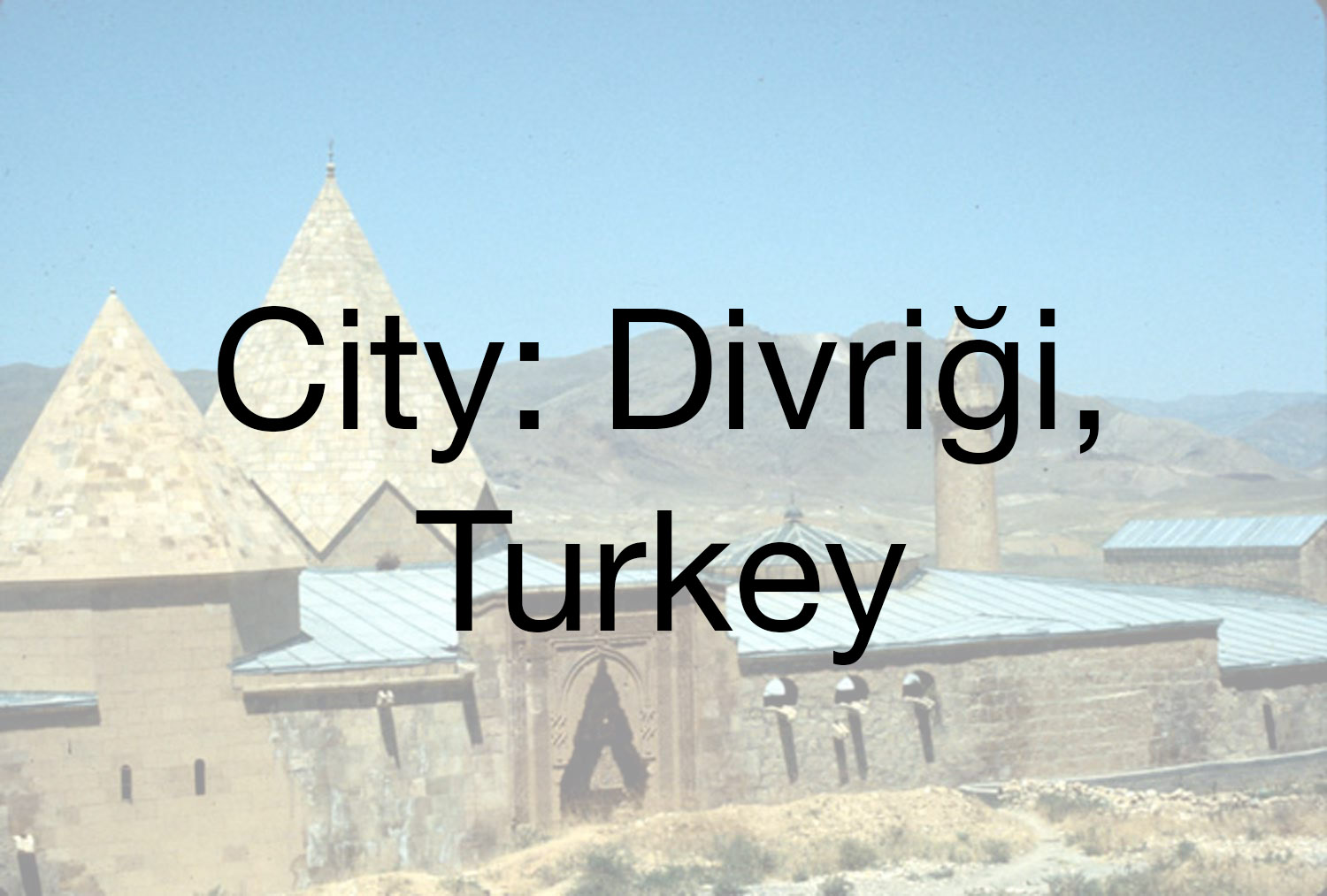 Divrigi is in central eastern Anatolia, in the mountains south-east of Sivas. It is isolated and difficult to get to, yet is home to one of the most richly decorated medieval Seljuk complexes (the Great Mosque and Hospital of 1229), in addition to other notable buildings.  The town lies at the mouth of a gorge, above which is the citadel.

Because of its remote location, many buildings in Divrigi have come through the centuries unaltered. One example is the Citadel Mosque, built for Shahanshah in 1180 by the architect Hasan bin Firuz of Maragha. The plan is based on the Christian basilica, in that it is a long rectangle formed by a central vaulted aisle with two side aisles, each covered by four domes.  The tile decoration above the door arch is among the first in Anatolia. The mosque is constructed of a mixture of brick and stone.

The citadel mosque is within the still well-defined outline of the citadel walls, which likely date from Ahmed Shah's construction about 1230. In the town are a number of medieval mausolea.  Across the river, on the opposite side of the gorge from the citadel, is a small Ottoman castle, the Kesdogan Kale.