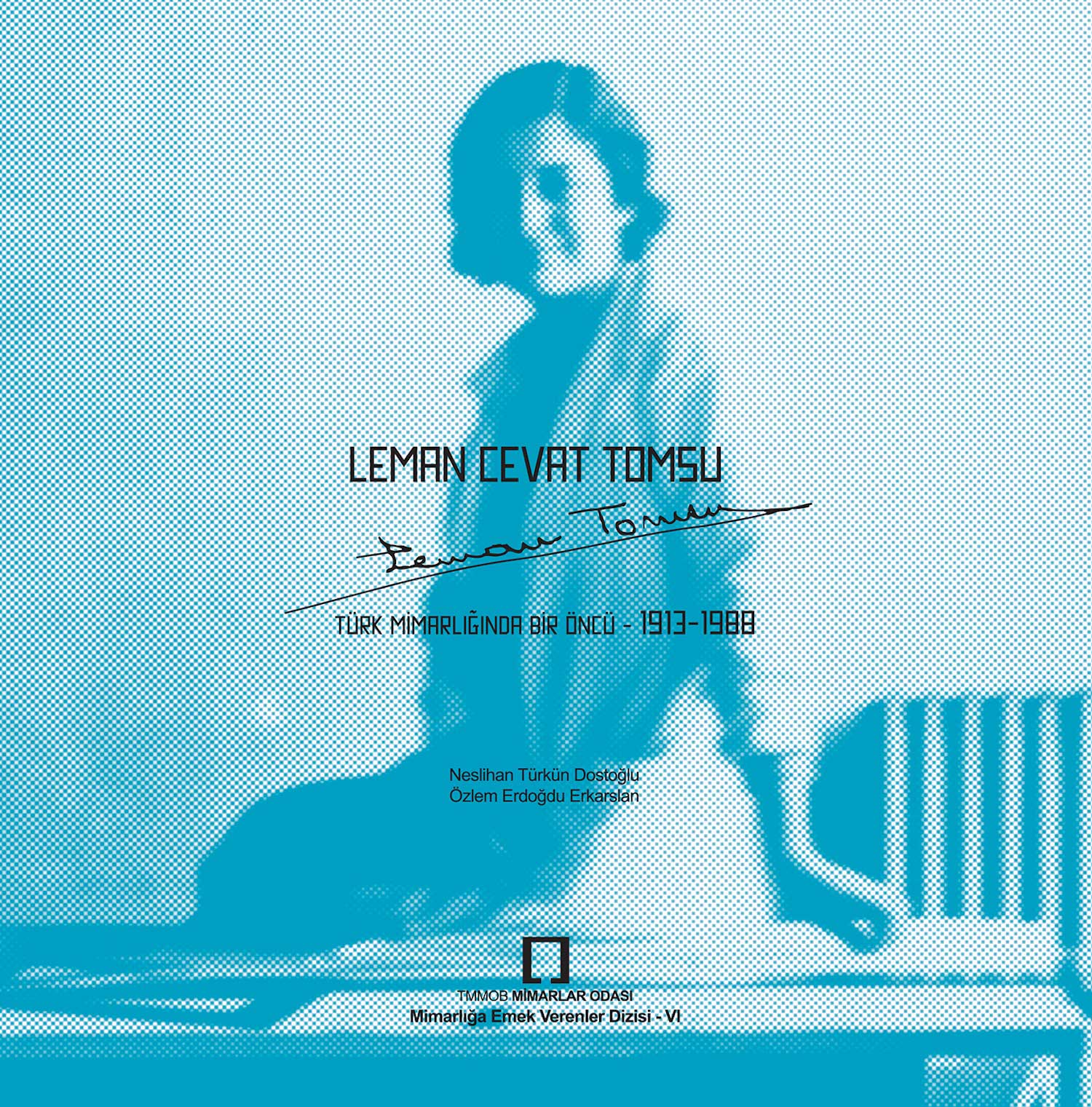 118 pp. illustrated with photographs and plans

1. Leman Tomsu is the first woman architect in Turkey. So far overlooked in the male historical tradition. Apart from being an architect, she also plays an important role in the history of the modernization of the Turkish Republic. She was breaking in a male profession and domain, was role model for a Republican woman, did not marry, had economic independence, had the male role of the head of the family. This book is rather her biography than than a work on the history of architecture. Some regard her as an ambitious careerist, some as a hard working but low-key architect too much under the influence of Emin onat at İTÜ.

2. Women can be called the first builders in history. In archaic societies they were responsible for building dwellings. But then until the 19th century women had basically  no role in the shaping of the environment. Leman Tomsu and Münevver Belen are not mentioned in works on Turkish architecture until 2000. First women  studying architecture in Europe (Finland, France etc.) in the 19th century. Germany, USA, ...

3. Tavlusun is a village between Kayseri and Sivas. The geography of the area has inspired builders of all ages (Hittite, Roman, Byzantine; Mimar Sinan who originates from another village in the area). Leman Tomsu comes from an important family. Her family originates from Tavlasun and always kept close ties to that place. When the family picked a last name in 1934 she – already a graduated young architect – suggested the name Tomsu to her father, which is the name of the village square of Tavlasun. Her grandfather was a famous calligrapher and miniaturist (khattat, naqqash) and mayor of Kayseri. Her father was a civil servant.

4. In 1901 Tomsu's father moves with his wife Zehra Hanım to Serez (today Greece) where he works as a graduate of the military academy. After mobilization in 1912 he becomes prisoner of war in Bulgaria. Zehra Hanım returns to Istanbul because of the war, their second child Leman is born there in 1913. Difficult times for the women, Zehra Hanım (Leman Tomus's mother)  and her sister Ayşe Hanım live together in a house with their children, their husbands on the front. The two sisters have grown up with servants in Tavlasun, now they have to manage everything on their own. Leman starts primary school at age five, offered by Erenköy Kız Lisesi (Girls High School). ... Family situation, life with numerous siblings and cousins, careers of siblings ...

6. Tomsu's professional life between 1934 (when she graduate from university) until 1941 when she started working as an assistant at İstanbul Technical University. Worked on many projects together with Münevver Belen. She/they built Halkevleri ("community centres", that is a state sponsored enlightenment project) and Parti Evleri (centers/houses of political parties) et al.

8. Leman Tomsu saved money over a long period to be able to build her own home. She refused to use her family inheritance for that. She made some money with competitions she won. Starting the project in 1953 she built her own house in Kadıköy, Göztepe. Her home was "her child" to her. Her house no longer exists. Her nieces and nephews (many of them live in the US) were not able to maintain the house and had it demolished and built an apartment building in its place, named Leman Hanım Apartmanı.

9. Leman Tomsu who was fond of details also designed her own gravestone. She is buried in the Karacaahmet Graveyard. Her gravestone is a piece of art. At the front of the grave are the two hollows for birds to drink water.

Chamber of Architects of Turkey