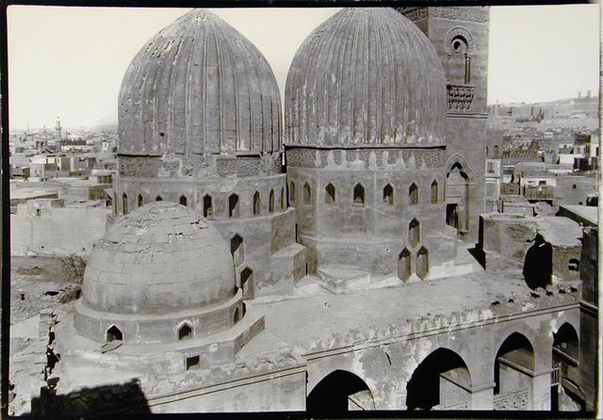 Keppel Archibald Cameron Creswell could readily be considered the doyen of the first generation of professional scholars of Islamic architecture. Born in 1879, he applied in 1914 to join the Archaeological Survey of India, but with the outbreak of WWI was posted instead to Egypt where he was to spend most of his life. Appointed in 1919 as the Inspector of Monuments in Palestine, Creswell was able to travel from the Euphrates to the Egyptian frontier, surveying and photographing Islamic monuments in unprecedented detail. Archnet has received through the generosity of the Ashmolean Museum at the University of Oxford the rights to publish a selection of 2690 images based on a collection of original Creswell prints residing at the Fine Arts Library. The collection on Archnet also includes thirty-seven architectural drawings published by Creswell.

In this collection the images are grouped by country, corresponding to the contemporary nations as assigned automatically based on geographic coordinates and the boundaries assigned by Google.  Countries represented by fewer than 50 images have been grouped with neighboring countries for ease of access.