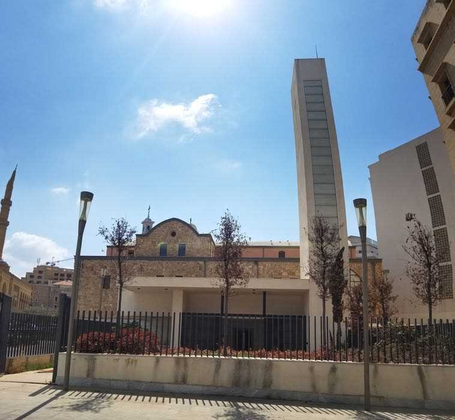 The Greek Melkite Catholic church separated from its Orthodox counterpart in the late 18th century. In Beirut, the Orthodox community found itself suddenly divided, with a growing number of adherents identifying as Greek Catholics.

On the site where the Cathedral stands today, adjacent to the St. George Orthodox Cathedral, Melkite Catholic monks from the Choueirite order had erected a convent and a small church dedicated to the prophet Elijah (also known as St. Elias). In 1847, both structures were pulled down due to structural instability and the cathedral was erected in their place in 1849 by bishop Agapios Riachi. Today, the St. Elias Melkite Catholic Cathedral is the mother congregational church of the Melkite Greek Catholic Archdiocese of Beirut and Jbeil.

The St. Elias Melkite Catholic Cathedral underwent several renovations and expansions throughout the early 20th century. It was badly damaged during the Lebanese Civil War between 1975 and 1991. Between 2003 and 2006, it was restored and expanded by Pierre Sabbag and Naji Assi Architects. A new bell tower was added, as well as an underground reception area to serve the community.