Learning from the Aga Khan Award for Architecture 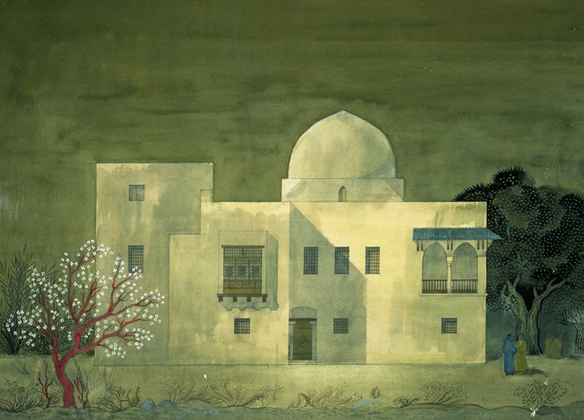 Hassan Fathy was an Egyptian architect, artist, and poet who had a tremendous impact on generations of architects and planners. In his lifetime he designed more than thirty projects including several villages for the poor. Experimental and unorthodox as his ideas were, more than two-thirds of his projects were either partially or completely realised. Still in use, and well cared for, are a series of modest private residences shaped by his profound understanding of vernacular design.

In 1985, Hassan Fathy donated an extensive collection of drawings and writings to the Aga Khan Award for Architecture. This collection on Archnet of over 1,200 images and drawings, each associated with a corresponding site record, represents the first time that the work of this important and ground-breaking architect is made available to a wide audience. It also includes a set of publications covering a wide range of materials: from correspondence to reports, from academic articles to literary works, in Arabic, English, and French.

To preserve Fathy's collection, the Award organised a photographic mission to Cairo in the summer of 1988 to document the voluminous collection of original drawings. The Hassan Fathy archives are now housed at the Aga Khan Trust for Culture in Geneva, Switzerland, and at the American University of Cairo. This collection on Archnet also includes an additional set of drawings made as study prints in 1983 and donated to the Aga Khan Documentation Center by a scholar, some with handwritten annotations.

The preliminary - and incomplete - index of the set of typed documents was prepared in Cairo under the direction of Hassan Fathy in his house at Darb el Labana, during January 1983 to May 1988 with the intention to pass them on to the Aga Khan Award for Architecture. The collection and organization of the papers was enabled by the now-famous Egyptian artist, Chant Avedissian, then a young photographer, during his time working with Hassan Fathy in the 1980s. He was also more generally very involved with the recording, preservation and care of all the work Fathy produced. It is only through his determination, echoing that of Fathy himself, to make these materials accessible to scholars, professionals and students alike, that they are able to be presented on Archnet.