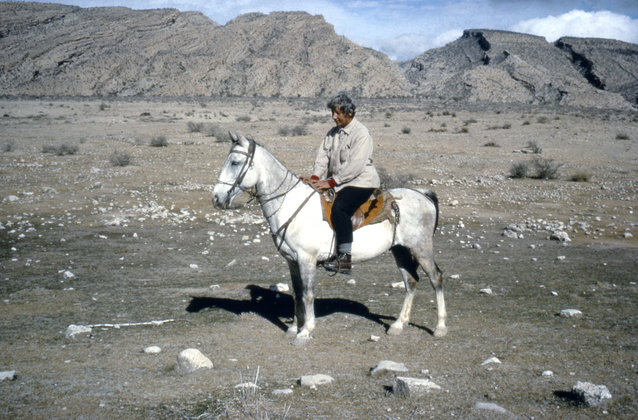 Baroness Marie-Thérèse Ullens de Schooten (1905-1989, Belgium) traveled widely over the course of her husband's diplomatic career, visiting Egypt in the 1920s and Iran in 1948, among other destinations. It was her second trip to Iran in 1951 that marked the start of Ullens' documentary work. She continued to work in Iran into the 1970s. In her audio recordings and her film work, Ullens focused on the Iranian nomadic tribes, notably the Qashqai (Kashkai), to whom she gained privileged access. The Harvard Fine Arts Library made the video files available to Archnet in 2010. Archnet researchers have edited the videos, adding titles, translations, and information on themes and locations that appear in the films. A selection of still images from the Ullens Collection at the Harvard Semitic Museum Photographic Archives is also made available on Archnet.