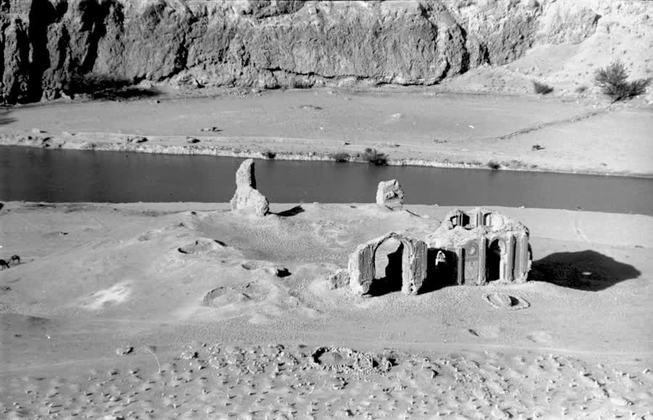 Shāh-i Mashhad’ is the name of twelfth-century archaeological remains located in the Murghāb Valley of Bādghīs Province in north-western Afghanistan, where the ruins of a 12th century Ghurid madrasah were discovered in 1970 by Bayazid Atsak, Michael Casimir and Bernt Glatzer. One of its inscriptions reveal that the monument was endowed by a lady in 571 H. (1176 C.E.). This structure was an educational centre - a madrasa and a mausoleum - and is one of the best examples of architecture and structural decorative artwork of the Ghurid period.

Shah-i Mashhad is unique for its very rich epigraphic decoration that may serve almost as a catalogue of variations in Ghurid architectural calligraphy. Shah-i Mashhad stands at the zenith of Ghaznavid, Seljuk and Ghurid (11-12th centuries) epigraphical development and refinement.