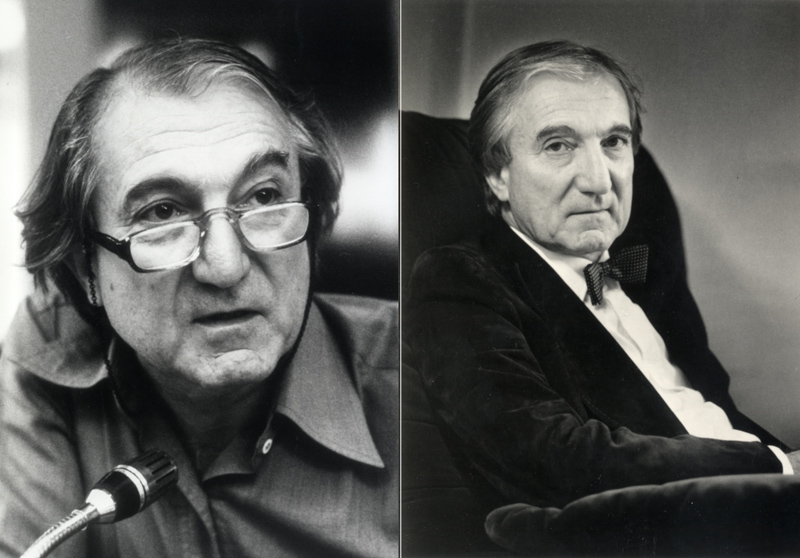 Share
Rifat Chadirji is an architect who has imbued his work with a deep understanding of the roots of authentic regional expression, as well as a true appreciation of modernism and its principles. Chadirji has shown a unique capacity for the synthesis of form and function that translates traditional architectural idioms into contemporary expressions.

"I set out to learn from traditional architecture and to achieve a synthesis between traditional forms and inevitable advent of modern technology. My aim was to create an architecture which at once acknowledges the place in which it is built, yet which sacrifices nothing to modern technical capability. At the same time I was concerned to understand analytically the reasoning behind traditional devices of environmental control such as courtyards, screen walls, natural ventilation, and reflected light."1
In 1986 Rifat Chadirji received the  Aga Khan Award for Architecture (AKAA) Chairman's Prize, recognizing the lifetime achievements of distinguished architects and academics. He was the third of only four recipients of the prize since the first AKAA cycle, 1978-1980.
In 2015, Chadirji was awarded the Tamayouz Architectural Lifetime Achievement Award, an award that celebrates the pioneers of Iraqi architecture and is "presented annually to an individual who has had a significant contribution towards the advancement of architecture in Iraq."  In November of the same year (2015), Rifat Chadirji was presented with an honorary doctorate from Coventry University inn the UK.
The Rifat Chadirji Prize, "a thematic open international prize focuses on proposing designs responding to local challenges in Iraq" was established by Tamayouz in 2017 in honor of "the great Iraqi Architect whose influence and importance is far beyond built work."2  That same year, Rifat Chadirji donated his architectural3 and photographic archives, as well as the photographs of his father, Kamil Chadirji,4 to the Aga Khan Documentation Center, MIT Libraries so that they would be accessible to all interested researchers.
Chadirji passed away in London on April 10, 2010, during the COVID-19 pandemic. In an email announcing his death, Nasser Rabbat, Aga Khan Professor for Islamic Architecture at MIT, described Chadirji as “one of the most influential shapers of modern Baghdad and an original theorist of architecture with a broad historical and cultural breadth,” and “a thinker, author, critic, and rationalist architect with a refined aesthetic sensitivity, (who) devised a particular approach to architecture that he called international regionalism."3
Visit the Rifat Chadirji collection
Sources:
1. Bazarov, Konstantin. "Rifat Chadirji." Contemporary Architects, 163. Chicago: St. James Press, 1987.
2. “The Rifat Chadriji Prize For Architecture.” Tamayouz Excellence Award. Accessed April 12, 2020. http://www.rifatchadirji.com/the-rifat-chadirji-prize.html. Archived at https://perma.cc/UT8N-S8E4.
3. Smith, Sharon C. 2017. “Pioneering Iraqi Architect Rifat Chadirji Donates Archive to AKDC.” Aga Khan Documentation Center, MIT Libraries. July 1, 2017. https://libraries.mit.edu/akdc/2017/01/07/pioneering-iraqi-architect-rifat-chadirji-donates-archive-to-akdc/. Archived at https://perma.cc/M7DG-W9RQ.
4. ———. 2017b. “The Kamil and Rifat Chadirji Photographic Archive Comes to AKDC@MITT Libraries.”   Aga Khan Documentation Center, MIT Libraries  . September 12, 2017. https://libraries.mit.edu/akdc/2017/12/09/the-kamil-and-rifat-chadirji-photographic-archive-comes-to-akdcmit/. Archived at https://perma.cc/X3YA-JSD8.
5. Nasser Rabbat in an message to the AKPIA email list, April 10, 2020.
‹ › View All
Drag thumbnails
Zoom into map and click to set locations
Select