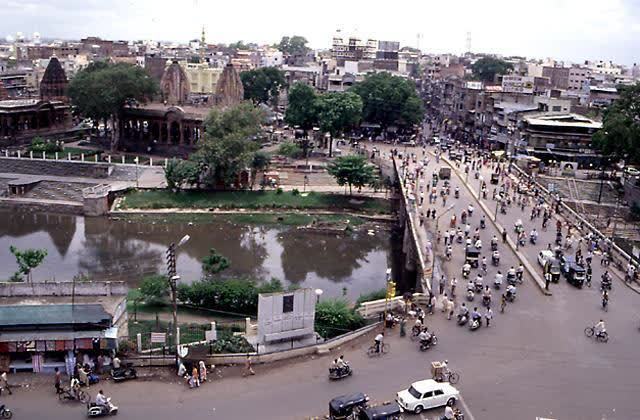 Share
Recipient of the Aga Khan Award for Architecture in 1998.
Slum networking is a community-based sanitation and environmental improvement programme for the textile manufacturing and industrial engineering centre of Indore, to transform its 183 slums into settlements that integrate the poor into the urban population as a whole. This city of 3,218 sq. km has a total population of 1,400,000 (1995), 28 percent of whom live in the slums. New government-built sewer, storm drainage, and fresh water services follow the natural courses of Indore's two small rivers near the heart of the city. All of the slums face a riverbank. As an incentive, a state government ordinance gave the slum dwellers long-term land leases, and the residents paid for and built their own private toilets and washrooms. The rivers, once filled with untreated sewage and solid waste, are now clean, the streets paved, street lighting added, community halls built, and the housing upgraded. The dwellings of the poor are not slums any more. The focus of the network is Indore's Krishnapura slum area, a district distinguished by historic riverside Hindu temples that are being restored. The shopping arcade on the opposite bank has such traditional architectural elements as balustrades, arches, and domes. For the jury, what is unique "is that the slum regularisation and upgrading exercise is part of a larger upgrading plan for the entire city. The application of this approach to other similar conditions would go a long way in overcoming the weakness of conventional urban upgrading projects, which seldom attempt to integrate slums into the urban fabric."