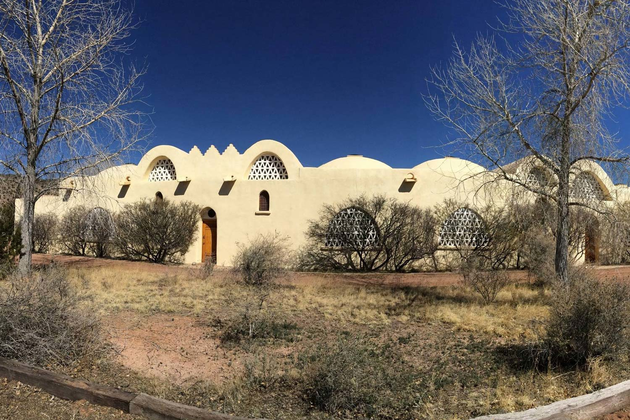 A scholar and a librarian, Dr. Omar Khalidi (d. 2010) served as the Librarian for Islamic Architecture at MIT from 1983-2010.  Over the years of working with AKPIA and through his involvement with Islamic communities across the country, Dr. Khalidi began documenting the status of mosques in the United States and Canada.1  He authored several important publications on the topic including: “Import, Implant, Innovate, Mosque Design in North America"; “Fantasy, Faith and Fraternity: American Architecture of Moorish Inspiration"; and the oft-cited article “Approaches to Mosque Design in America.”  His collection of images, representing some of the over 2,000 mosques in the United States and Canada, is housed in DOME, MIT's online digital repository.

To honor Dr. Khalidi and his important work, the Aga Khan Documentation Center at MIT is working to migrate his "Mosques in the United States and Canada" collection to Archnet; furthermore, the Center is dedicated to continue building the collection with new sites, images, and publications, expanding the collection to encompass North America writ large.

If you would like to contribute sites, images, and/or information, or have any questions regarding Mosques in North America: A Tribute to Dr. Omar Khalidi, please contact AKDC@MIT Program Head.