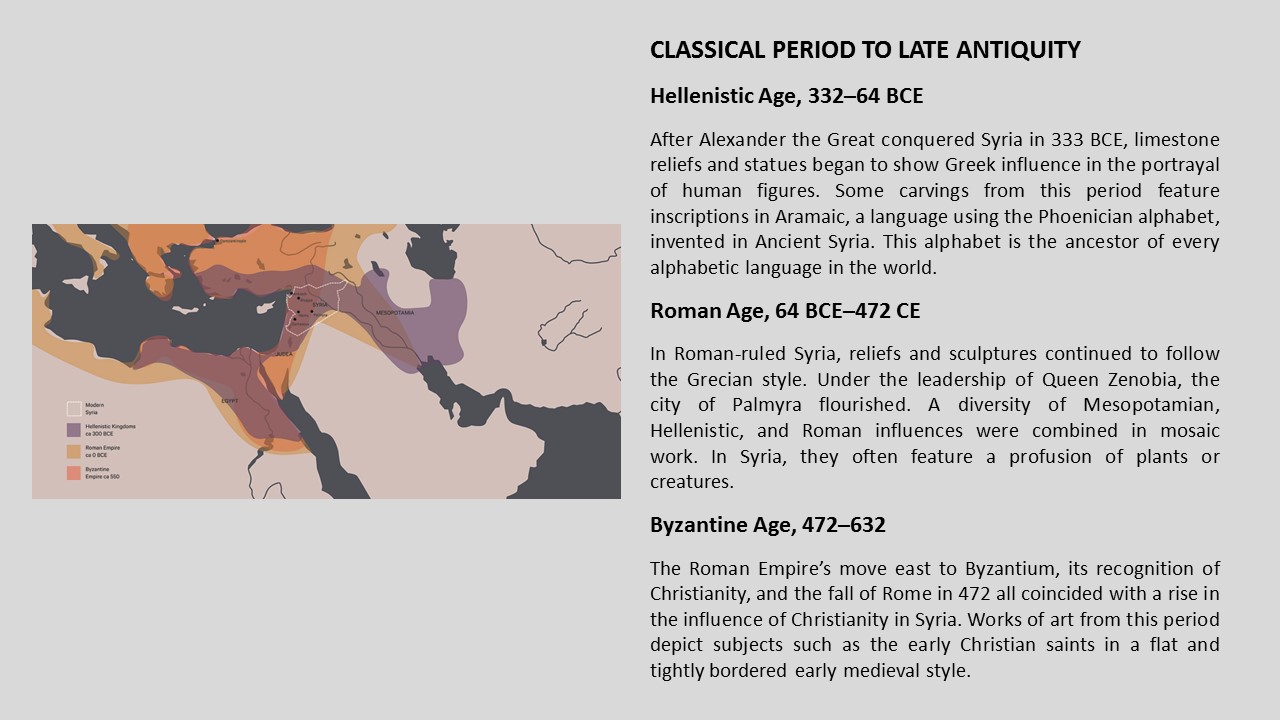 After Alexander the Great conquered Syria in 333 BCE, limestone reliefs and statues began to show Greek influence in the portrayal of human figures. Some carvings from this period feature inscriptions in Aramaic, a language using the Phoenician alphabet, invented in Ancient Syria. This alphabet is the ancestor of every alphabetic language in the world.

In Roman-ruled Syria, reliefs and sculptures continued to follow the Grecian style. Under the leadership of Queen Zenobia, the city of Palmyra flourished. A diversity of Mesopotamian, Hellenistic, and Roman influences were combined in mosaic work. In Syria, they often feature a profusion of plants or creatures.

The Roman Empire’s move east to Byzantium, its recognition of Christianity, and the fall of Rome in 472 all coincided with a rise in the influence of Christianity in Syria. Works of art from this period depict subjects such as the early Christian saints in a flat and tightly bordered early medieval style.