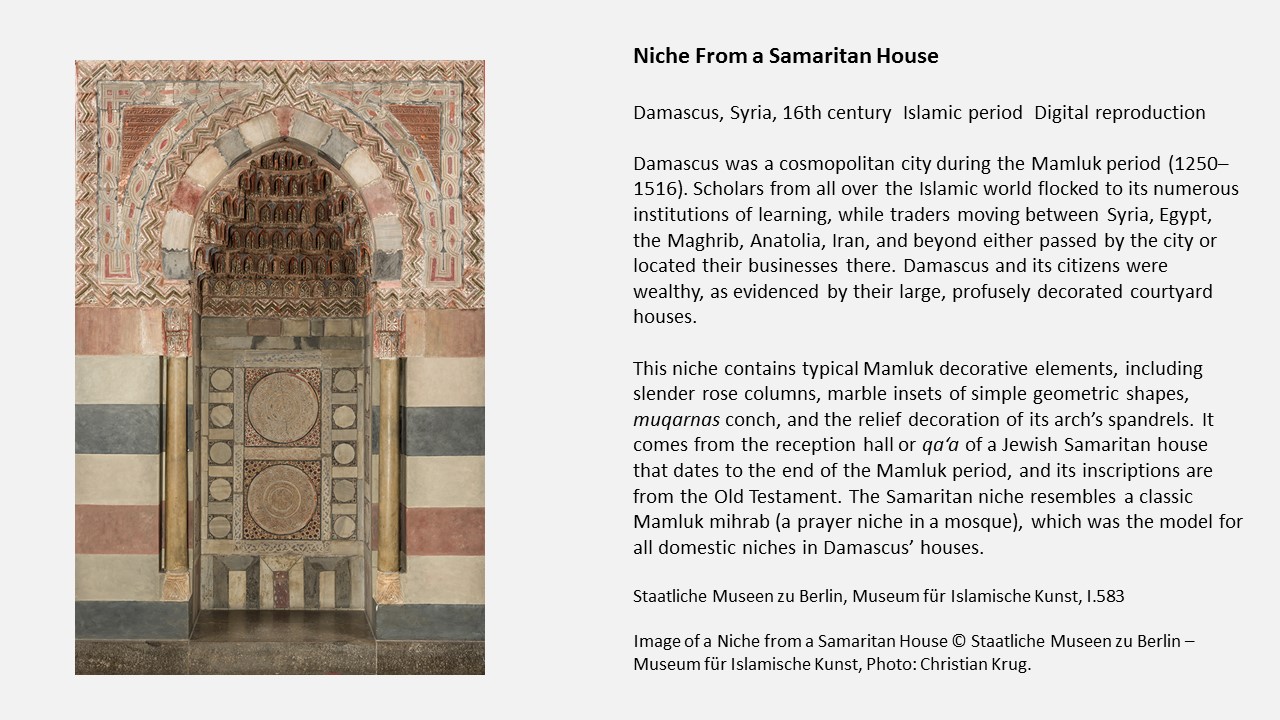 Damascus was a cosmopolitan city during the Mamluk period (1250–1516). Scholars from all over the Islamic world flocked to its numerous institutions of learning, while traders moving between Syria, Egypt, the Maghrib, Anatolia, Iran, and beyond either passed by the city or located their businesses there. Damascus and its citizens were wealthy, as evidenced by their large, profusely decorated courtyard houses.

This niche contains typical Mamluk decorative elements, including slender rose columns, marble insets of simple geometric shapes, muqarnas conch, and the relief decoration of its arch’s spandrels. It comes from the reception hall or qa‘a of a Jewish Samaritan house that dates to the end of the Mamluk period, and its inscriptions are from the Old Testament. The Samaritan niche resembles a classic Mamluk mihrab (a prayer niche in a mosque), which was the model for all domestic niches in Damascus’ houses.