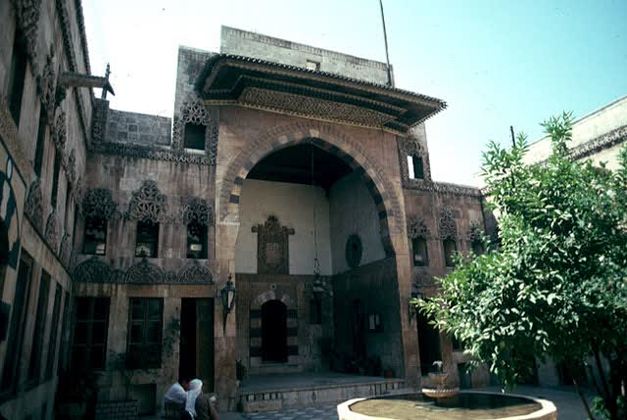 Share
Ajiqbash House, located in the Judayda (Jdeideh) quarter, was built in the eighteenth century by Qara Ali. It was then bought by Ajaq Basha and renamed after him. In the later half of the twentieth century, the Syrian Directorate-General of Antiquities and Museums acquired and renovated the house and converted it into the Museum of Folk Traditions.
The house is entered through an unassuming portal on the street between storefronts. Behind the entrance portal is a grand iwan that opens onto the central courtyard. Like the nearby Ghazala House, the courtyard windows are intricately carved with geometric and floral patterns.
Bayt Ajiqbash was badly damaged during the Syrian Civil War.1
Notes:
Sources: