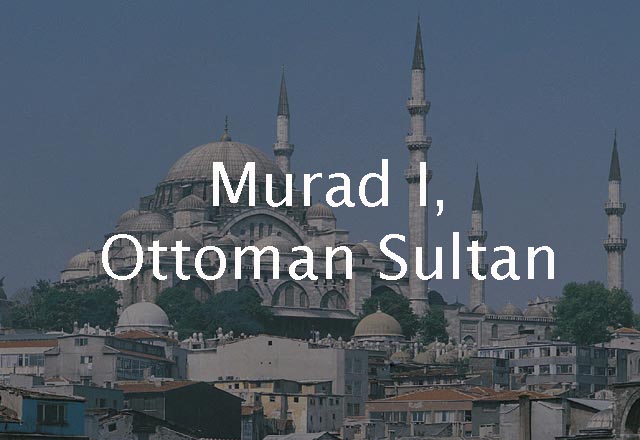 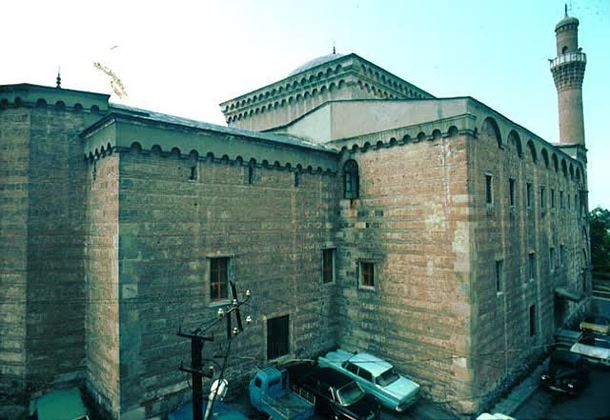 Hüdavendigar Külliyesi is an imperial complex located in the Çekirge neighborhood of Bursa, in a hilly area overlooking the city. The complex consists of a dervish lodge (zawiye), as well as a mausoleum (türbe), soup kitchen (imaret), bath (hammam), and a Qur’an school for boys (sibyan mektebi). The complex is named after its patron, Ottoman sultan Murad I, whose epithet was Hüdavendigar. Its original construction dates before 1385/787 AH, the date of an endowment document (vakfiye) that mentions the finished complex. Construction may have started as early as 1365-1366/767 AH. The zawiye/madrasa building was rebuilt following the 1855 earthquake, without alteration in plan. Successive restorations in the nineteenth and twentieth centuries have introduced new elements such as the central fountain and the wooden gallery above entrance.

The dervish lodge building is unique in the history of Ottoman architecture as it combines two building types on two floors. It takes the form of a two-story cube with a rectangular block protruding from the south side. It is made of alternating courses of brick and stone. The front (north) façade is composed of a two-story portico with five pointed arches on the first story giving onto five domed bays. The second story features five double-arches within a larger blind arch giving onto five domed bays.

The ground floor is the zawiye and follows traditional plans for this type of structure: a hall and adjoining iwans that form an inverted T. A portal in the central bay of the first story of the portico leads onto a vestibule flanked by two side rooms, followed by a second, smaller vestibule also flanked by two side rooms. This leads onto a large domed hall with two side iwans east and west) and a larger iwan on the qibla (south) side. The mihrab at the rear of this qibla iwan is fit into an octagonal protrusion from the building, reminiscent of the apse of a late Byzantine church.

Access to the second story is granted through staircases in the thickness of the walls between the first vestibule and its two side rooms. The stairs land on a gallery that wraps around the east, south, and west sides of the large domed hall on the first floor, taking the shape of a U: the south, occupied by the qibla iwan on the first floor, has no gallery. Sixteen cells accessed from this gallery line the two side walls of the building (east and west). A larger room between the two staircases on the north side of the gallery occupies the space over the vestibule and gives access to the veranda atop the portico. On the southern ends of the two long arms of the gallery, passages lead to a very thin corridor tracing the perimeter of the qibla iwan leading to a room over the mihrab. This second story, with its cells arranged about a central space, recalls the plan of a madrasa, although its original function is not clear.

The mausoleum was commissioned by Bayezid I after the death of his father Murad I, and is located to the south of the mosque. It is a single-unit with dome resting on double arches and Byzantine columns and houses the tombs of Murad I and seven other members of the Ottoman family.

The hamam, known with the multiple names of Bekarlar, Kimsesiz, Cikcik or Girçik Hamami, is located to the east of the mosque and consists of a single domed unit with fountain at its center. It is currently used as privy chambers for the mosque.

The boys' school has been entirely rebuilt and is currently in use as primary school. The soup kitchen (imaret) to the west of the mosque has also lost its original form.