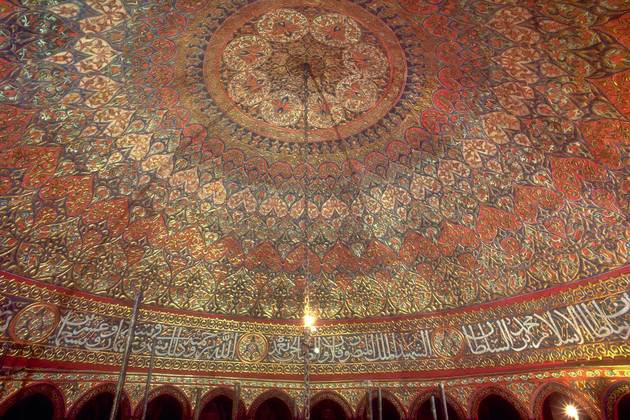 Share
Recipient of the Aga Khan Award for Architecture in 1986.
The al-Aqsa Mosque, originally built in 715 A.D., has not changed significantly in size or plan since the 12th century. The client for the current restoration is a semi-governmental body established by Jordanian law. In 1969, at the time its work commenced, the precinct of the mosque and the Dome of the Rock, known as the Haram al-Sharif area, as well as the great monuments themselves were in a sorry state of disrepair. Most noticeably, the dome of the mosque had been reconstructed in concrete and covered with anodized aluminum instead of the original ribbed lead sheeting. The program of extensive conservation began with the damaged dome and its paintings. The ribbed aluminum outer covering was replaced with lead to match the original. The 14th-century painted decorations of the dome interior, thought to be irreparably lost, were brought to light and completely reconstructed using the trateggio technique, a method that uses fine vertical lines to distinguish reconstructed areas from original ones. The rest of the mosque is also being restored as is the entire Haram area. A systematic and scientific spirit pervades the entire effort. The jury commended the very high technical quality of every aspect of the work, and particularly the restoration of the inner decoration of the dome, which they found to be "exceptional and aesthetically satisfying."