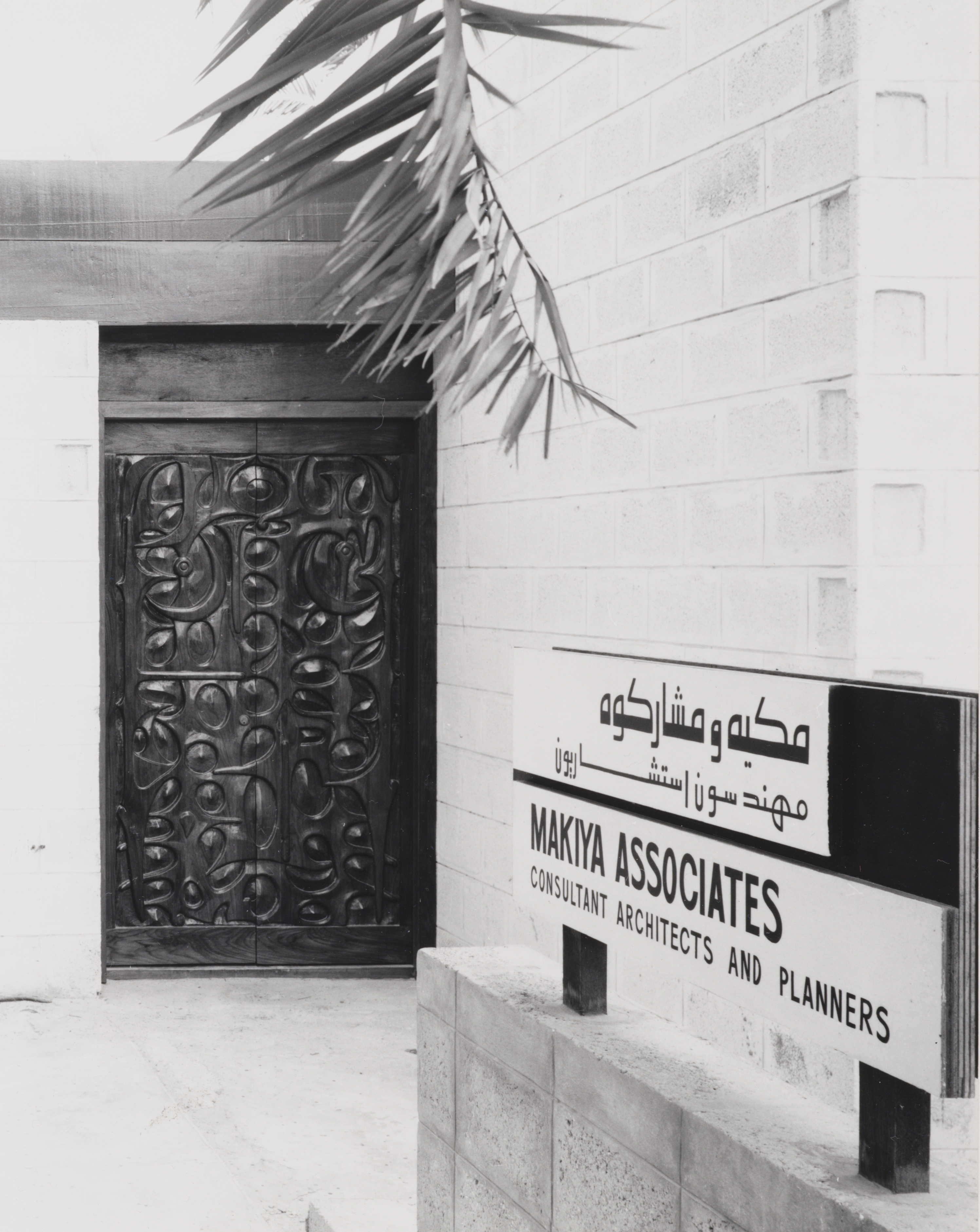 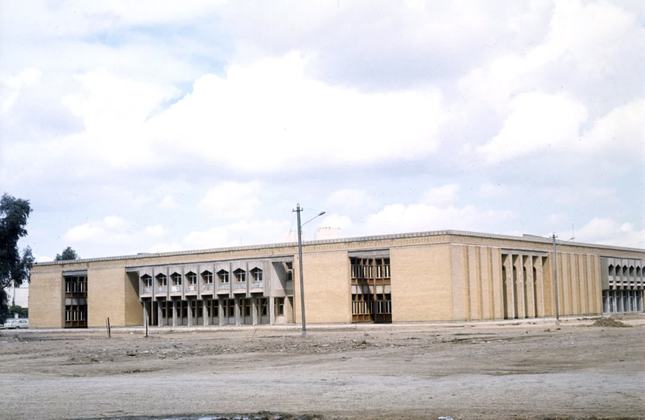 Share
The College of Theology at the University of Baghdad was built after the initial campus development by the Architects Collaborative (TAC), and was built alongside existing university buildings. Published sources indicate that the building was completed in 1966, though handwritten notes in the records of Makiya Associates indicate a completion date of 1968. The two-story building is built of reinforced concrete faced with brick, with classrooms, seminar rooms, a library, and faculty and administration offices arranged around courtyard spaces, intended to suit both the climate conditions and social patterns of use. Brick mosaic and local colored ceramic details are used to ornament the building.
The original plans for the building included a small mosque which was not built. This mosque was intended to be a focus integrating the other colleges in the campus group by serving the needs of the adjoining faculties as well as the College itself.
Sources:
College of Theology records, undated, Box 19, Folders 4 & 5. Mohamed Makiya Archive, Aga Khan Documentation Center at MIT.
Makiya, Kanan. Post-Islamic classicism: a visual essay on the architecture of Mohamed Makiya, 90, 95, 150. London: Saqi Books, 1990.