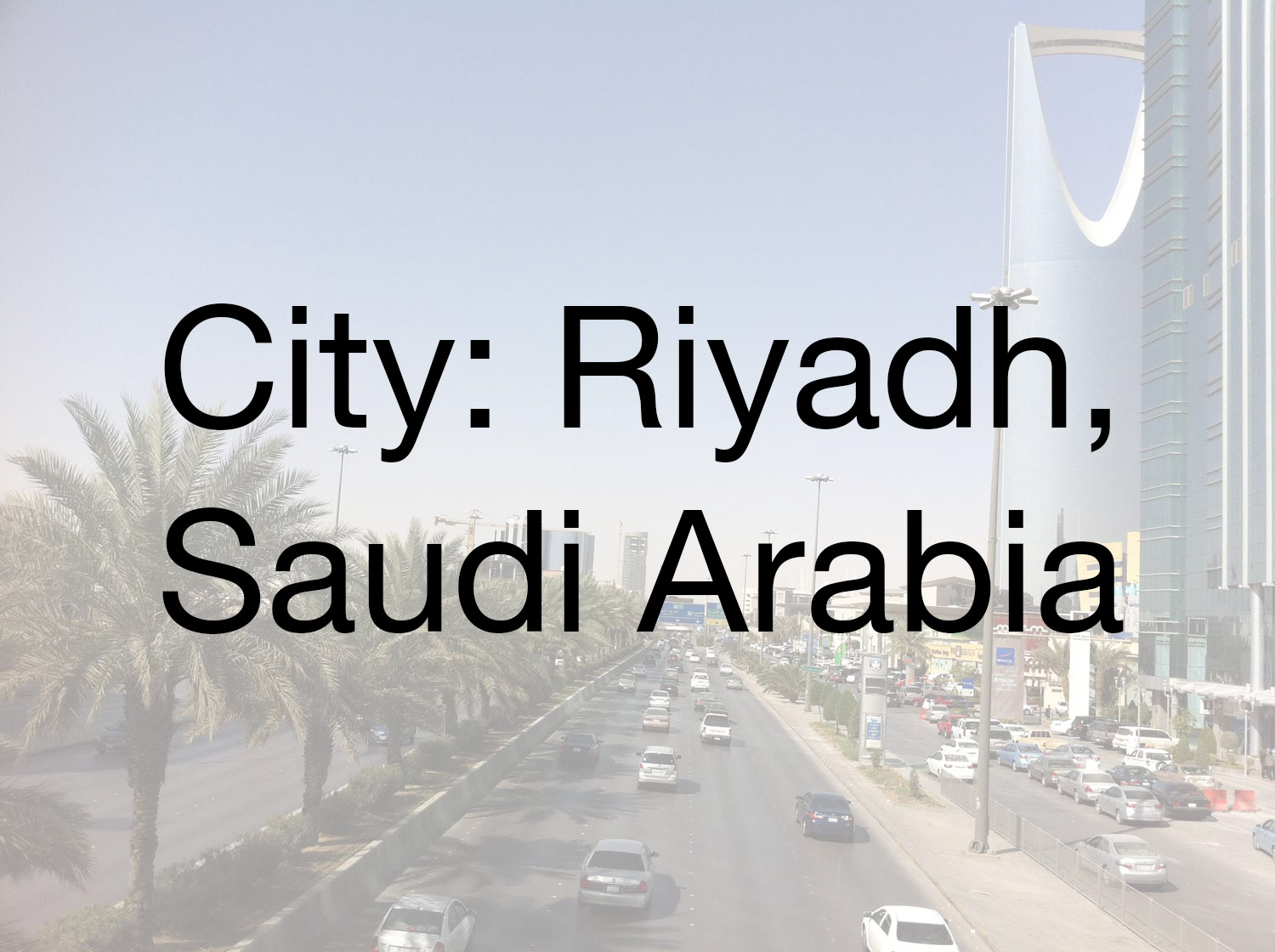 Riyadh, the capital city of Saudi Arabia, has grown more than 100 fold in less than half a century, expanding from 8 square kilometers in the early 1940s, to 845 square kilometers today. Consequently, its population has also increased almost 100 times during the same period, rising from 25 thousand to nearly 3 million. Despite its modern ascent, however, Riyadh is a city with deep historical roots. With natural water resources, Riyadh supported the development of early towns. When the Banu Hanifah settled in the Yamamah region about two centuries before the advent of Islam, the town of Hajar developed as a residence for its rulers, as well as a commercial centre. People looked to Hajar as a hub of economic activity, a place to settle judicial disputes, and as the seat of their tribal origins. The town of Hajar was decentralized in the sixteenth-century, scattering into small villages. At the beginning of the eighteenth-century, the name Riyadh was given to a number of these villages and their surrounding areas.
With the final expulsion of Ottoman forces in 1824, under the leadership of Imam Turki, Riyadh was adopted as the principle city of the Suad dynasty, and became a site of development. The original walls of the city were refortified and palatial works, like the Masmak Palace, now one of the oldest structures in Riyadh, and the Murabba and Shamsiya palaces, were added. Despite these additions, Riyadh remained a small town until the early twentieth century, with an architectural heritage rooted primarily in mud-brick construction.
In the 1930s, the landscape around the city began to change as suburbs began to form about the city, following the discovery oil deposits in the kingdom and Riyadh's official recognition of its capital. Nevertheless, the most significant changes of this decade occurred in the eastern region. Over the course of the twentieth century, much of the city's original architecture was replaced with modern structures, as concrete construction began to replace traditional modes of construction in the late 1940s, and Riyadh began to develop as a governmental administrative center. Beginning with King Suad's 1953 succession of the throne, Riyadh became a more targeted focal point of modernization efforts. In 1957, the first reinforced concrete buildings debuted on a new grid-plan in Riyadh with the completion of Annasriyyah, the royal residential district and Riyadh was integrated into the peninsula's transportation network, with the construction of a railway connecting to ad Dammam in 1953, and the King Khalid International Airport and facilities in 1984. New housing models were introduced to the city, including the villa style, as migration to the city increased, and new universities to accommodate them, like the King Suad University, were constructed.
Sources:
Al-Naim, Mashary A. "Riyadh: a city of institutional architecture." In The Evolving Arab City: Tradition, Modernity and Urban Development, edited by Yasser Elsheshtawy, 118-148. London: Routledge, 2008.
Everett-Heath, John. The Concise Dictionary of World Place Names (third edition). Published Online : Oxford University Press, 2014.
The Grove Encyclopedia of Islamic Art and Architecture, Edited by Jonathan M. Bloom and Sheila S. Blair. Published Online : Oxford University Press, 2009.
"Riyadh Architecture in One Hundred Years". Essay on a public lecture presented by Saleh al-Hathloul at Darat al-Funun, Amman on April 21, 2002. CSBE Website. http://www.csbe.org/e_publications/riyadh_architecture/essay1.htm. [Accessed September 21, 2006]

Chamber of Commerce and Industry 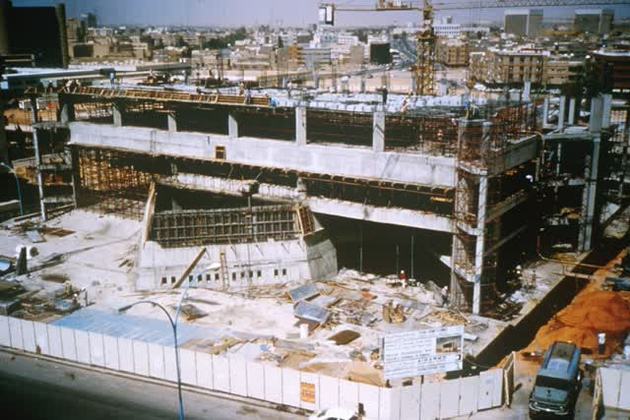 Share
A square plan, eight-storey office tower in which the offices are arranged around two atria, one above, open to the sky, and a second enclosed skylit cool atrium below. The mechanical and electrical services, lifts and escape stairs are located in two perimeter towers maximising the free area around the atria. Polished granite is used on the corners of the external facades and internally in public areas. Bronze tinted reflective double glazed curtain wall is used on the rear elevation. An Arabian theme runs through the building interior emphasizing the use of Islamic geometric patterns and materials.