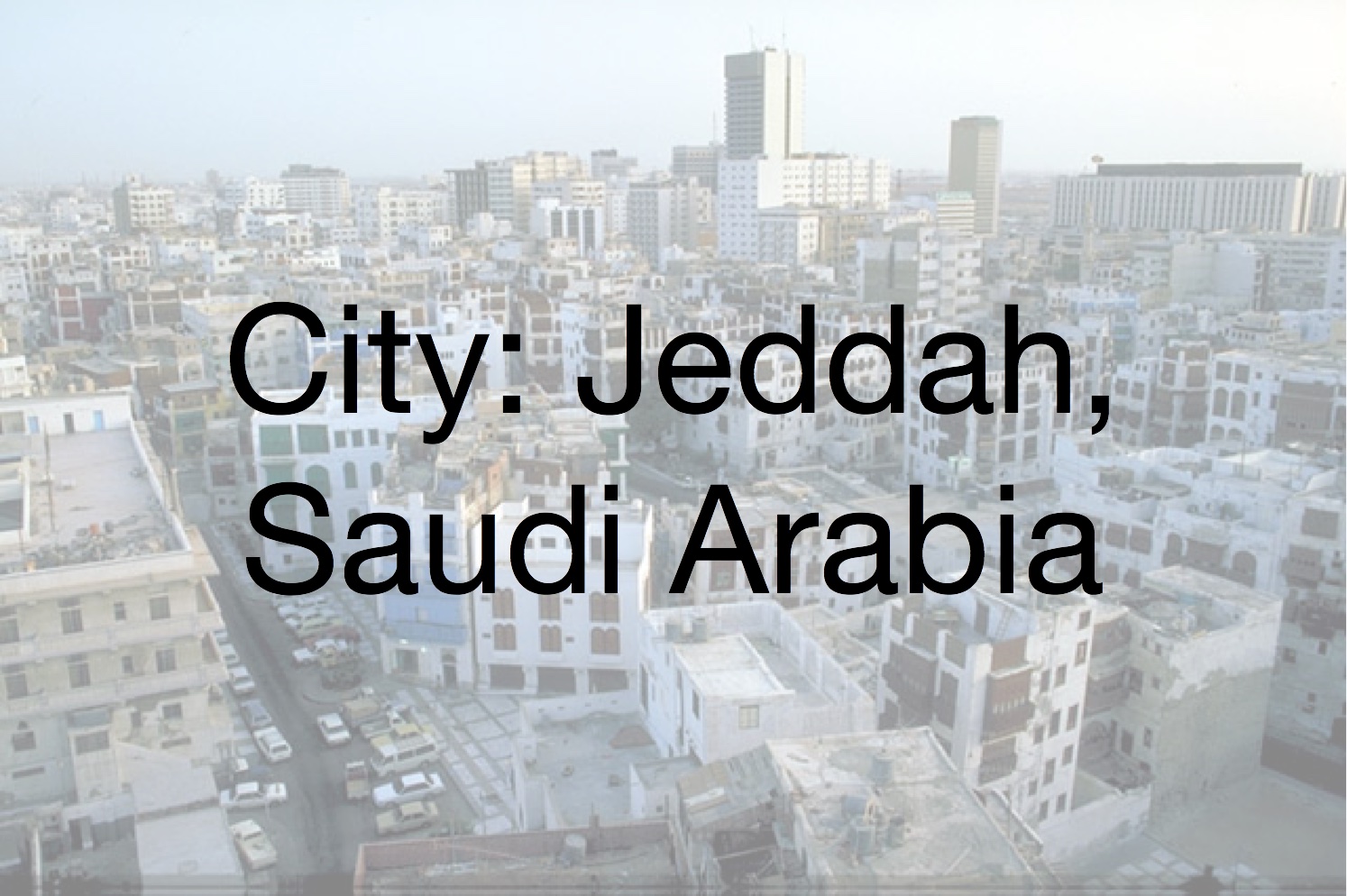 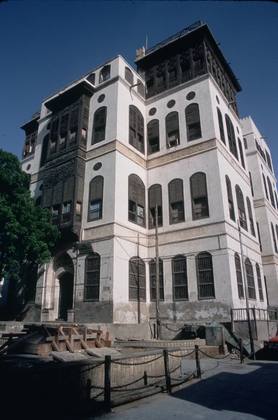 Share
Nassif House (Bayt Nassif) is situated in the old town of Jeddah on al-Alawi Street. It was built between 1872 and 1881 by Sheikh Umar Effendi al-Nassif, a notable of the city of Jeddah. The house is also known as "the house with the tree," for it opens onto a square with a neem tree, the only tree in Jeddah until the 1920s.

The house was designed by a Turkish architect, and is therefore unusual when compared with other historic Jeddah residences. Its entrance is on the north, through a flight of stairs leading to a wooden carved door centered on the facade. It has a secondary women's entrance door to the west. The ground floor is raised to accommodate two cisterns for rainwater that serve to cool the lower floors. The plan of the house is almost a square with a protrusion to the north for the entrance door, and another protrusion to the south that contains the stairs. The plan is arranged around a central hall leading to the four corner rooms, the stairs to the south and the major room to the north. On the east and west sides of the plan, a recess emphasizes the corner volume; the rooms are lit and ventilated from three sides by a set of three arched windows on each wall. The interior rooms are decorated with frescoes, wood carvings, and decorative tiling holding Arabic calligraphy. The staircase leading to the four floors of the house is an unusual combination of steps and ramps facilitating the access to the upper floors on steed, especially the kitchen located on the fourth floor. Each floor is equipped with a latrine, and the third floor has a shower.

The house is constructed of limestone bearing walls reinforced with wooden beams. The façade is covered with limestone plaster decorated with a band of floral motifs delineating the wooden slab of each floor. Above the entrance door, a bay window (kushk) of carved Java teak spans two floors. On the fourth level, the main room to the north is opened to the sky, thus creating an outdoor patio that links the two northern corner rooms. These two corner rooms on the fourth level were constructed of teak, with a wooden cornice and wooden balustrade that secures the roof terrace. The windows are protected by wooden mashrabiyah shutters and topped by small circular windows for ventilation.

Besides being a home for the Nassif family, it served as a residence for King Abul Aziz Ibn Saud in 1925 when he entered the city as a conqueror. In 1975, the Saudi government bought the house and designated it as a historic landmark. It was first transformed it to a library with 16,000 books; since its renovation, it has been used as a cultural center for lectures and exhibitions.