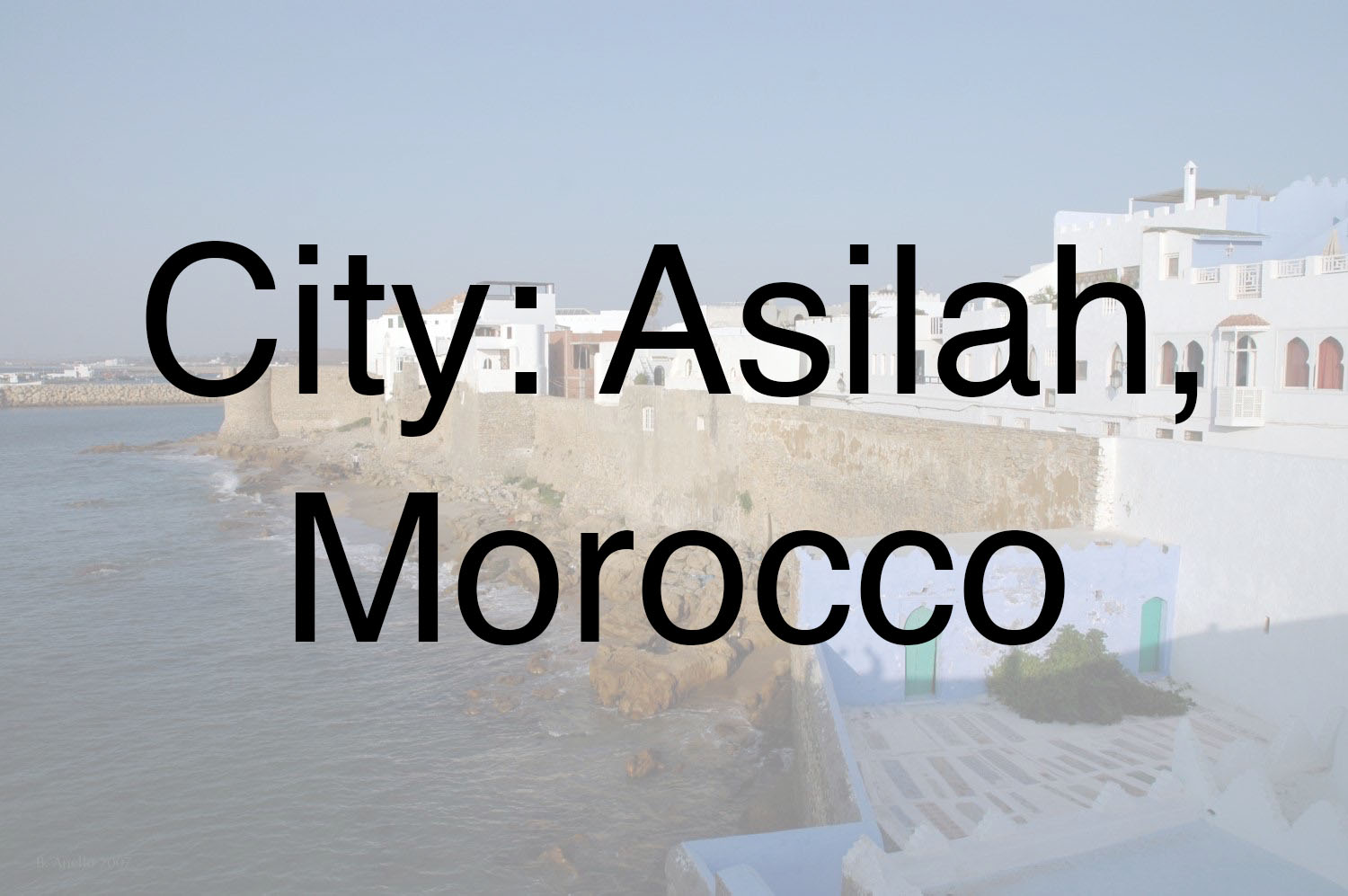 Asilah is in northern Morocco, approximately 30 km southwest of Tangier.
The region around Asilah has been inhabited since well before 1500 BC and Phonecian settlements in the area, but the Mulsim city know as Asila dates to the Muslim conquest and the Idrisid dynasty.  It 966 the city was reconstructed by the Umayyad Caliph al-Hakim II.  In 1471 the Portuguese conquered the city, and it remained European sovereignty until 1691 when it was reconquered by Mulay Isma'il.  He built two of the cities mosques, a madrasa and hammam. 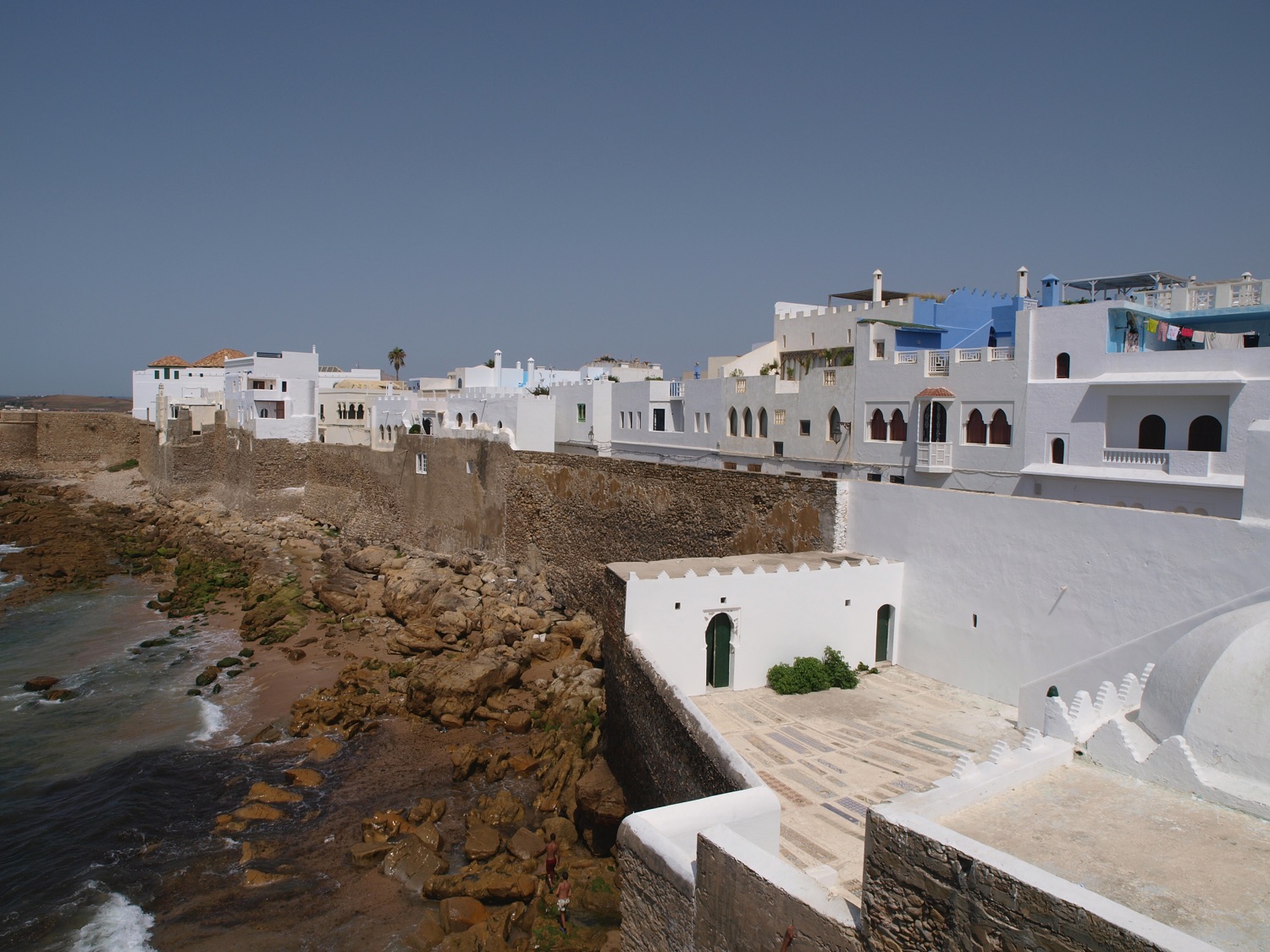