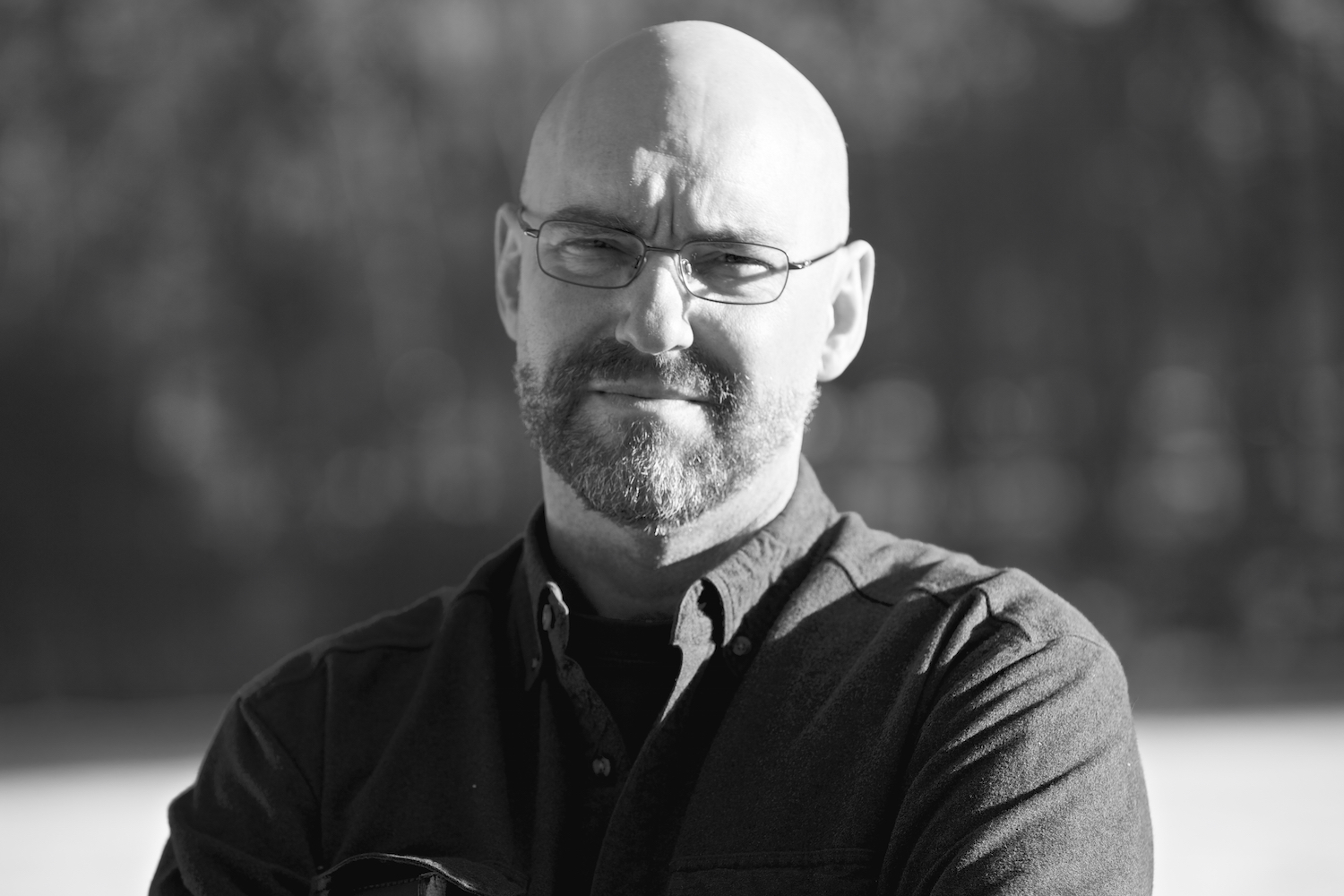 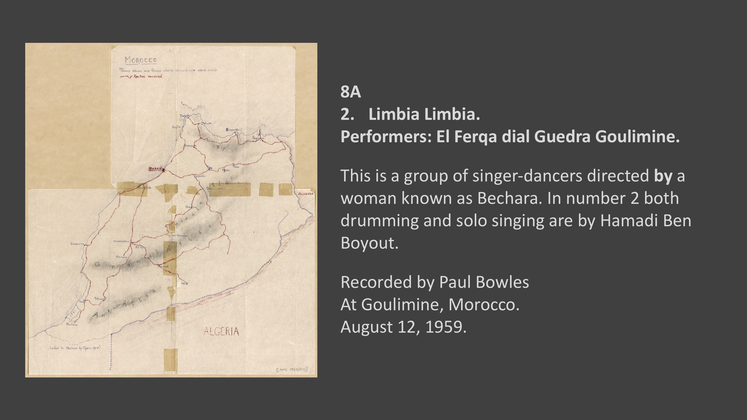 "To get to Goulimine it was necessary a secure a special military permit issued 'in Agadir; the town was bombed in 1958 by Spanish forces stationed in Ifni. It lies at  the edge of the desert, south of the Anti Atlas, near the southern tip of the enclave of Ifni. In some respects the Goulimine recording session was a thing apart from the others. It took place in a private home, the residence of one Bechara, who acted both as hostess and as impresario. Certain of the girls (there were seven taking part) lived in the house; the others had to ' be sent for. Fortunately I had been warned beforehand to record at night, as only then would the proper emotional state be attained by performers. The entire spectacle, both visual and auditory, is something quite apart from all the rest of Moroccan folk manifestations. The costumes, music and dance are those of Mauritania, and have been preserved more or less intact over an indeterminate period of time. The music has no immediately discoverable relationship to the rest of Moroccan music, either of Berber or Arabic origin; on the other hand, it can readily be linked with the songs of both Ethiopia and the coastal regions of East Africa where Swahili is the language. The dance, in contradistinction to the music, is subtly voluptuous and of great refinement, yet wholly without an element of personal expression. My feeling is that it was originally of hieratic character; it still gives the watcher the sensation that he is witnessing a fragment of an extremely antique culture. The guedra is danced on the knees; the dancer never rises. Variety is attained through a host of expressive gestures made with the fingers, hands, arms, shoulders and torso. Up to within the past five years the dance was performed with uncovered breasts; now the authorities prohibit this, although I was assured that in the nearby desert it was still done in the traditional manner. The original texts of the songs, like most of the rest of the folk texts in Morocco, have been discarded under official duress, and political texts substituted for them. This procedure, while an excellent form of unpaid political advertising, conceivably could interfere with the musical performance, particularly through lack of interest in the new subject-matter. To circumvent such a possibility it is sometimes wise to distribute kif to the performers. When the drug has taken over, as it were, the music becomes of far greater importance than the words to the singer, and a portion at least of the natural enthusiasm can be recovered. This session is a case in point. (There was no government official present, and in this respect too, the session was unusual.)"