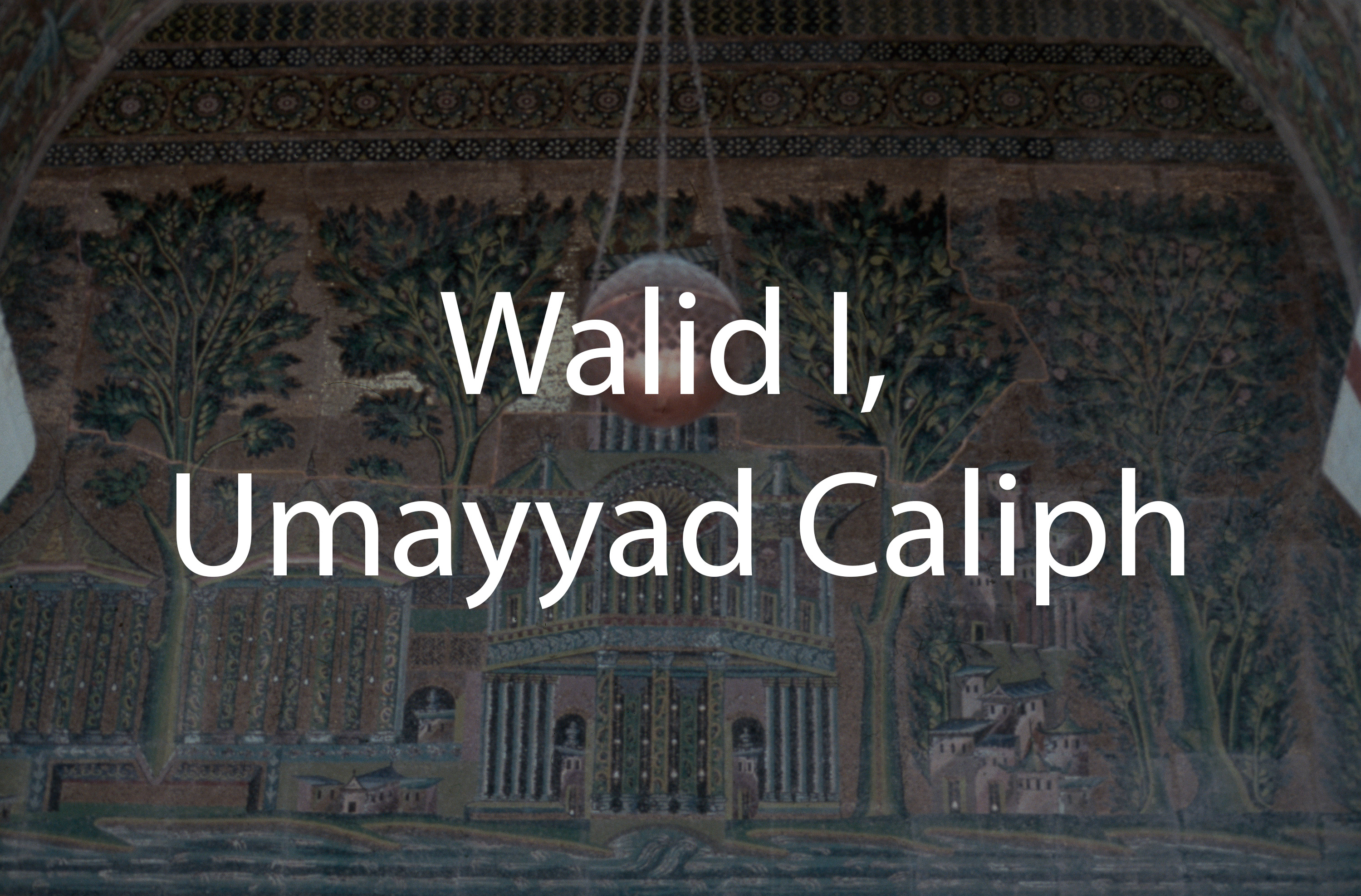 Al-Walid ibn 'Abd al-Malik ibn Marwan was the sixth caliph of the Umayyad Dynasty, the first hereditary dynasty of Islam. Walid I is known as a patron of monumental buildings, and the works he commissioned include the Great Mosque of Damascus and the Mosque of the Prophet at Medina. The period of his reign is also known as one of expansion given a series of decisive victories made by the empire's armies on both the western frontier in Andalusia, where Roderick the Visigoth king was defeated at the Battle of Guadalete (Wadi Lakku in Arabic) in 711, and on the eastern frontier in Transoxiana, or modern day Turkmenistan and Uzbekistan, where the important Central Asian cities of Bukhara, Samarkand, and Ferghana surrendered to Muslim generals.1
Muhammad ibn Jarir al-Tabari (d. 923/310 AH), the great historian of early Islam, recorded the deeds of Walid I as follows:

In the opinion of the Syrians, al-Walid b. 'Abd al-Malik was the worthiest of their caliphs. He built mosques - the Mosque of Damascus and the Mosque of Medina - set up pulpits, gave out to the people, and gave to those afflicted with elephantiasis, telling them not to beg from the people. He gave every cripple a servant and every blind person a guide. During his rule massive conquests were effected: Musa b. Nusayr conquered al-Andalus, Qutayba conquered Kashghar, and Muhammad b. al-Qasim conquered India.2 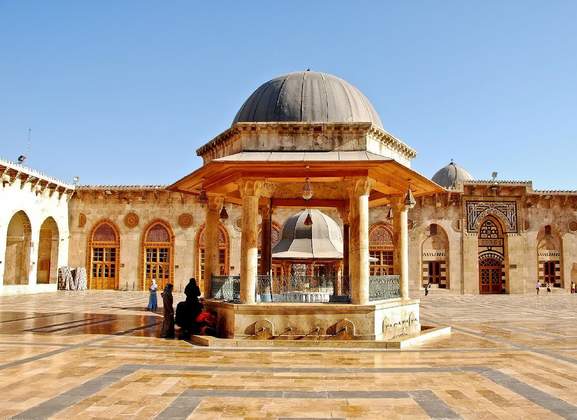 The chronological position of the Minaret of Aleppo and the richness of its forms is the fundamental document for all studies on the relationship between medieval architecture in Europe and the Orient. This is the moment where the Romanesque style transforms into the Gothic, the artistic expression of one of the most decisive steps in the development of the European spirit. The minaret of Aleppo exemplifies the idea that contact with the Muslim world during the Crusades produced the European spirit.7