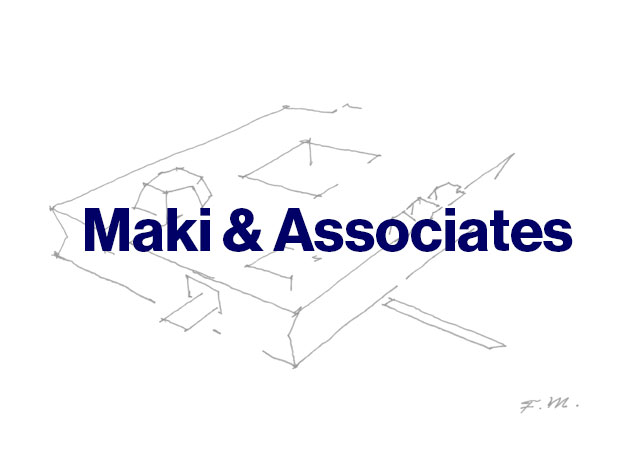 Maki and Associates is a Tokyo-based architectural firm founded by Fumihiko Maki in 1965. 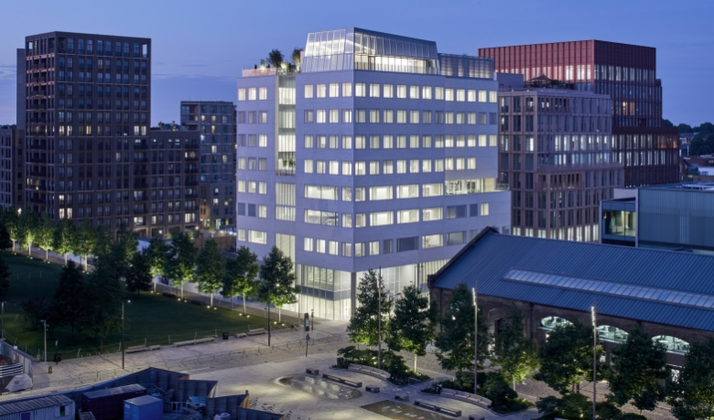 The Aga Khan Centre is a place of education, knowledge, cultural exchange and insight into Muslim civilisations. The building is the UK home for three organisations founded by His Highness Aga Khan IV, the hereditary spiritual leader of the Shi‘a Ismaili Muslims.

This building is designed to represent the values of openness, dialogue and respect for different viewpoints (pluralism). The architecture incorporates a collection of gardens, courtyards and terraces that provides an insight into the diversity and influence of Islamic landscape design around the world and through history. The building houses three institutions: Institute of Ismaili Studies, Institute of the Study of Muslim Civilisations, and the Aga Khan Foundation, UK.

The building was designed by Fumihiko Maki, one of Japan’s most distinguished contemporary architects. The Centre is primarily designed for an academic community, with places for students, scholars and staff to share ideas and work together alongside flexible teaching spaces and quiet research areas.

The building is influenced by Islamic architectural history and uses a small array of timeless materials. It is clad in crisply detailed pale limestone, which is inspired by grand Portland stone buildings across London and contrasts with the darker brick of industrial King’s Cross. The form of the building has a sculptural quality, partly achieved by a white glass window pattern. The building sensitively fits into its context – with each side relating to its surroundings through carefully composed views into, and out of, the building.

Organised around a nine-storey glazed atrium, the building layout reflects traditional courtyards found in Morocco and Egypt, where private rooms surround common spaces. The atrium is a social and visual hub, bringing light deep into the building. A geometric eight-point star pattern appears on metalwork and windows, casting shadows across the walls. This motif also appears in some of the Centre’s outdoor spaces.

The Aga Khan Centre comprises a base, a core and a roof. Full-height glass gives the base a visual lightness, and the main part of the building appears to float above this. The top floor is part roof and part garden, inspired by the multiple domes of the Shah Mosque in Isfahan, Iran. The Centre is crowned by the shimmering prism of the ‘Crown’ room.

The building incorporates six outdoor spaces of varying sizes, from its first floor to its ninth, to enrich the experience of students and staff. Smaller terraces on the lower floors are for socialising and learning. A large roof garden serves as a space for gatherings and events, with impressive views over London. A more private, intimate courtyard at this level is open only to the sky.

Each roof garden, terrace, and courtyard in the Aga Khan Centre echoes Islamic architectural and garden styles. These contemporary landscaped spaces represent the diversity of Muslim cultures around the world and over time. The modestly-sized but beautiful spaces range from contemplative and secluded to open and social. With nearby Jellicoe Gardens and Lewis Cubitt Square, they form a ‘ribbon’ of green spaces. The spaces at the Aga Khan Centre are open to the public for tours.

Islamic gardens come in many different types, styles, shapes, and sizes with most containing plants and flowers for shade, colour, and scent. Other characteristic features include water, geometrical patterns, architectural elements, and hard surfaces, arranged symmetrically. The chahar bagh – gardens divided into four parts by water channels or pathways and reflecting the four gardens of Paradise mentioned in the Qur’an – is a common layout. While many Islamic gardens share these features, they vary across different regions in response to local climatic conditions, architectural styles, and cultures.