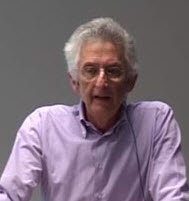 Of Italo-German family origins, Stefano Bianca was born in 1941 in Lisbon. He received most of his education in Switzerland, earning his master’s degree in architecture and his Ph.D. in architectural history at the Swiss Federal Institute of Technology (ETH) in Zurich. He has also taught urban design at the ETH in 1978/79 and has lectured on subjects of planning and urban conservation in Europe, the US and the Middle East.

As researcher and writer, he has extensively studied the architecture of the Muslim World since 1966, focusing on the interrelation between cultural patterns and corresponding built environments. As practising architect and urban designer, he has directed between 1975 and 1991 a number of conservation and urban rehabilitation projets in historic cities of the Muslim World, including Fez, Cairo, Aleppo, Damascus, Sana’a, Baghdad, Medina, and Riyadh, some on behalf of UNESCO, some on behalf of local authorities.

From 1992 to 2006, Stefano Bianca has been the first Director of the newly established « Historic Cities Programme » (HCP) of the Aga Khan Trust for Culture (AKTC) in Geneva, which is in charge of implementing the Aga Khan’s initiatives in the field of urban conservation and rehabilitation in the Islamic world. He has built up the strategy and the initial portofolio of the Programme, which includes sites in Northern Pakistan (Hunza and Baltistan), Zanzibar, Samarkand, Cairo, Mostar, Aleppo, Kabul, Herat, Delhi and other places, with activities covering conservation of historic buildings, urban rehabilitation, improvement of public open spaces, community development, economic support and local institution-building.

Since his retirement in 2006, Stefano Bianca has worked as a free-lance consultant and held courses at the Institute of Ismaili Studies in London, as well as advising on urban planning in Baghdad, Nejat and Karbala. For UNESCO, he participated in the research concerning the new concept of « Historic Urban Landscapes ». He has published widely on the subjects of environnmental planning, Islamic arts, traditional architecture and gardens, as well as urban conservation and development in the Arab World. Among his more recent books are

My First Encounter with the Islamic World 50 Years Ago 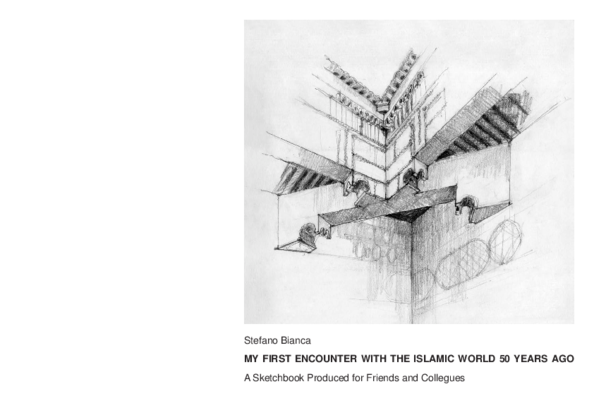 Citation
Biaca, Stefano. My First Encounter with the Islamic World 50 Years Ago. Geneva, 2016.
Description
A personal account of the author's visit to Morocco in the 1960's captured in beautiful hand sketches.
"One of the privileges of age and retirement is being able to look back and to discover how one’s course of life has been shaped by the interaction between seemingly fortuitous outer circumstances (that might as well be acts of providence) and inner instincts and motivations that were activated in response to such external challenges. In my case, it is easy to identify the dispositions and events that concurred in triggering my lifelong involvement with the Islamic World, its architecture, its cities and its traditional culture." [from the introduction by Stefano Bianca]
Associated names
Country
Morocco
Language
English
File type / Size
PDF / 7.36 MB
Document Date
2016
Copyright
Stefano Bianca
Source
Stefano Bianca