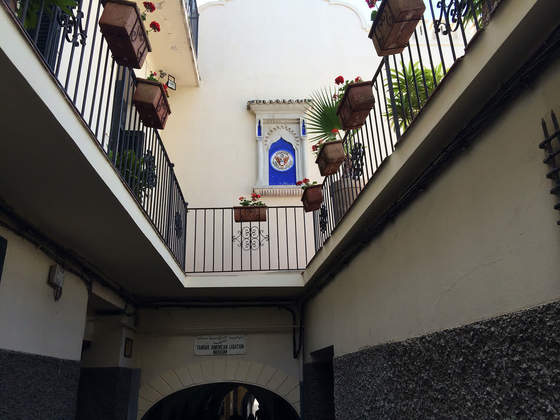 The Tangier American Legation Institute for Moroccan Studies is a sprawling compound that straddles both sides of Zanqat America in the section of the old medina known as Haoumat Béni-Idir.  This multi-purpose museum, research, educational and cultural center includes a functioning museum, library, offices, reception areas, and living quarters for the resident director of the Institute, as well as guests.

The original building was given to the United States to serve as a diplomatic presence in Morocco by Sultan Mulay Suliman in 1821 and served as such in some capacity until 1961 when a new facility was completed outside the medina.  It is the longest time a single building has served as a US diplomatic presence. Tangier was bombarded in 1844, and the original building damaged. In 1848 it was substantially rebuilt, “with little of the original material remaining."1 The structure was repeatedly expanded and renovated over the course of the nineteenth and twentieth centuries, most significantly between 1921-1931 under Maxwell Blake with the acquisition of property for the construction of the “Moorish” or “Arab Pavilion." The database Tánger: El Mundo en una ciudad attributes this expansion to the Moroccan master builder Ahmed El-Bokori.  It was expanded again in 1941 with acquisition of an adjacent building that provided additional office space which served to house OSS operations during World War II.

When a new consulate was built outside the old city, the legation was closed.  From 1961 to 1975 the building served as a language school for the United States State Department, and then as a training center for the Peace Corps. Minor renovations were undertaken to adapt the building to this purpose.   In 1975 the United States government was planning to sell the building.  The Deputy Chief of Mission Carleton S. Coon Jr., and the Public Affairs Officer James Tull, both at the embassy in Rabat, worked with the newly arrived Consul in Tangier Harland H. Eastman to put together an exhibit and reception to commemorate the Bicentennial of US independence, and to save the Legation.

Eastman has written that,

the condition of the Legation was appalling.  Walls were crumbling, roofs leaked, windows were broken, floor tiles were piled up in corners, in short it was a mess.

Moreover, there was no budget for the work.  In November 1975 he writes,

I therefore decided to embark on a do-it-yourself restoration project with the materials and manpower at my disposal.For the rest of the winter every available hand at the Consulate was sent to the Legation to help plaster and paint and carry out other repairs.  I had no idea how far we would get, but by spring it was evident that a magic transformation was taking place.2

Eventually volunteers started to come up from the embassy in Rabat and from military bases in the area, as well as donations from various locations.  The collector Donald Angus provided most of the furnishings and and works of art. The bicentennial celebration was held on July 2, 1976.3

Ben Dixon, former Consul in Tangier, was responsible for establishing the Tangier American Legation Museum Society (TALMS) to maintain a museum at the site of the Legation that would collect and exhibit documents and artifacts relating to the history of US-Moroccan relations.4 An arrangement was established through which the society would lease the facility from the US government for a nominal fee.

In addition, TALMS would undertake cultural, educational, and research activities, and provide representation in Morocco for several American academic organizations.   The significant role of the building in the history of the United States

was recognized when the property was listed in the National Register of Historic Places on January 8, 1981, and designated a National Historic Landmark on December 17, 1982.  The decision to so designate a property located abroad was controversial, but it was determined that National Register listing was valid since the legation building remains sovereign property of the United States.5

Renovations and extensive restorations were done throughout the 1990s under resident director Thor H. Kuniholm, who also added a fifth floor salon.  In 2008  TALMS both the Museum and its parent organization were renamed the Tangier American Legation Institute for Moroccan Studies (TALIM).  Renovations and restorations were continued by his successor, Gerald Loftus, who has opened previously closed areas of the facility to the public.

In the late Spring of 2015 the Moroccan Pavilion was closed over concerns over the sinking foundation causing structural instability.  Exhibits have been moved to other parts of the museum while the Pavilion undergoes a restoration to shore up the foundation and to repair damage. 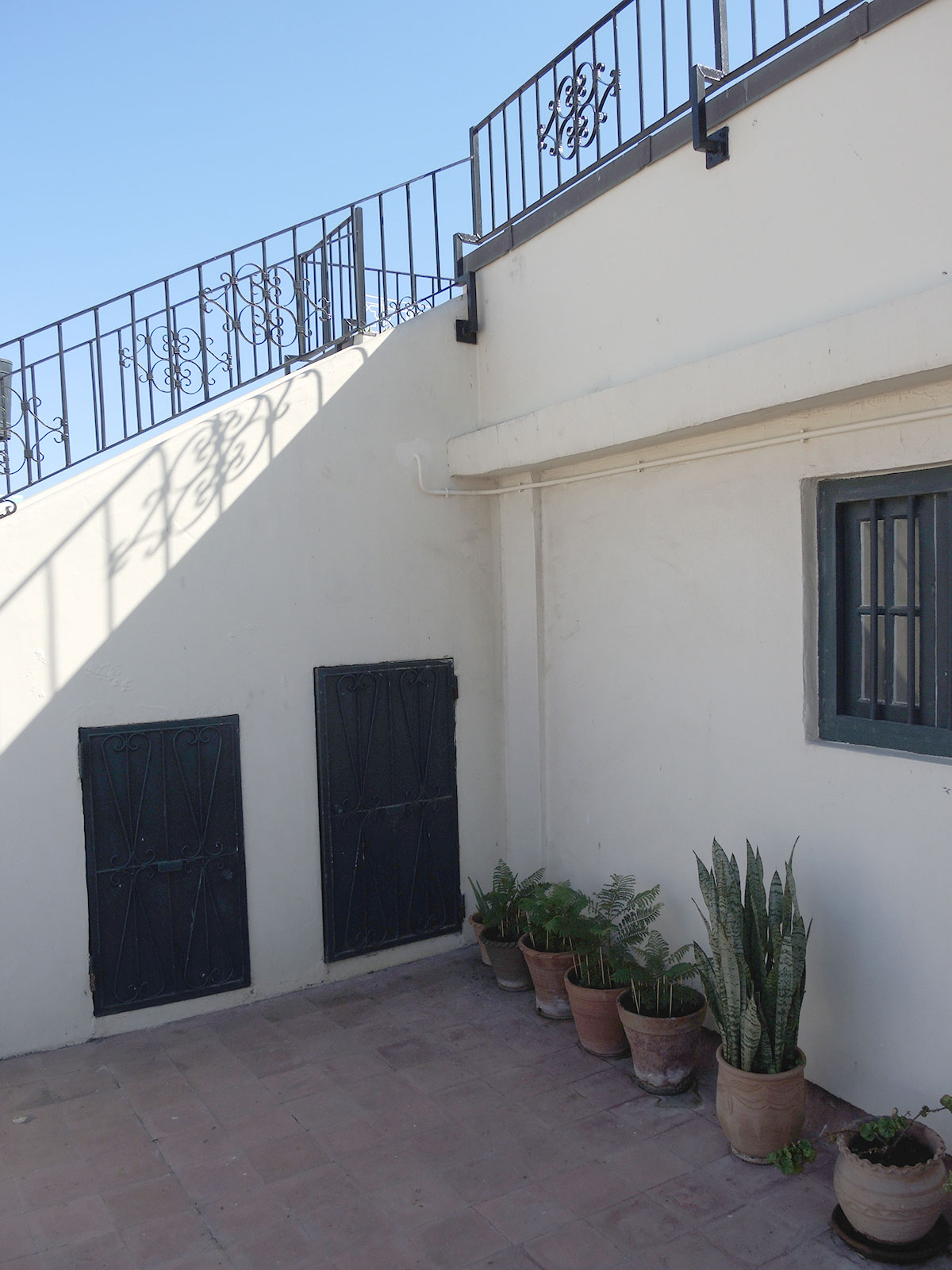