The Grand Museum of Egypt 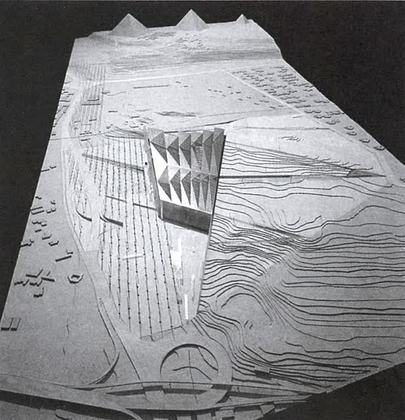 In 2002, an International Architectural Competition to design the largest Museum of Egyptology in the world, on a site neighboring the Pyramids of Giza was announced. The international competition was carried out under the patronage of UNESCO, and under the supervision of the International Union of Architects (UIA). With unanimous agreement and conviction, the entire Jury members awarded the First Prize to Heneghan /Peng from Ireland.

The site for the Grand Egyptian Museum is located at the edge of the first desert plateau between the pyramids and Cairo. It is defined by a 50m level difference, created as the Nile carves its way through the desert to the Mediterranean, a geological condition that has shaped Egypt for over 3,000 years.

The design of the museum utilises the level difference to construct a new ‘edge’ to the plateau, a surface defined by a veil of translucent stone that transforms from day to night. The museum exists between the level of the Nile Valley and the plateau, never extending above the plateau.

A 3-dimensional structure inscribed by a set of visual axes from the site to the three pyramids defines the framework within which the museum emerges, from the overall scale of the site to the smallest of details.

The approach to the museum is a series of layers, whereby the visitor moves through a monumental forecourt, a shaded entrance area and a grand staircase that ascends to plateau level, the level at which the galleries are located where for the first time the visitor sees the pyramids from within the museum.

The museum is envisaged as a cultural complex of activities devoted to Egyptology and will contain 24,000m² of permanent exhibition space, almost 4 football fields in size, a children’s museum, conference and education facilities, a large conservation centre and extensive gardens on the 50hA site. The collections of the museum include the Tutankhamen collection, that is currently housed in the Egyptian Museum in Cairo, and the Solar Boat that is now housed beside the pyramids. 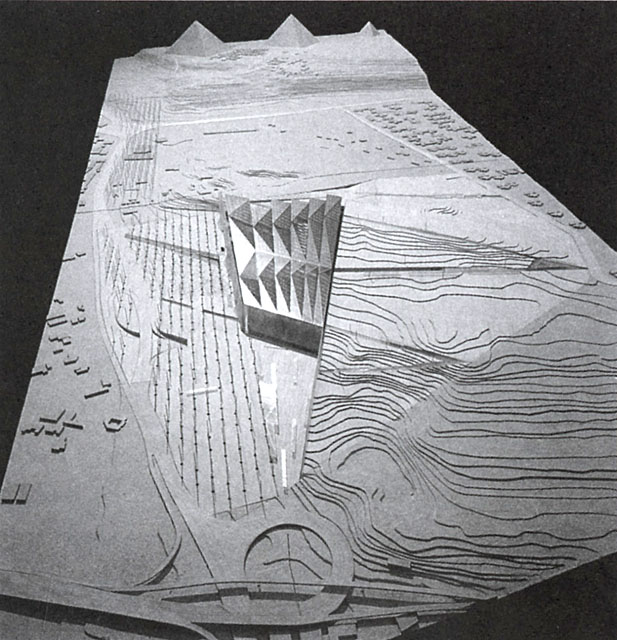