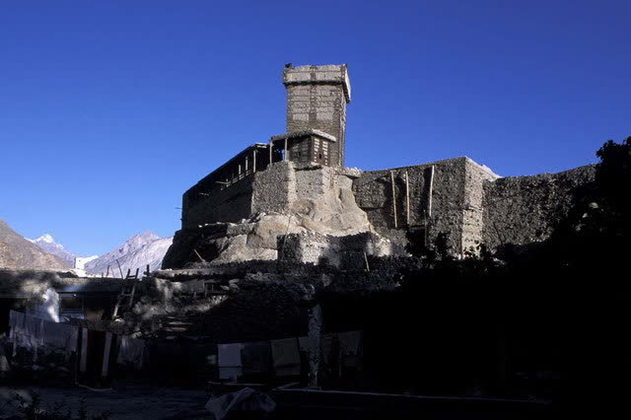 The Main entrance faces Ulter and opens into the ground floor narrow dark corridor which leads to a space with two small storage spaces inside it located on the east and western side. The main space contains a rectangular structure which physically seems a supporting structure made of rubble stone and cribbage frames has a story related to it. The story is of a prince who has been buried in standing position inside the structure; he was killed by his father after believing of his son's involvement in a plan against his kingdom. The ground floor corridor further leads westward to a stair made of rubble stone masonry which connects it to the first floor. The first floor contains the royal kitchen which has the richest carving patterns on the column and the capitals. This kitchen used to be full of activities during the cooking of food for the agricultural festivals.

On the eastern side of the Royal Kitchen there is a lobby with a skylight containing the main door of the corridor which is laid out north south. The space located at the northern edge of the corridor is the royal room which is a traditional house with the spaces for sleeping, sitting, cooking, and two small storage spaces, a toilet and storage space on the south side of the room. The space at the south edge is the Royal Rani's (Queen) Room, this has a fire place in the north wall and it has the traditional roof structure with the rotated square. From the north edge of the corridor further is the corridor which is laid out east west ward leads to stairs made of rubble stone masonry.

After climbing these stairs there is the three floor watch tower constructed. The storage space is located at the south side of the tower and it is located at the higher level of the rock. The mosque, the royal throne and the guest rooms are at the north side of the watch tower with a minor level difference. Structurally the watch tower is rich in features containing cribbage work and mud brick infill, with windows looking in all directions. The royal throne is placed in front of the mosque on the eastern side with a panoramic view of the Altit settlement."

The fort is being restored by the Aga Khan Historic Cities Programme. 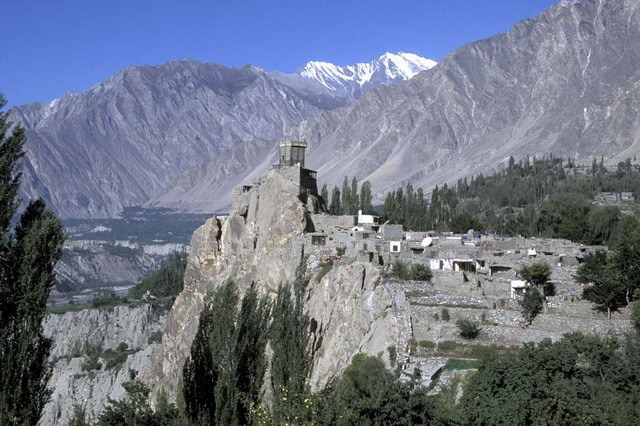