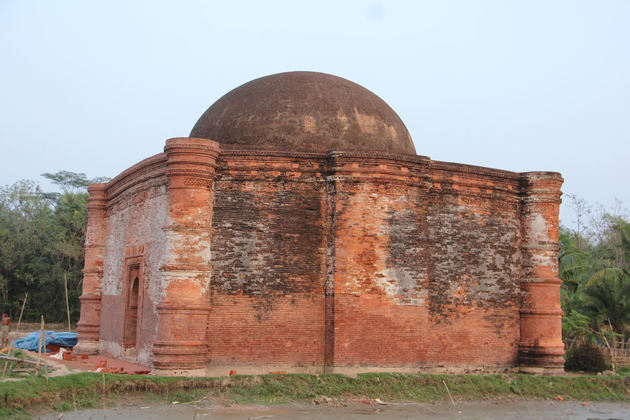 This single domed mosque is locally considered to be contemporary with Khan Jahan Ali style mosques of Khalifatabad, present date Bagerhat, Bangladesh. Based on architectural style the date of construction can be estimated to be mid-fifteenth century (K. Alamgir).

The Chunakhola Mosque is a single domed square type sultanate mosque; that is, a square structure crowned with a single dome. The mosque is situated at one kilometer north-west of famous Shaitgambud Mosque.

The mosque measures 45'5" x 45'0" square externally while internally it has a square plan of 25'2" x 25'2". The structure is a single chamber, roofed over by a hemispherical dome. The eastern façade has three arched openings to the prayer hall, where northern and southern façades have one arched opening each. The dome is internally carried on by four intersecting arches springing from stone pillars and brick pilasters attached to the side walls. There are three mihrabs, each aligned with the three entrances at east and the central portion of the qibla wall is projected westward from the ground to the roof. Stylistically this kind is known as Khan Jahan Ali architecture, commonly found in and around south-western part of Bangladesh.

The square structure is buttressed by four corner circular turrets. These turrets end at the level of parapet walls and ribbed in typical Bengali Sultanate fashion. The façades are capped by curvilinear cornices of pre-Mughal type. Exterior façades are of plain brick texture with advanced frame arched opening with terracotta jali designs. The central entrance is larger than the side ones which are slightly narrower and dwarfish. There are three terracotta mihrabs in the qibla wall; the central one is larger and the flanking ones narrower and dwarfish similar to the front façade. All three mihrabs are flanked by small pillars with terracotta at the base and at the capital (K. Alamgir). 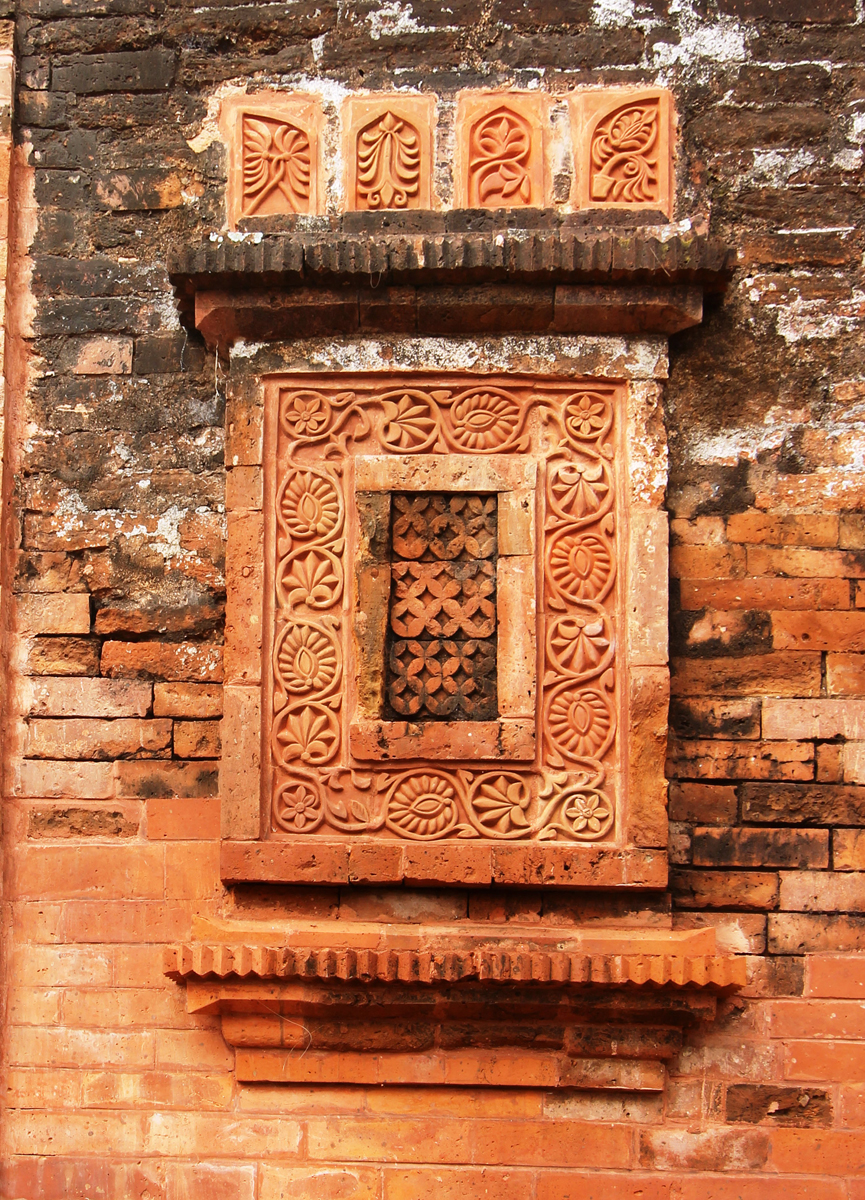