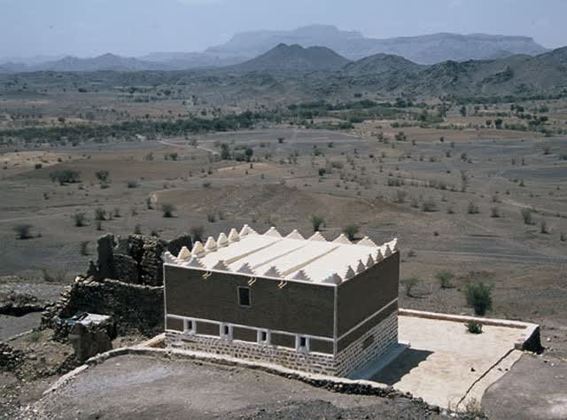 Share
Recipient of the Aga Khan Award for Architecture in 2004.
Al-Abbas Mosque is a testimony to the living traditions and architectural achievements of one of the world's earliest civilizations. Built over 800 years ago, the mosque is situated on the remains of a pre-Islamic shrine or temple on a site considered sacred since ancient times. Its cubic form also has ancient precedents, including the Ka'ba in Mecca. The local population continues to revere the mosque and the site today still holds special significance for them.

Set in the highlands of Yemen, 40 kilometres from Sana'a, Al-Abbas Mosque dates from the last days of the Sulayhid Dynasty. An inscription in the interior dates the building to Dhu al-Hijjah 519 (December 1125-January 1126 in the Gregorian calendar) and names the founder as Sultan Musa bin Muhammed al-Fitti. Another inscription names the builder or architect as Muhammed ibn Abul-Fath ibn Arhab. But the mosque is in fact named after a little-known figure called 'Abbas', a holy man who is believed to be buried there.

The lower parts of the mosque's walls are made of stone, with mud bricks at the upper levels. Almost square in plan, the mosque has a flat roof, making it cubic in shape. Inside are six columns, four in stone dating from pre-Islamic times and two in brick. Three of the columns have antique capitals. The columns divide the interior into four rows, leading towards the mihrab wall.

The mosque's elaborate coffered ceiling is in complete contrast to the building's modest exterior. Most of it has survived intact since its construction. The ceiling's twenty-two caissons are covered with intricate decoration carved, gilded and painted in tempera on a wooden support.

By the 1980s, the ceiling was suffering from rot and warping. In 1985, the Yemeni Government asked the French Centre for Yemeni Studies in Sana'a to help preserve it. The ceiling was dismantled with funding from UNESCO and removed to the National Museum at Sana'a. In 1987 the French Centre asked archaeologist and conservator Marylène Barret to carry out the restoration of the ceiling, which took three years. The cleaning and restoration was a slow, painstaking process, and the importance of preserving the history of the ceiling was respected.

Major repairs were also required on the roof, and the decision was taken to restore the fabric of the building itself. Marylène Barret undertook this work with Yemeni architect Abdullah al-Hadrami, together with a team of French and Yemeni archaeologists and the best local craftsmen, who completed the restoration project in 1996.

Traditional materials and techniques -- many still in use today, such as qudad, a traditional mortar composed of lime and volcanic aggregate that is polished with a smooth stone and daubed with animal fat -- were employed wherever possible. No speculative elements were inserted: all new elements can be traced back to original examples in both their form and their location.

After the completion of the roof, one thousand separate pieces of ceiling were carefully assembled like a puzzle and numbered in the museum. They were then transported to the mosque, one row at a time, and fixed to an ingenious new supporting structure of U-shaped box beams that is entirely hidden now that the restored panels are in place.

Since the restoration, the building's original elegance and decoration have come alive, increasing the interest of the local residents, who are proud of their mosque and are especially happy to see the beautiful ceiling back in place. The restoration principles employed in Al-Abbas Mosque may well serve as a guide for further projects concerned with the preservation of cultural property, and the project may stimulate further research, particularly in relation to a number of ruins surrounding the mosque site.

Jury Citation:
"This scheme has been chosen to receive an Award because it applies exemplary conservation standards and engages local pride in safeguarding this culturally significant monument for future generations. The project represents the establishment of a successful and sustainable partnership between local and external expertise for the conservation process. Although the restoration spanned approximately ten years during exceptional political conditions, the consistency, dedication and commitment of both the external and local stakeholders ensured that the fabric of the building was not compromised in any way. In fact, the process has raised the benchmark for restoration in the region, reviving traditional practices in tandem with modern scientific approaches to conservation. These range from the use of traditional mortars and plasters to complex structural repairs and the conservation of the delicate decorative ceiling paintings. The project also demonstrates sensitivity in dealing with the building as a living fabric. The restoration has extended the significance and usefulness of this historic mosque for the benefit of the larger social, cultural and physical landscape in which it is situated." 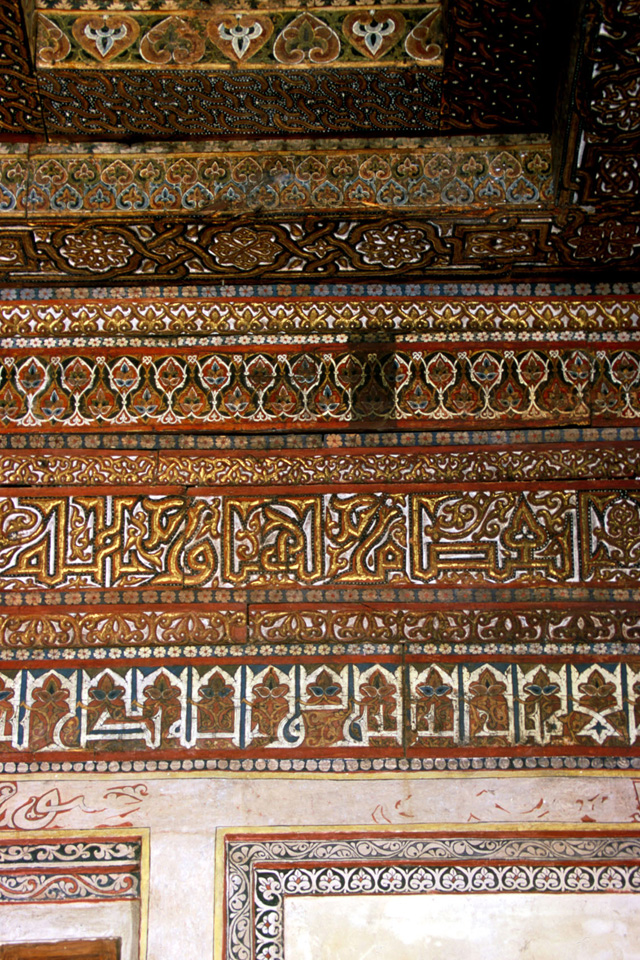