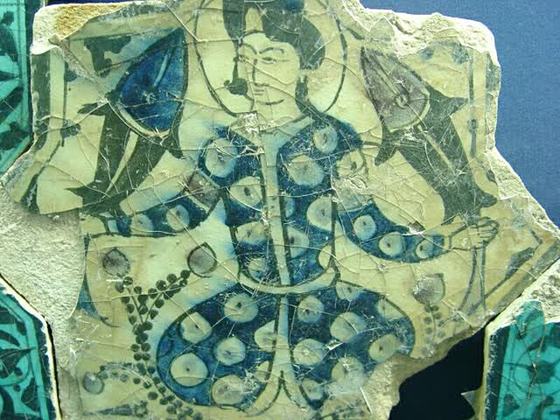 Share
The Kubadabad Palace, established as the summer residence of Seljuk Sultan Alaeddin Keykubad (1220-1236), lies on the south-west shores of Lake Beysehir, west of Konya. It was first discovered in 1949 by Zeki Oral, and subsequently excavated in the 1960s by K. Otto-Dorn and more recently by a team of archaeologist from Ankara University under the direction of Prof. Rüçhan Arik. The palace is one of a suite of buildings that make up the royal vacation town of Kubadabad, formerly only know from the descriptions of the contemporary historian Ibn Bibi. The complex probably once included the so-called Maiden's Castle (Kiz Kalesi), a wood and stone building on an island in Lake Beysehir. The timbers of this building were cut in 1156, suggesting that it may have been pre-existing and later incorporated into the palace.

The plan of the palace complex is neither symmetrical nor monumental. Two among the sixteen foundations in the complex have been identified as palatial residences. The larger one is fifty by thirty-five meters, with a lake front terrace. It is entered through a stone-paved courtyard with rooms on the south and east sides. A gateway in the northern wall leads to the sultan's quarters and to the brick iwan that served as the throne room. The lakeshore also has a small dockyard, where some of the juniper pilings remain intact. Dendrochronology shows that these trees were cut down in 1231.

The palace is best known for the remarkable polychrome wall tiles recovered in the excavations, many of which are now in the Karatay Museum in Konya. Typical tiles are white, eight-pointed stars and have delicate figural paintings of humans and animals, including some of the best in Anatolian Seljuk representational art. Painted with an underglaze in turquoise, green, purple, and blue, these figural tiles are set on a background of cruciform-shaped turquoise tiles with arabesque motifs in black. Excavations within the city suggest that the tiles were manufactured on-site.

The figural tiles include a wide range of depictions. The sultan is shown sitting cross-legged on some tiles, surrounded by dignitaries of the court. Among the natural beasts depicted on the tiles are birds, dogs, foxes, horses, bears, rabbits and peacocks. Other tiles show supernatural animals such as sphinxes, griffins, double-headed eagles, and dragons. Many of the figures depicted on the tiles can be seen carved in stone on Seljuk buildings of the period. Stucco panels with hunting scenes were also unearthed in excavations at Kubadabad and placed in the Karatay Museum. 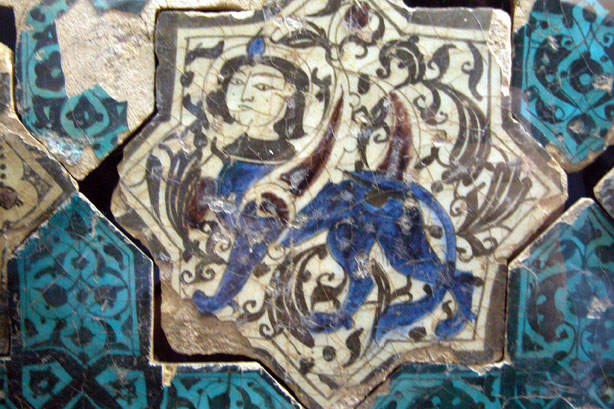