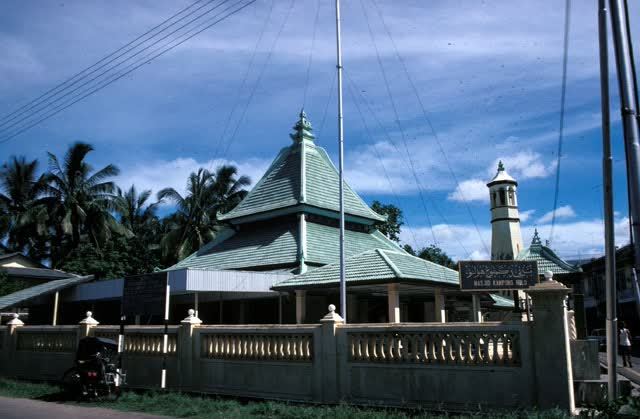 Share
Built in 1728, Masjid Kampung Hulu is the oldest functioning mosque in Malaysia in its original location, at the corner of Jalan Masjid Kampung Hulu and Jalan Masjid in the old commercial district, now dominated by Chinese shop-houses. Commissioned by the Dutch during their colonial occupation, the mosque was a result of a new policy of religious pluralism. Their colonial predecessors, the Portuguese, had destroyed all signs of non-Christian establishments upon their occupation in 1511. This included the tearing down of Malacca's first mosque, which had reputedly stood across from where the Stadhuys, the 1650s Dutch town hall that also served as the offices of the Dutch East India Company stands today. The Dutch assigned coordinating "Kapitans" to head the local populations in the reconstruction of their places of worship. Dato Samsuddin Bin Arom, or Dato Shamsudin, was commissioned to build the Masjid Kampung Hulu. It was later renovated by Wazir Al Sheikh Omar bin Hussain Al-Attas.

Partly due to the Dutch encouragement of cultural cross-pollination, the style of the mosque is reflective of a Javanese mosque. The regionally characteristic roof consists of three ascending layers of flared pyramidal roofs, separated by gaps to allow direct air and light into the building. These tiers are held aloft by four great columns in the center extending to outer columns for the lower, wider roofs. The centralized vertical hierarchy lends the structure to a square plan only disrupted by a small section of the porch area of the iwan, which juts from the front of the mosque. Masjid Kampung Hulu does not employ the Javanese tradition of using timber as the material for the walls, and instead engages stone and brick. The mosque is similarly unique in its elevation from the ground on a low stone perimeter wall.

Like other Malaccan mosques, Chinese ornamentation is revealed in the Masjid Kampung Hulu, including the crown like pinnacle surmounting the roofs and the curved eaves. It further incorporates materials imported from the Chinese Qing Empire, such as ceramic roof and floor tiles. Masjid Kampong Hulu further asserts its distinctiveness in its use of carved sea stones lining the inside of the dome.

Its stone minaret is also distinctly Malaccan in its adherence to a pagoda-form. The Tranquerah mosque was built in Malacca in the same year. 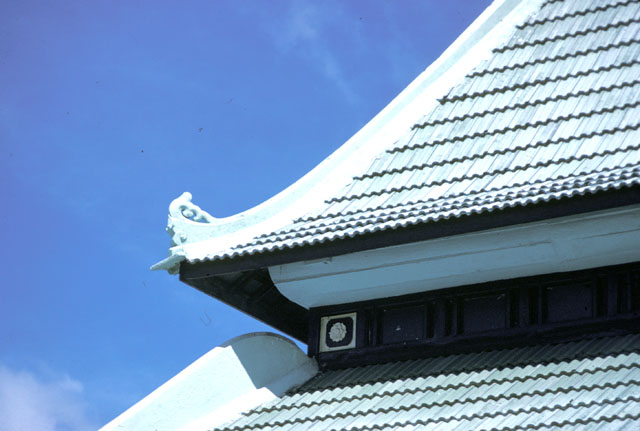