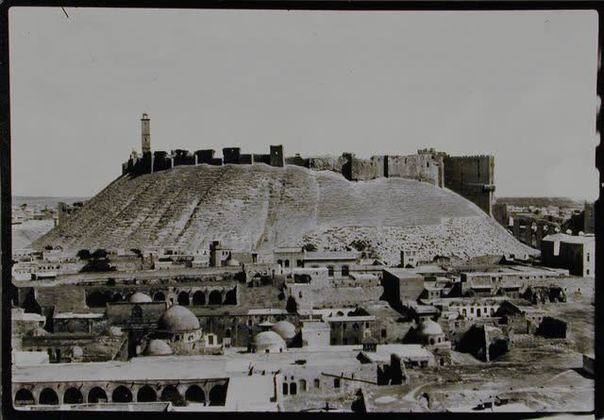 Share
The Citadel of Aleppo is the most prominent historic architectural site in Aleppo. It was recognized as a World Heritage Site by UNESCO in 1986. Its majestic stature forms the center of the city; in fact the city wraps around it extending a spider-like infrastructural web of streets forming the city's organic urban form.
The Citadel has an elliptical base with a length of 450m and width of 325m, at the top this ellipse measures 285m by 160m with the height of this slanting foundation measuring 50m. The entire mound was covered with large blocks of gleaming limestone that unified the built structure with the hill thus increasing its visual scale. It was also surrounded by a moat filled with water to protect against intruders. The Citadel hovers over the city in a uniqueness that rivals the larger Citadel of Cairo and the more massive Citadel of Damascus.
Although the Citadel is an Islamic landmark, archeological digs have uncovered Roman and Byzantine ruins dating back to the 9th century BC. The Citadel was originally a Neo-Hittite acropolis built on a natural hill; this provided a strategic site for a military fortress to guard and protect the surrounding agricultural areas.
Sayf al-Dawla (944-967), the first Hamdanid ruler of Aleppo, built the fortress and used the citadel as a military center of power over his region. Zangid ruler Nur al-Din (1147-1174) fortified the citadel and added some structures such as the Small Mosque of the Citadel (the Lower Maqam Ibrahim). But it wasn't until Ayyubid period during the reign of al-Malik al-Zahir Ghazi of Aleppo (r. 1186-1216) that the Citadel went through major reconstruction, fortification and addition of new structures that create the complex of the Citadel in its current form. During the first decade of the thirteenth century the citadel evolved into a palatial city that included functions ranging from residential (palaces and baths), religious (mosque and shrines), military installations (arsenal, training ground defense towers and the entrance block) and supporting elements (water cisterns and granaries).
The most prominent renovation is the monumental Entrance Block that al-Malik al-Zahir rebuilt during the later years of his reign. Seven large arches structure the bridge that leads up to the Citadel over the moat. It is punctuated at the bottom by a defense gate with two towers and at the top of the ramped bridge by the Gate of Serpents and the Gate of the Two Lions. A complex defense mode was developed in the sequence of movement into the Citadel, as perpetrators would have to penetrate 3 iron doors and change direction 6 times through a series of 90 degree abrupt turns while being subjected to hot liquids being poured through the slit openings on the upper floors. These defense strategies made the Citadel of Aleppo one of the hardest forts to conquer in the region.
Al-Malik al-Zahir's also constructed the Great Mosque of the Citadel in 1214. Its situation at the highest point of the Citadel, with its towering minaret that is 21m high, extended both the citadels visibility and its defense to greater distances. Here the minaret begins to play a religious and military role; this duality merges the virtues of power and piety in the icon of the Islamic faith.
In addition to the Entrance Block and Great Mosque, al-Malik al-Zahir constructed a new palace on the citadel famous for its monumental entrance portal and fountain courtyard.
In 1415 the Mamluk governor of Aleppo, prince Sayf al-Din Jakam, was authorized to rebuild the Citadel after the Mongol invasion of Timur in 1410. His most important addition was the new Mamluk palace within the Entrance Block, rising above the Ayyubid tower at the top of the entry ramp. The Ayyubid palace was almost completely abandoned during this period. The Mamluk period also administered restoration and preservation projects on the Citadel, the last one under the reign of the final Mamluk sultan Qansuh al-Ghawri was replacing the flat ceiling of the palace with 9 domes.
In a building campaign that lasted from 1505-6 - 1509-10/911 - 915 AH, Mamluk Sultan Qansuh al-Ghuri constructed the lower tower (barbican) of the Entrance Complex and rebuilt two towers on the glacis: one on the south side, east of the Entrance Complex, and one on the north.
During the Ottoman period, the military role of the Citadel as a defense fortress slowly diminished as the city began to grow outside the city walls and was taking its form as a commercial metropolis. Large restoration projects took place after the Citadel was heavily damaged in the earthquake of 1828. These restoration operations continued throughout the next century until the present. The throne room went through a major restoration and rebuilding in the late 1970s. The amphitheater was completely renovated in the 1980s with new stone seats lining the old and modern sound/light technology was installed to hold summer festivals and concerts.
In 2000 the Aga Khan Historic Cities Programme initiated a major restoration project for the Citadel of Aleppo. The work consisted of structural preservation to the tower walls and replacing missing stones to the walls and arches. The project also included excavation of a part of the Citadel crown, which revealed the remains of the Ottoman period occupation.
A portion of the perimeter wall was destroyed during the Syrian Civil War in July 2015. 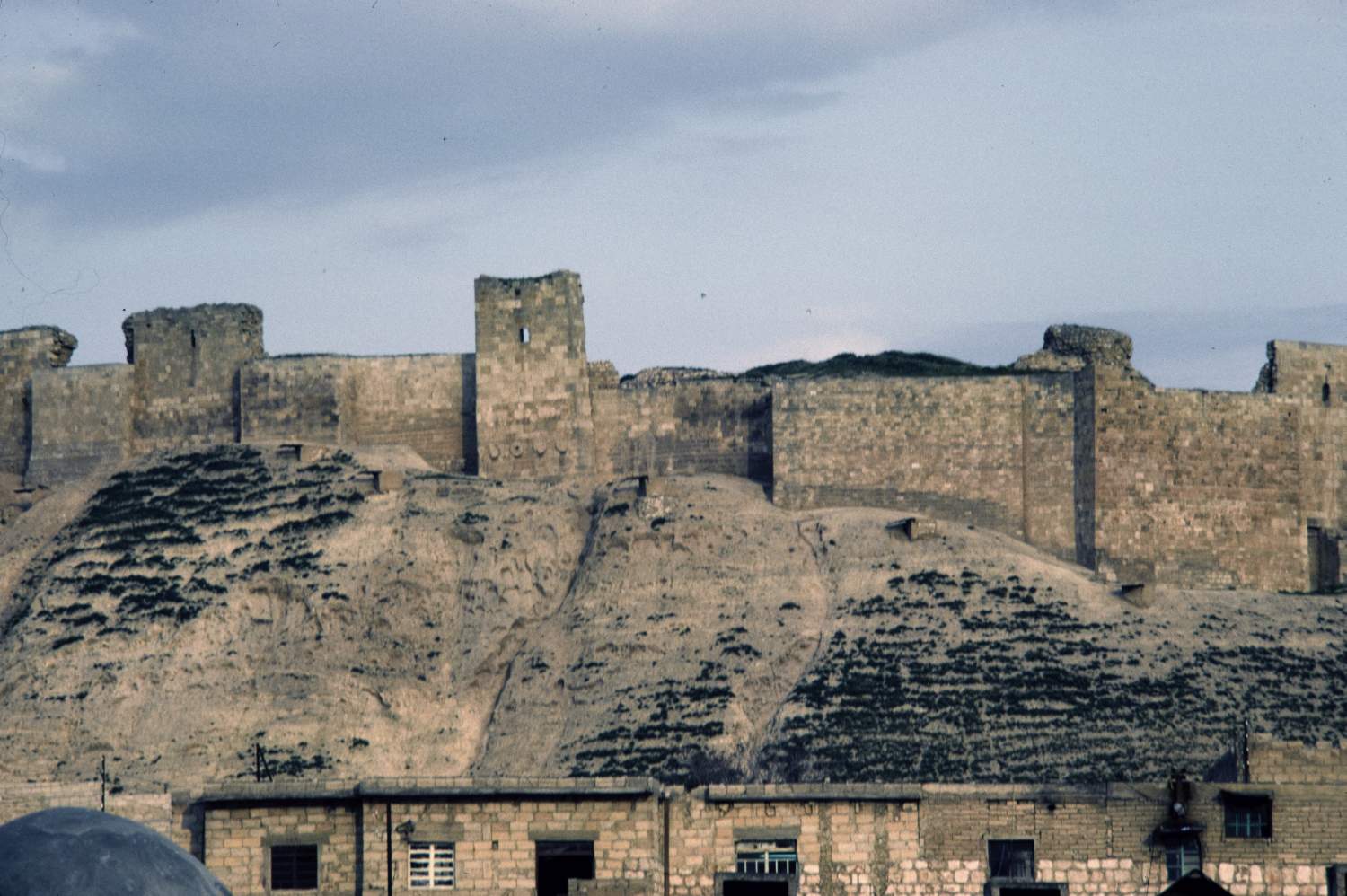