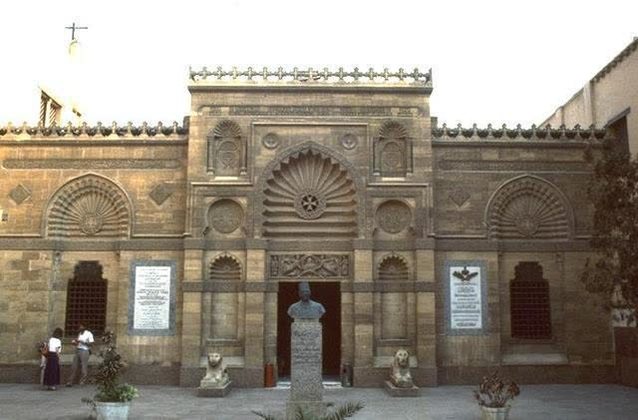 Share
The Coptic Museum lies behind the walls of the famous Roman Fortress of Babylon in the ancient district of Cairo (Misr Al-Qadima). The area surrounding the museum abounds in lively monuments of open museums that depict the history of the Coptic Period in Egypt. The museum was founded in 1910 by Marcus Simaika Pasha, and is the most recently founded of Cairo's major museums. Its collection contains antiquities primarily of the Coptic period (300 to 1000 AD) or of Christian usage, and is one of the richest collections of Coptic art in the world. The museum consists of two wings divided into several halls: the old wing was inaugurated in 1910 and comprises 13 sections, while the new wing was opened to the public on February 20, 1947 and encompasses 17 halls. The State undertook continuous restorations of the historical building and the museum was re-inaugurated on March 8, 1984 by President Mubarak.

Coptic Monuments are considered as a liaison between Ancient Egyptian Art during the Pharaonic and the Graeco-Roman periods on one hand, and the Islamic era on the other. Many of these artifacts are of interest to students of Islamic Cairo because they either influenced the making of Islamic objects or were themselves made under Islamic dynasties. The objects displayed in the Coptic Museum number approximately 16000 pieces, arranged as possible in chronological order. The old wing of the museum houses a collection of wood furnishings, including ceiling panels, mashrabiyya screens, pieces of furniture, and inlaid doors. Of special note is the sanctuary screen of sycamore wood from the Church of Saint Barbara. The penels, with human and animal figures against a foliate arabesque background, are recognizable as having been crafted in the Fatimid period, either in the eleventh or twelfth century. The collection housed in the new wing shows how various styles and themes, such as geometric designs, scrolls of acanthus and vine leaves, and friezes, inhabited by rabbits, peacocks, birds, and rural activities, passed from the Hellenistic and Coptic legacy into the Islamic artistic vocabulary in Egypt. It is most likely that the niche in the Christian monk's cell that oriented him in prayer toward Jerusalem inspired the shape of the mihrab in an Egyptian mosque, and the star shape of the Egyptian minbar was derived from the pre-Islamic Coptic pulpit.

The main door of the museum is in a handsome limestone facade that bears a great resemblance to the facade of the Mosque of al-Aqmar. This is an evocation of the creative relationship between the Copts and their Muslim rulers during the Fatimid period. 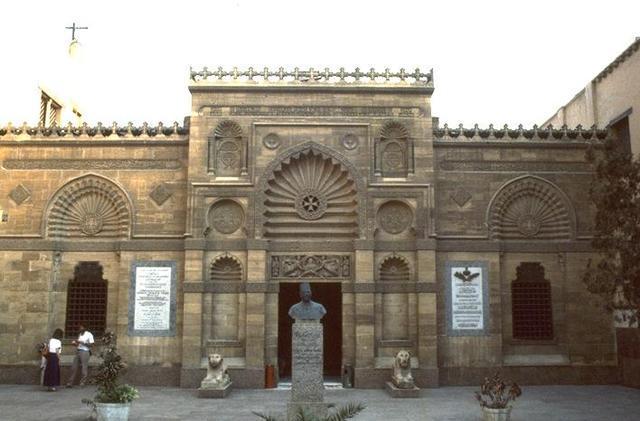