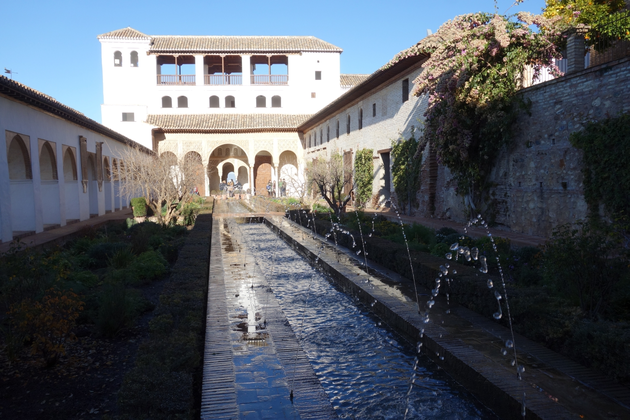 Share
The Generalife, built during the reign of Muhammad III (1302-1309), was used as a Nasrid summer retreat. The name may be derived from the Arabic jinan al-'arif (gardens of the overseer). Separated from the Alhambra by a gorge, and overlooking the Nasrid palatine city, the Generalife is composed of terraces arranged on the hillside, with pavilions overlooking the courtyard and lush gardens. From the Generalife, the Nasrid rulers and their guests would also have enjoyed views of a productive landscape of orchards, crops, and grazing animals.

The Acequía Court, located on the lowest terrace, consists of a rectangular court divided into four quadrants by long water channels, with a basin at the centre. A gallery with a mirador runs along the west side of the court, providing dramatic views of the landscape and of the Alhambra. A pavilion on the north end also contains a mirador, and overlooks the Albaicin quarter of Granada. The three-storied pavilion on the southern end of the court was used as a residence. Both pavilions open onto the Acequía Court through arcades.

The highest terrace of the complex is linked to the lower levels by a stairway whose water-channel balustrade connects three circular landings, each with its own shallow basin and jet at its centre. Each landing provides dramatic views over the landscape, juxtaposed with the visual play of water and stone. 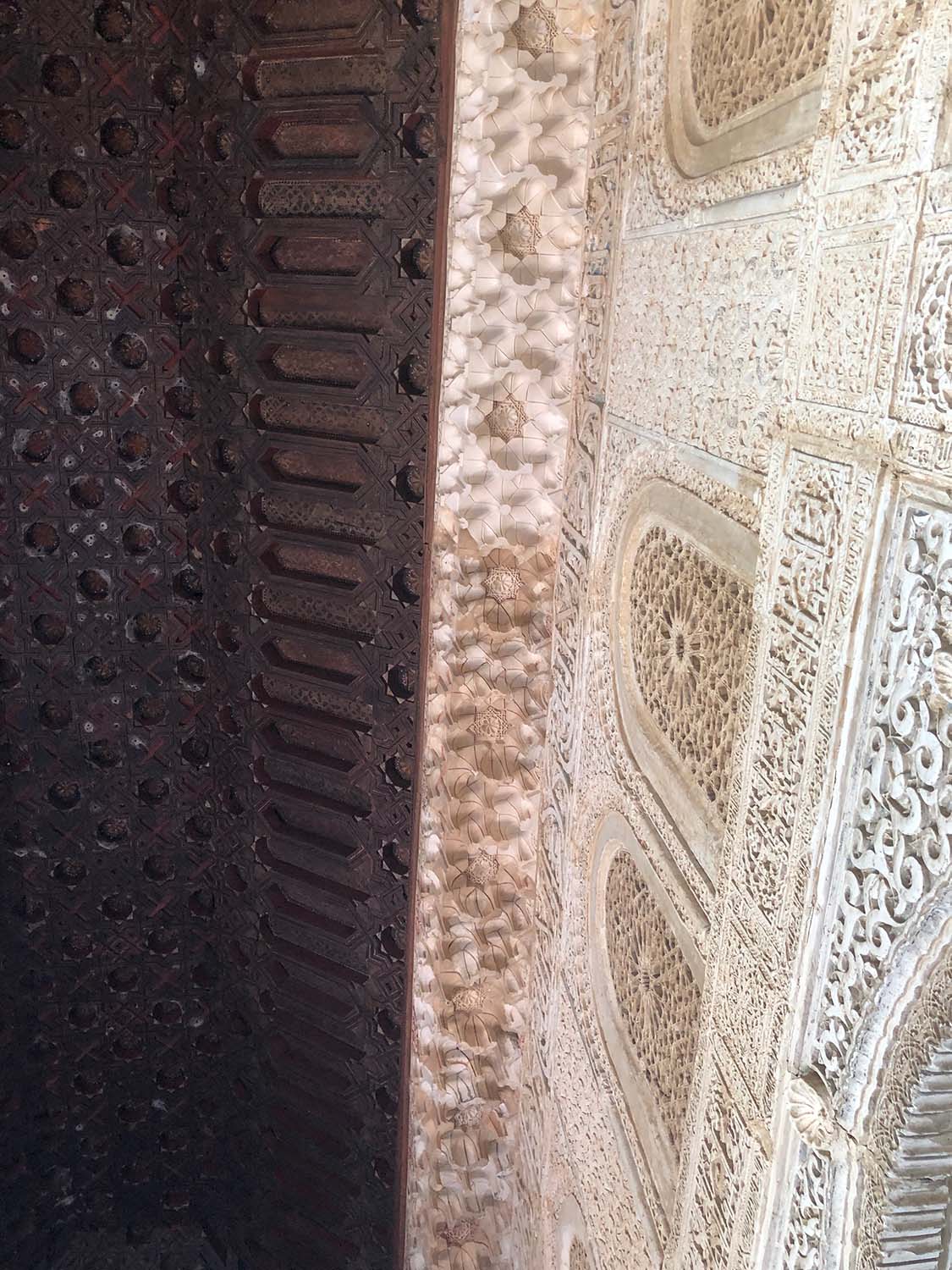