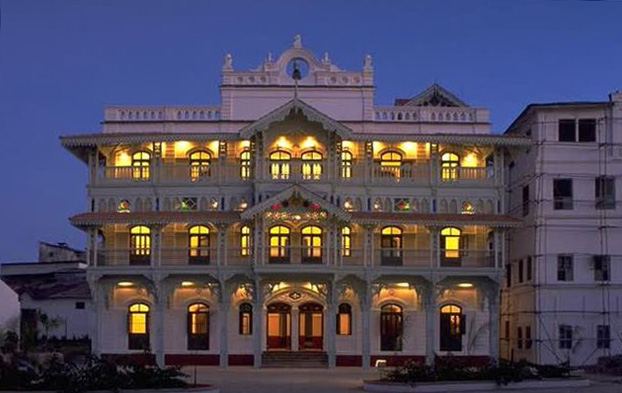 Share
Zanzibar, an ancient trading post on the Indian Ocean maritime routes, has remained one of the few truly cosmopolitan cultural sites in East Africa. When Henry Morton Stanley sailed into Zanzibar in 1871, he could still describe it as "the greatest commercial mart on the east coast of Africa". In its heyday in the late 19th century, it became a melting pot of Omani, Indian and, later, European influences, which merged into Swahili culture.

Today, Zanzibar occupies a far smaller place in the economy and politics of East Africa. If you approach by sea, it is still a breathtaking sight, silhouetted against the blue like a brilliant, white cliff of coral. But behind the magnificent facade, history has moved on. As the past becomes less and less relevant to the present, so it is being allowed to crumble. (Battle, Stephen. 1991. Heritage: Zanzibar Revisted. In MIMAR 41: Architecture in Development. London: Concept Media Ltd).

Although certain institutions of the Aga Khan Development Network trace their history in Zanzibar to the turn of the century, the first involvement of the Aga Khan Trust for Culture (AKTC) in Zanzibar dates to 1988, when the Aga Khan Award for Architecture organized an international seminar on the island. This event raised the Trust's interest in the rehabilitation of the old Stone Town.

The Old Dispensary in Zanzibar was the first project in Stone Town by AKTC as part of a larger seafront rehabilitation programme. The building is so-called because it was used up until 1964 as a charitable dispensary, financed from an endowment made by a prominent businessman whose name now adorns its front. It was built by another prominent and immensely wealthy businessman, Sir Tharia Thopan. The foundation stone was laid in 1887 to mark the jubilee of Queen Victoria, and Thopan's intention was for it to be used as a hospital. He died before it was completed and the building was sold off after a family quarrel.

The Old Dispensary housed a dispensary on the ground floor, with a pharmacy and a resident doctor. The trustees set up a dispensary on the ground floor of the building, and subdivided the upper two floors into apartments. This mixed use of the building continued until the revolution in 1964, when the inhabitants fled the island and the dispensary fell into disuse. As with most other structures in Zanzibar, the Old Dispensary passed into government ownership and control.

Since its inauguration more than one hundred years ago, the Old Dispensary has been hailed as a symbol of multi-cultural Zanzibari architecture. It is an astonishing hybrid of styles. The ornately carved wooden balcony is characteristic of Indian buildings in the town. Inside, a covered courtyard fills the centre, rising three storeys, and crossed by bridges. It was built of traditional coral rag and lime construction, but laid over this is a highly disciplined European neo-classical ornamentation.

Its design, its rich decoration, and its construction techniques are of exceptional quality. The plan of the U-shaped building follows a traditional pattern and is characterised by a series of rather small, mostly independent rooms arranged along interior arcades facing a central courtyard. The shape of the site was difficult to deal with, yet the architects turned it to advantage and created a stunning interior space. At ground, first, and second floor levels, the substantial piers with arched openings and prominent plaster quoins and voussoirs create a grand setting. Two bridges assist in defining the space, and the horizontal plaster mouldings accentuate the feeling of height and underscore the first-class quality of the original workmanship. However, the tour de force is the courtyard's exaggerated perspective, produced by the side walls converging half-way along the length of the courtyard. This is suddenly reversed by one wall breaking forward to introduce a diverging line, complemented on the other side of the courtyard by the introduction of a one-storey block which narrows the space yet further. "The timber carving is unlike any other in the Stone Town in its sheer abundance and vivacity, and contrasts with the more restrained plaster work. Carved tendrils and stalks twist and curl through gables, flowers erupt from the brackets, and pineapples sprout from the ridges. Amidst the carved foliage, bright red, green, and blue panes of glass glitter like jewels. Eight massive columns, each one a single piece of timber forty centimetres square and over five metres long, support the principal beams running perpendicular and parallel to the facade." (Battle, Stephen. 2006).

Prior to the AKTC intervention, the building has been badly neglected over the past 30 years, and damp and misuse have taken a heavy toll on the timber and plaster work. The first stage of the conservation process involved the reconstruction of an idea of the original building through patient research and recording. The internal anatomy of the building was systematically examined in order to establish which materials were originally used and the methods and techniques by which they had been applied.

The aim of the restoration of the Old Dispensary was to respect the historic fabric of the existing building, and to try to understand the different building phases. Furthermore, AKTC ensured that all materials used in the works correspond to or were compatible with the original ones. At the same time, the work ensured that the building envelope was weather-tight, as leakages are the main cause of deterioration. Finally, minor changes which were necessary during the works were carefully recorded and identified as newly added elements. Upon completion, in 1997, the Old Dispensary was converted into the Stone Town Conservation Centre.

AKTC's efforts in Zanzibar did not end with the completion of the Old Dispensary. In response to the renewed interest in the historic area and improved prospects for tourism and private investment in Zanzibar, the need became apparent for an integrated plan for the conservation and development of the Stone Town. In 1992, the Trust assisted the Stone Town Conservation and Development Authority in launching an in-depth survey of the Stone Town and preparing a comprehensive conservation town plan, which not only identifies the heritage to be conserved, but also sets standards for appropriate new development, both at the micro-level of individual plots and at the macro-level of the overall townscape. 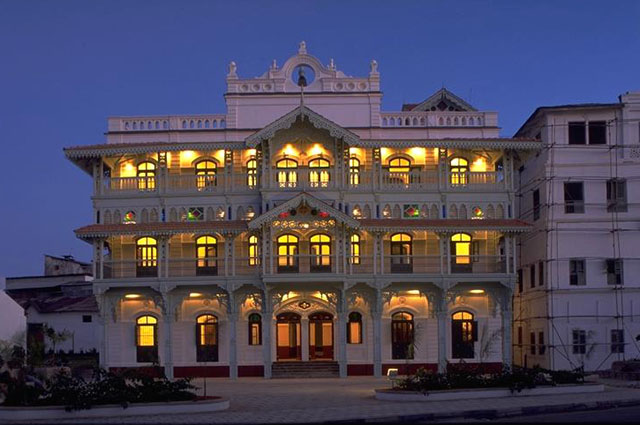