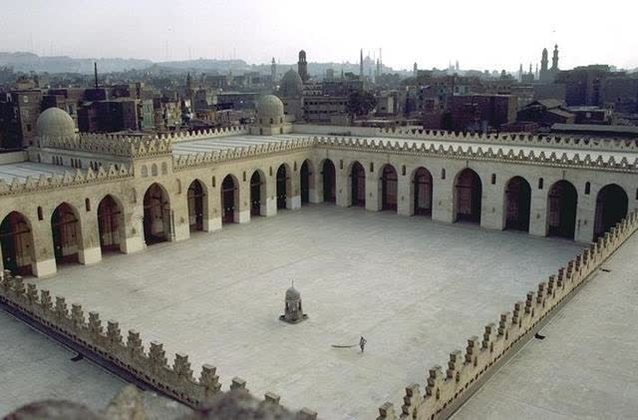 Share
Construction of the Mosque of al Hakim was begun by the Fatimid Caliph al-'Aziz in 990 and finished by his son al-Hakim bi-Amr Allah and his overseer Abu Muhammad al-Hafiz 'Abd al-Ghani ibn Sa'id al-Misri in 1013.

The mosque is constructed of brick with stone facades and minarets. Its irregular rectangular plan is composed of a rectangular courtyard surrounded by arcades supported by piers, with a prayer hall whose arcades are also carried on piers. The aisle leading to the mihrab is emphasized both in width and height. The termination of this aisle at the mihrab is marked by a dome carried on squinches, and domes mark the outer corners of the prayer hall as well.

The front facade was given a central projecting monumental portal and its two corner minarets--different in shape and decoration, were encased in projecting square stone structures during the reign of al-Hakim in 1002-3.

Bloom, Jonathan. Minaret: Symbol of Islam. n.p.: Oxford : Published by Oxford University Press for the Board of the Faculty of Oriental Studies, University of Oxford, 1989. 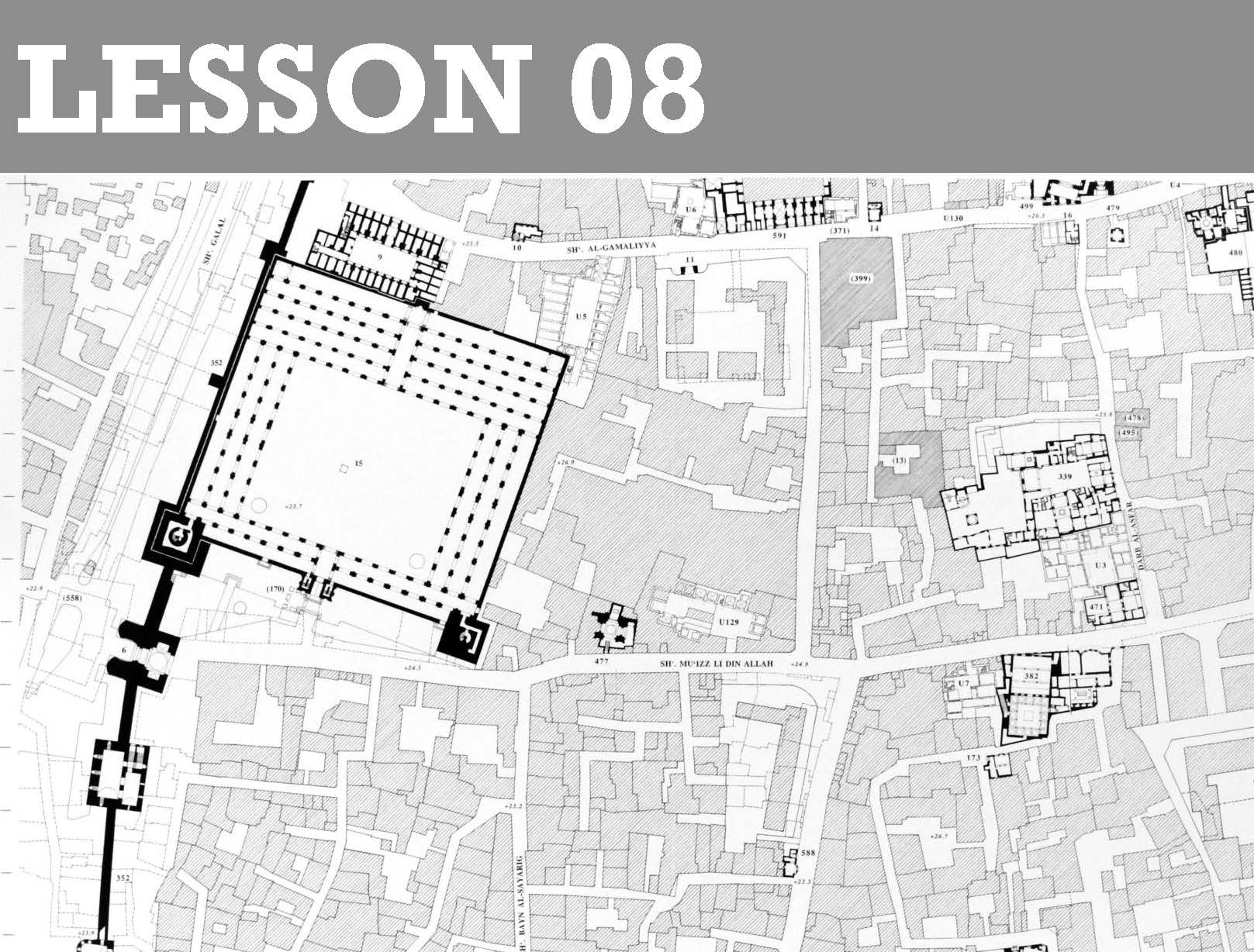 The eighth lesson in a 22 lesson course on Monuments of Islamic Architecture developed by Professors Gulru Necipoglu and David Roxburgh at the Aga Khan Program for Islamic Architecture at Harvard University. This lesson addresses the ways in which the city of Cairo changed over time in response to new conditions.