Great Mosque of Riyadh and the Old City Center Redevelopment 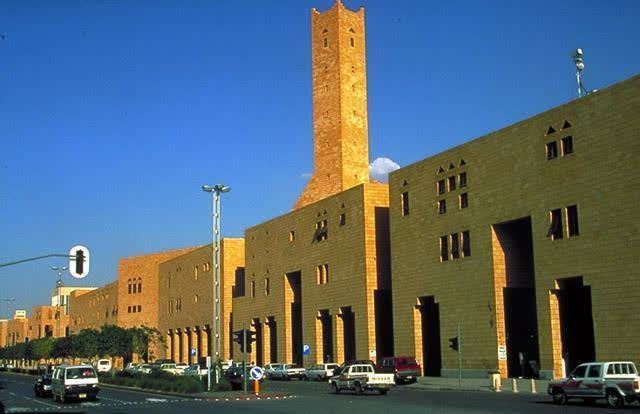 Share
Recipient of the Aga Khan Award for Architecture in 1995.
The Great Mosque of Riyadh and the urban development of nearby public squares, gates, towers, parts of the old wall, streets, and commercial facilities, comprise the second phase of a master plan to revitalise the Qasr al Hokm district, the old centre of Riyadh. (The governorate complex, and the municipality and police headquarters were completed in the first phase.) For the new work, architect Rasem Badran has recreated and transformed the spatial character of the local Najdi architectural idiom without directly copying it. Externally, the complex is a group of buildings behind walls, punctuated by such traditional elements as gates and towers. Within, columns, courtyards and narrow passageways recall the traditional uses of space. The mosque, set within public areas, takes its traditional place as a centre of worship integrated into the urban fabric, rather than standing clear as an independent monument. Mosque components -- courtyards, arcades, and the flat-roofed prayer hall - are ordered and articulated in the traditional way. Two square minarets indicate the qibla direction on the skyline. The outer walls are clad in local limestone, penetrated by small, triangular openings in patterned formations, that resemble traditional building practices and create a further dialogue between the past and the present, while helping to cut the harsh glare of the sun. The courtyards and open squares are landscaped with palm trees to provide shade; granite benches and drinking fountains make them a popular place for families. The jury notes that because the mosque has already elicited interest in the intellectual community, its underlying design methodologies may affect for the better the design of future mosques. 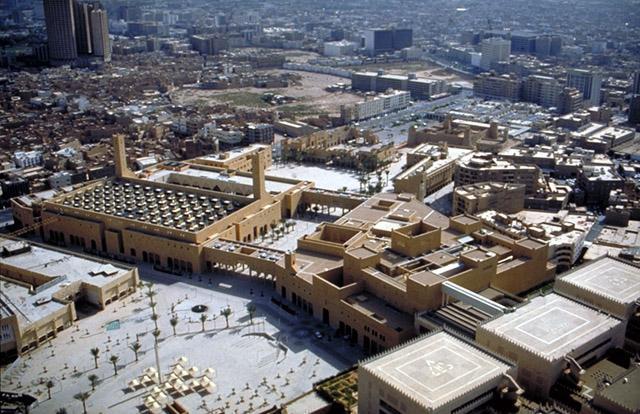