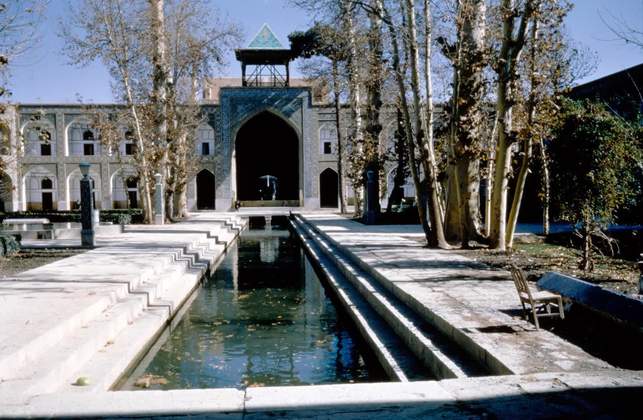 Share
Better known as a part of the Sultani Madrasa, Chahar Bagh Madrasa or Madrasa Madar-i Shah, the Caravanserai and Bazaar of Shah Husayn I is an integral constituent of one of the largest urban complexes in medieval Iran. A sophisticated architectural arrangement of diverse institutional functions, this complex consists of a madrasa, a mosque, a caravanserai, and a bazaar.

The scale and complexity of interrelations within this cluster of buildings justifies comparison to the diverse groupings of mosque, inn, madrasa, bazaar and public bath in Anatolian complexes such as that of Ibrahim Bey at Qaraman. Often considered the last great monumental building project in Safavid Iran, this was the last imperial complex on the Chahar Bagh Avenue, the primary axis of Isfahan to the Allahverdi Bridge across the Zayandeh River. The buildings are predominantly on an east-west axis, determined by and built upon the Farshadi canal that once flowed through the mulberry gardens of the neighboring imperial Naqsh-i Jahan palace.

Construction of the complex began in 1704 under the patronage of Shah Hussein I, the last Safavid emperor, and continued until the end of the eighteenth century. The complex is attributed to the influence of the then-Mudarris (head religious scholar), Mir Muhammad Baqir Khatunabadi, on the reigning Shah Hussain I. The relationship between this scholar and ruler has been likened to that between the scholar Sheikh Lutfallah and the Safavid ruler Shah Abbas, which gave rise to Isfahan's famed Sheikh Lutfallah mosque.

The complex system of finances, grants and taxes that sustained the caravanserai and bazaar of Shah Husain I was a seminal act of financial engineering. It cross-subsidized the public functions of the college and mosque from the monetary income generated by the inn and shops. An entire ministry headed by a Vizier-i Halal (minister of religiously lawful things) was created to govern this unprecedented denomination of waqf (charitable endowment) in cash rather than the traditional land revenue grant. Equally noteworthy is the admirable architectural quality of the complex, contrasting with the decline of Safavid prosperity and the associated loss of aesthetic taste and patronage typical to waning imperial dynasties, as seen in Safavid contemporaries, the later Mughals of India. Ironically, Shah Hussain I is believed to have spent his last night as a captive in the Madrasa Madar-i-Shah before his decapitation by invading Afghans. The complex today houses the graves of many of its patrons and members of the Safavid royal family.
The caravanserai portion of the complex was converted into a luxury hotel called the Shah Abbas Hotel or Abbasi Hotel in the early 20th century.

The madrasa (theological college), the pivotal building at the southern end of the institutional ensemble, is built around an idyllic central courtyard within which the ancient Farshadi Canal is reinterpreted as a central waterway lined with cypress and fir trees. Connected by a gateway to the north is the bazaar or market with its thousand two-storied shops in a street covered by a series of brick domes. Also known as the Bazarcha Buland (great market), this space was once famed for its oil pressers and coffee shops. This space has a remarkable quality of light; daylight filters through the skylights located in the eyes of the domes which cover the street. To the east of the bazaar and madrasa lies the caravanserai (travelers' inn), which forms the single largest component of the complex with porticos at its corners and rooms at two floor levels. This inn finds repeated mention in travelers' accounts of Iran from the eighteenth century and was the hub of international trade in late Safavid Isfahan. This spatial interconnectedness reflected the underlying functional and financing mechanisms by which the inn, with its stables, and the bazaar generated income for the upkeep and maintenance of the scholars, students, buildings and ceremonies of the mosque and madrasa.

The early Safavid tradition of decorative color and tile work can be traced through the yellow and blue tiles in the madrasa's main portal iwan and the enameled tile work on its flanking minarets. The southern dome adorned with intertwining black, yellow and white arabesques on a turquoise blue base also has the traditional alternate bands of lapis lazuli blue and calligraphic inscriptions on its drum. The previous emphasis on floral patterns is reduced in favor of a simpler contrast between yellow brickwork and inset tile mosaic panels. Greatly restored in recent decades, the caravanserai and bazaar of Shah Husain I still provide calm oases in the center of Isfahan. 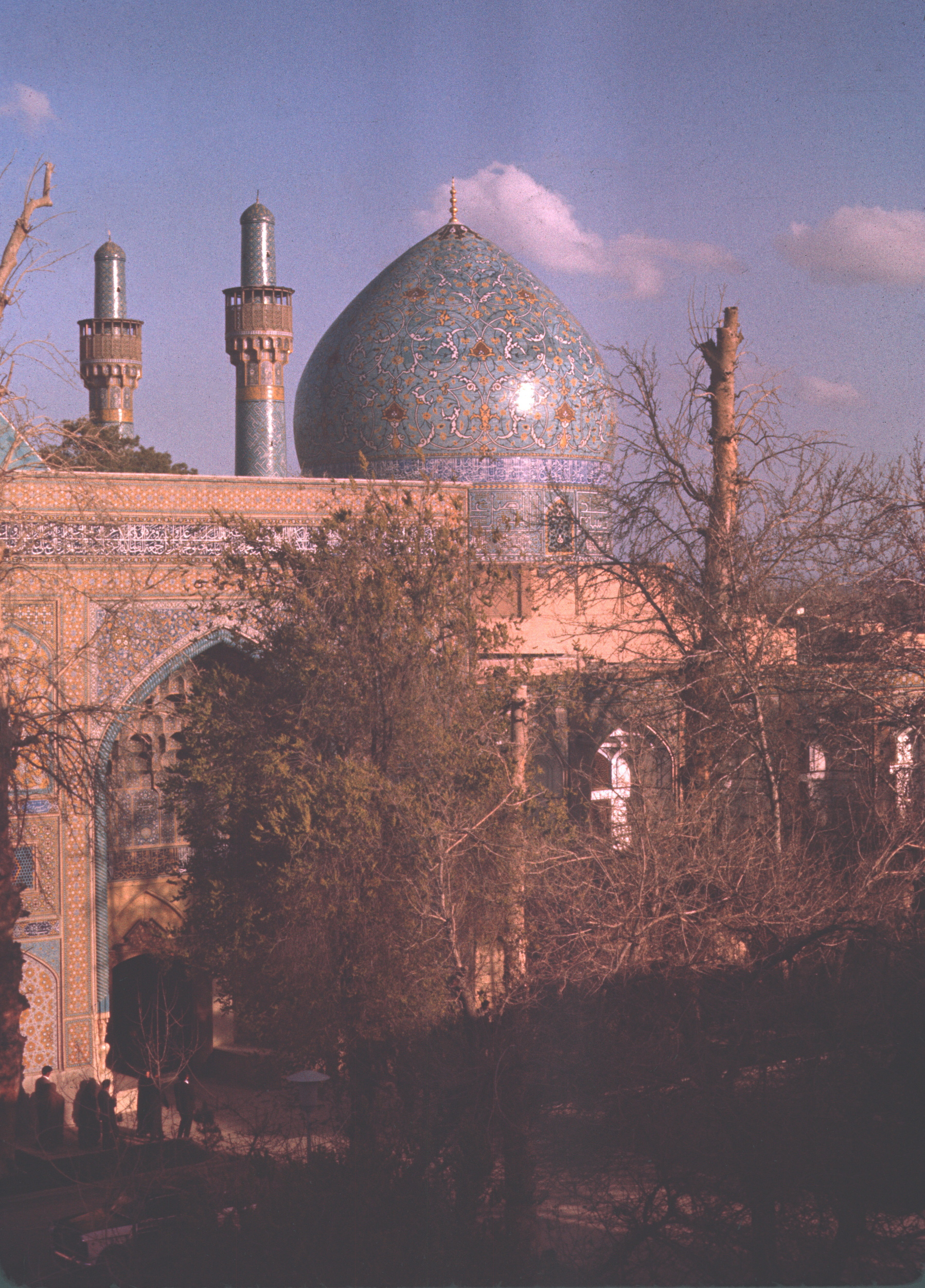